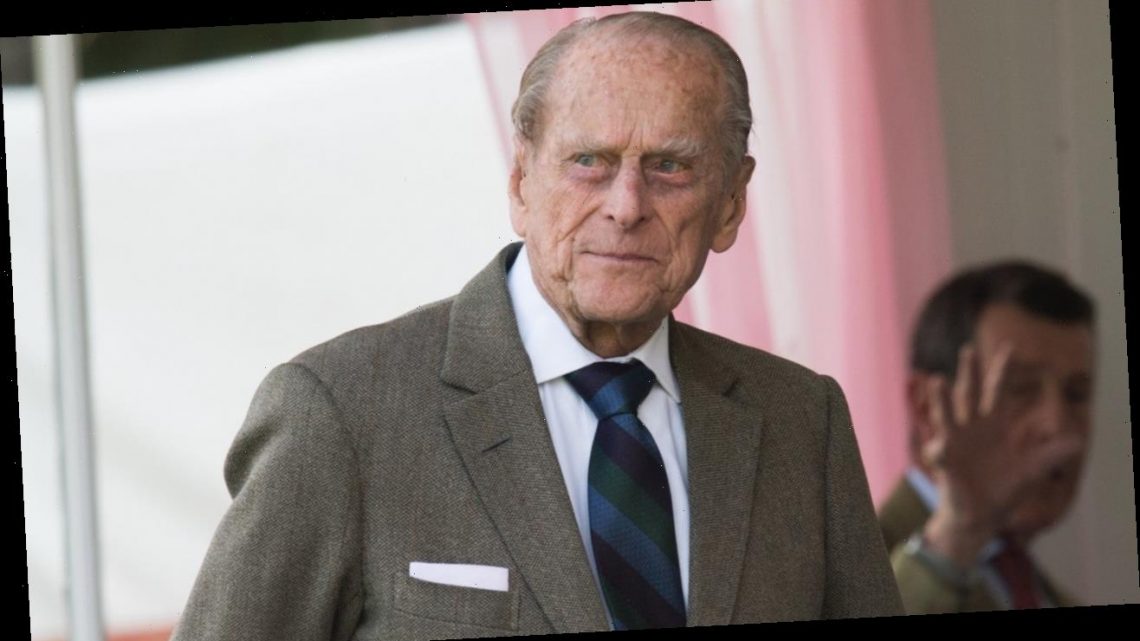 Prince Philip didn’t want an elaborate state funeral, instead asking for a more intimate affair during his final days.

The Duke of Edinburgh died on Friday at the age of 99. Before his death, he had a hand in making his own funeral plans. Omid Scobie, co-author of Finding Freedom: Harry and Meghan and the Making of a Modern Royal Family, tells ET about Philip’s wishes, and what to expect from the royal family in the days ahead.

“A state funeral is what Prince Philip is entitled to as the queen’s consort, and it would be a day of mourning for the country but would involve heads of state from around the world being invited to congregate at Westminster Abbey to remember his life,” Scobie explains. “It is something that we last saw with Princess Diana’s funeral, the whole world stood still for that moment. With Prince Philip, he has asked for a much more quieter event. He has asked, in his words, a simple affair and that is exactly what is happening at the ceremonial service that will take place at St. George’s Chapel at Windsor Castle.”

The Duke of Edinburgh’s body will lie at rest in Windsor Castle ahead of the funeral in St George’s Chapel. The decision is both in line with custom and with Philip’s wishes. His funeral, per Scobie, will be “carried out in military style.” “There will be some changes, but it will ultimately be a day that reflected more than any state funeral could,” he notes. “And that is exactly how he would have wanted it.”

Scobie adds that Queen Elizabeth II’s husband did “not like fuss” and “made that known when it came to planning his funeral.” The royal expert shares that Philip worked closely with the Lord Chamberlain’s office at Buckingham Palace “to ensure that it wasn’t a blown-up affair, and that means that it won’t be a state funeral. Instead, it will be a royal ceremonial funeral, which will be a much more private affair.”

“This will really give a chance for the royals to remember his life in a very peaceful and quiet way. It also avoids the worries that the government have over people congregating during the time of the pandemic,” he continues. “For Prince Philip, this is exactly what he wanted. It’s a send-off that he had asked for.”

Scobie says that Philip’s final wishes say “so much about him.” And while Philip is entitled to a state funeral, for which every head of state from around the world would have flown in, the late royal “wanted it to be a simple affair, simply focused on the loved ones, the friends, and the family that were gathered there for that final moment, and that says a lot about his character.”

As for the next steps, the queen is expected to enter an eight-day mourning period for her husband of 73 years. During the period, all royal duties, as well as affairs of state, will be paused. After the eight days, the country is expected to go into a 10-day-long mourning period, while the royal household will reportedly do so for 30 days.

“If there are any appearances of [the royal family] in the days or weeks ahead, we will see them dressed appropriately in black,” Scobie details. “But across the board, you can really imagine that all royal engagements over the next eight days at least have been put to one side.”

“You’re going to see that funeral. That final send-off of the duke, but also in the best way they can due to the restrictions,” he continues, adding that people will see the royals “coming together as a family and really supporting each other.” “It’s not often that moments like this happen in the royal family. This is really one of those times that everything becomes second, other than looking after the queen, and also remembering the life that was lost.”

Of course, funeral arrangements will have to be revised due to the ongoing COVID-19 pandemic. “Those final details, including when it will take place, are all being considered at the moment,” Scobie relays. “So you can imagine that a lot of that stands from the fact that many people who will be attending this funeral perhaps on diplomatic terms will still have to quarantine for 10 days when they enter the country. That, of course, could include Prince Harry as well. So there are many things that they are going to need to take into account before they announce the official dates.”

As for how the queen is doing amid the death of her husband, she was prepared for his last days. Philip was hospitalized in February as “a precautionary measure” on the advice of his doctor after not feeling well. He was later transferred from King Edward VII’s Hospital to another London facility, St. Bartholomew’s Hospital, with the Palace noting that he was continuing to be treated for an infection in addition to undergoing testing and a procedure for a pre-existing heart condition. He left the hospital in March after a 28-day stay.

“The days leading up to Prince Philip’s passing would have no doubt been difficult for the queen, who of course knew that he came back from the hospital after a very serious health struggle,” Scobie says. “In fact, it was very interesting for us observing to see Buckingham Palace go from giving regular updates on Prince Philip’s condition to giving no updates at all. And I think in that moment, when we saw him travel back to Windsor Castle to be reunited with the queen, there were many that thought it could be his final days.”

“What’s so great about that, from a couple that spent 73 years married together, a very happy marriage, they were really each other’s sidekicks throughout all of this,” he continues. “She may have been the Head of State, but he was there supporting her every step of the way. And as a family, they were very much equals. And so this would have been a really beautiful time for them to remember all of the things that they’ve achieved together, and for him to really celebrate and be happy with the life that he had lived.”

And while it may be a very difficult and heartbreaking time for the 94-year-old head of the monarchy, Scobie notes, “She does have a very large family, many grandchildren, great-grandchildren who were all there for her in her time of need.”

For more on Philip’s life and legacy, see below.