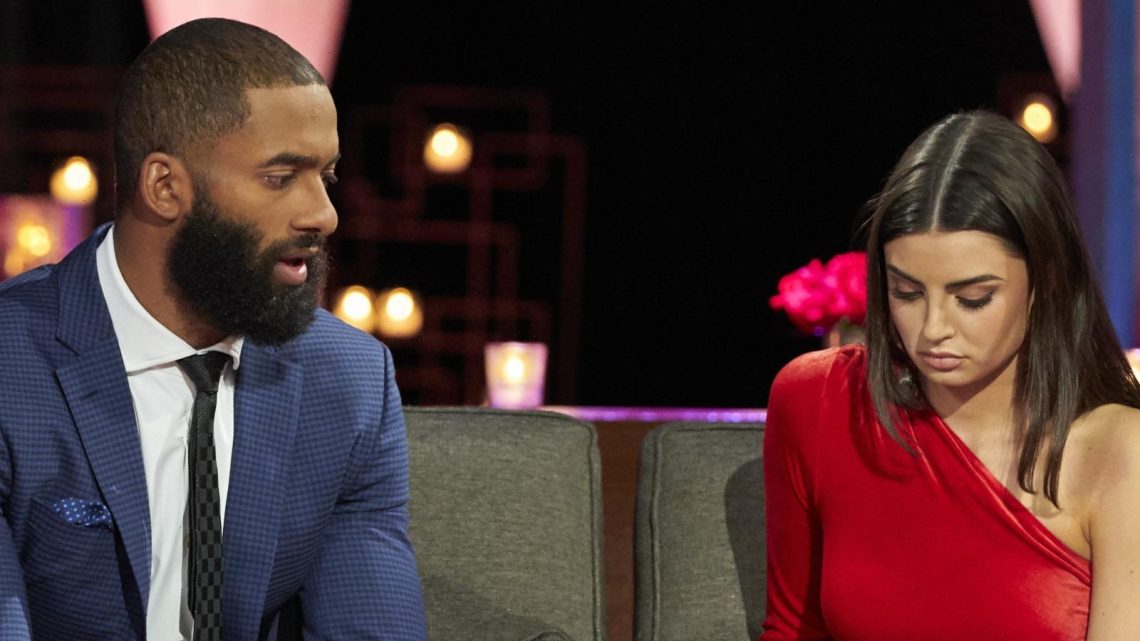 Matt James and Rachael Kirkconnell met on Season 25 of The Bachelor. James was immediately hooked, but Kirkconnell was hit with a huge social media problem almost as soon as the show began. While the pair exited the show as a couple, they weren’t engaged, and the fallout from the scandal led to the end of their relationship.

The scandal went something like this: a former classmate of Kirkconnell’s made a TikTok alleging she was mistreated by the reality star, and that Rachael Kirkconnell was horrible to her for “liking Black guys” (via Life & Style Magazine). When James and Kirkconnell later appeared on After the Final Rose with host Emmanuel Acho, Matt James explained his perspective.

“As someone who grew up in the South, it takes me to a place that I don’t often like to thing about. I wasn’t OK. It was in that moment and the conversation that I had, that Rachael might not understand what it means to be Black in America. It’s heartbreaking. If you don’t understand that something like that is problematic in 2018, there’s a lot of me that you won’t understand. It’s as simple as that” (via Life & Style Magazine).

New reports have surfaced that indicate Matt James and Rachael Kirkconnell aren’t speaking at all right now. A source told Us Weekly that this time, it’s because Kirkconnell caught James in a lie about another woman.

“Rachael and Matt are on non-speaking terms after she learned about him lying about being in communication with another girl. He was in Atlanta this weekend, which is less than an hour away from where Rachael resides, and he has not reached out to her to make amends or apologize. As far as she’s concerned, what they had is in the past now.”

A second source told the publication that Rachael was hopeful the two would get back together after meeting up earlier this month, but it doesn’t seem that way. “Rachael is very emotional right now because she was very hopeful that things were going to work out” (via Us Weekly).

The Truth About Katy Perry And Allison Williams’ Friendship