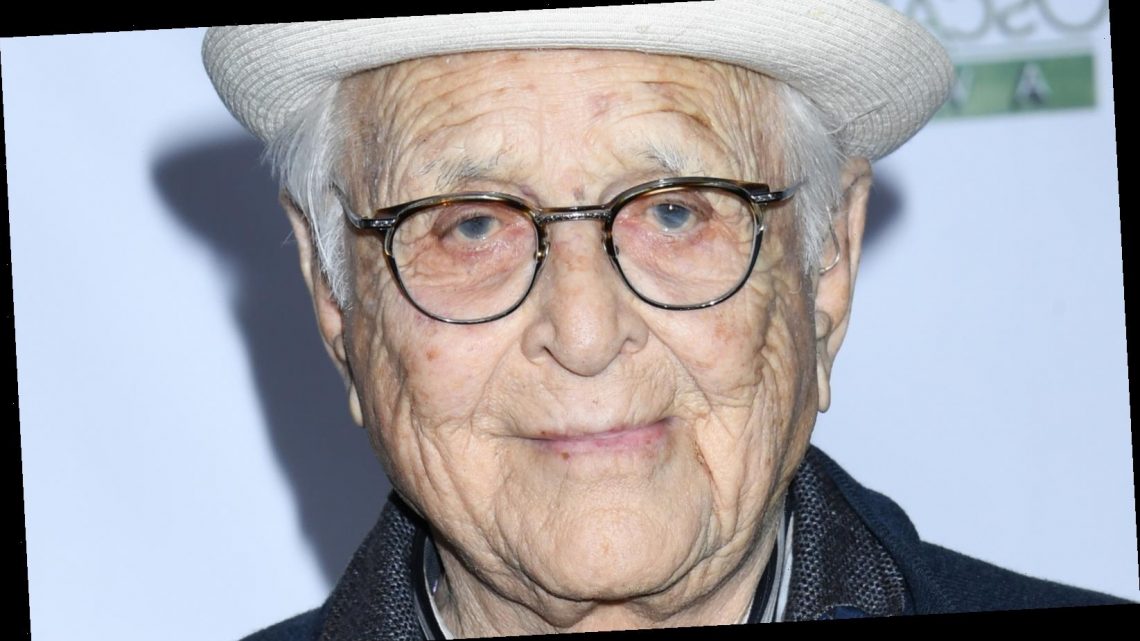 What You Need To Know About Norman Lear’s Children

Norman Lear was awarded the Carol Burnett Award at the 2021 Golden Globes for his lifetime dedication to the comedy sitcom and making people laugh. He was called “The Comedy Godfather of Television” by GQ and in his acceptance speech, The Associated Press reported that he said that he’s “never laughed alone” when he’s been taking time out of work. So here’s what you need to know about Norman Lear’s children. The Sun reported that he’s been married three times and has six children. However, they haven’t all followed their dad’s footsteps into show business.

He may be nearing 99 years old but when CBS News spoke to Lear’s partner of 34 years, Lyn Davis Lear, she said while he could slow down, “that’s just not possible. He’s not the retiring type. He loves that office and he’s got, what? Six shows possibly coming up? I mean, it’s crazy.”

Lear has maintained a work-life balance. The Sun outlined that he had one child with his first wife, Charlotte Rosen, who he met in 1939. He has two daughters from his second marriage and three from his marriage to Lyn Davis Lear. Lear is a legend in the TV business but at the Golden Globes, he attributed much of his success to his partners and kids.

One of Norman Lear's kids is in show business

During his career, Norman Lear gained some pretty high-brow fans. President Bill Clinton, in 1999, awarded the National Medal of Arts to Lear, saying he “held up a mirror to American society and changed the way we look at it” (via The Kennedy Center). The writer and producer has been a leading voice in TV production for over five decades, so it’d make sense that his kids would follow his career path. However, that hasn’t been the case.

The Sun reported that in 1988, Lear had a son, Benjamin, with his current partner, Lyn. According to the Sun-Sentinel, Benjamin studied music at New York University, and in 2016, he directed a documentary entitled They Call Us Monsters, which discusses convicting juveniles on adult charges. Benjamin is the only one of Lear’s children to go into filmmaking.

Speaking about his relationship with his father, Benjamin Lear told the Los Angeles Times in 2016, “[W]e’re proud of each other. I think we’ve both reached levels of self-awareness that have allowed us to look at the past with totally clear eyes and have a really authentic relationship. He’s 93 and I’m 27 and we can trade stories about, ‘Man, I just figured this thing out about myself the other day.’ We have a closer relationship now in the last four or five years than we had before.”

While Norman Lear has been dubbed the “sitcom king” by JTA, his children have lived relatively normal lives outside of the limelight. The Sun revealed that his oldest daughter Ellen is a sex therapist.

Broadway World writes that his daughter Kate is a Broadway producer and is married to Jonathon LaPook, chief medical correspondent for CBS News. Her sister Maggie is the president of the Frances Lear Foundation, a nonprofit in her mother’s name, per College and Community Fellowship. She advocates for criminal justice.

Little is known about one of Lear’s youngest daughters, Madeline, but her twin sister, Briana, graduated from the University of California, and speaking to Good in 2018 about her dad, says that he always encouraged her creative endeavors.

Speaking to Closer Weekly about his family life, Norman Lear said, “I think my wife and me have done a really good job.” The family has also set up a foundation, the Lear Family Foundation, which plays into Lear’s prominent political activism. The Hollywood Reporter explained that it supports projects addressing issues like civil liberties, the environment, health, and civic activism.

Having a big family has meant he's 'never laughed alone'

Norman Lear has kept people laughing at their TV screens for over 50 years. However, as AP reported, in his acceptance speech at the Golden Globes, Lear attributed his long and happy career to his wife and to kids: “At close to 99, I can tell you that I’ve never lived alone. I’ve never laughed alone. And that has as much to do with my being here today as anything else I know.” He ended his speech with, “So glad we had this time together.”

He may be known for his work on TV or in political activism but Lear told Aish, “Success is the pleasure you get out of the minutes you live. I think if I wake up in the morning and I connect with my kids, or I connect with my wife, if I remember to pat myself on the back and say oh good, that’s good — that is success. You know, in the rush of life, we may make that connection but we don’t really let it register. But if we think about it and give ourselves the credit for it, to me that’s how we build days of mounting success.”