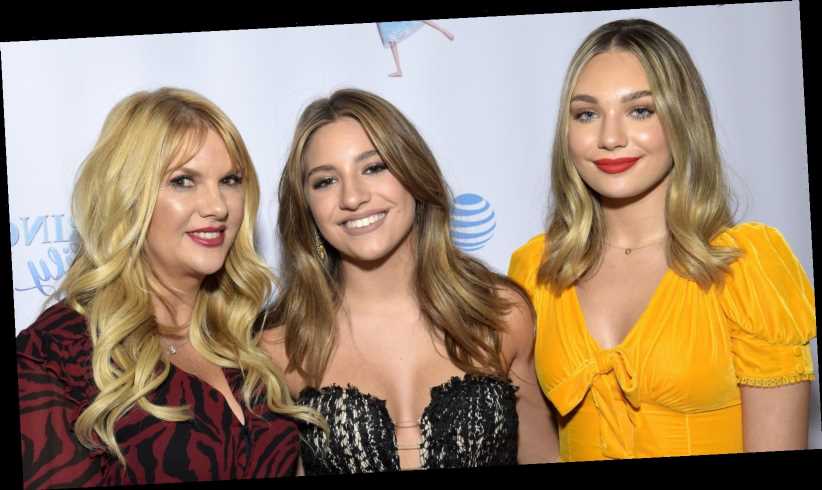 What Melissa Gisoni From Dance Moms Looks Like Today

It’s hard to believe it’s been nearly a decade since Dance Moms introduced the world to Melissa Gisoni and her incredibly talented daughters Maddie Ziegler and Mackenzie Ziegler. Maddie was, of course, Abby Lee Miller’s star student, which was a frequent source of tension between Gisoni and the other moms.

Throughout the run of the show, Gisoni was the only mom who was friends with Miller (cue more arguments with the other moms). But by the time the family departed the series in Season 6, Gisoni and Miller were often at odds — and today, Gisoni and her daughters don’t speak to the dance instructor at all.

Maddie and Mackenzie have kept busy since their departure from Dance Moms. Maddie is a busy actress who will showcase her dance skills in Steven Spielberg’s upcoming remake of West Side Story (via Billboard). Meanwhile Mackenzie recently released her latest single “Motives” and has collaborated with brands including Justice and FanJoy in designing dancewear and clothing (via Seventeen). Their mom has stayed busy, too.

Melissa Gisoni is enjoying life out of the spotlight

Although she is supportive of her daughters’ careers, Gisoni herself prefers to stay out of the public eye. “I never wanted to be on TV and I never want to be on TV again,” she told Cosmopolitan, explaining that she joined the show because she thought it would be a good platform for her daughters’ dance careers. Gisoni said she never expected the level of stardom that came with it.

In the same interview, Gisoni described her post-Dance Moms life as that of a normal mom from Pittsburgh. “When I come home, I go to lunch with my girlfriends,” she told the outlet. “I would be content if it all went away tomorrow, but [Maddie] wouldn’t.” Of course, Gisoni hasn’t disappeared from the spotlight completely. She frequently posts Instagram photos of her daughters and the family dog, and used her platform to encourage her 3.7 million followers to vote.

Despite the dramatic blowouts often seen on the show, Gisoni is close friends with fellow dance moms Holly Frazier, Jill Vertes, and Kelly Hyland. The four recently launched a podcast titled Because Mom Said So, which covers a wide range of topics, from motherhood to beauty trends to dance. In an October 2020 interview with ET, Gisoni shared that, although she’s happy to no longer be on Dance Moms, she’s grateful for the lasting bonds that were formed between both the moms and the young dancers during their time at the ALDC.

BTS: J-Hope's MBTI Totally Explains Why He Is the Perfect Second Leader for the Group
Entertainment