Home » Celebrities » What Is Kourtney Kardashian Saying With These Bridal Minnie Mouse Ears? 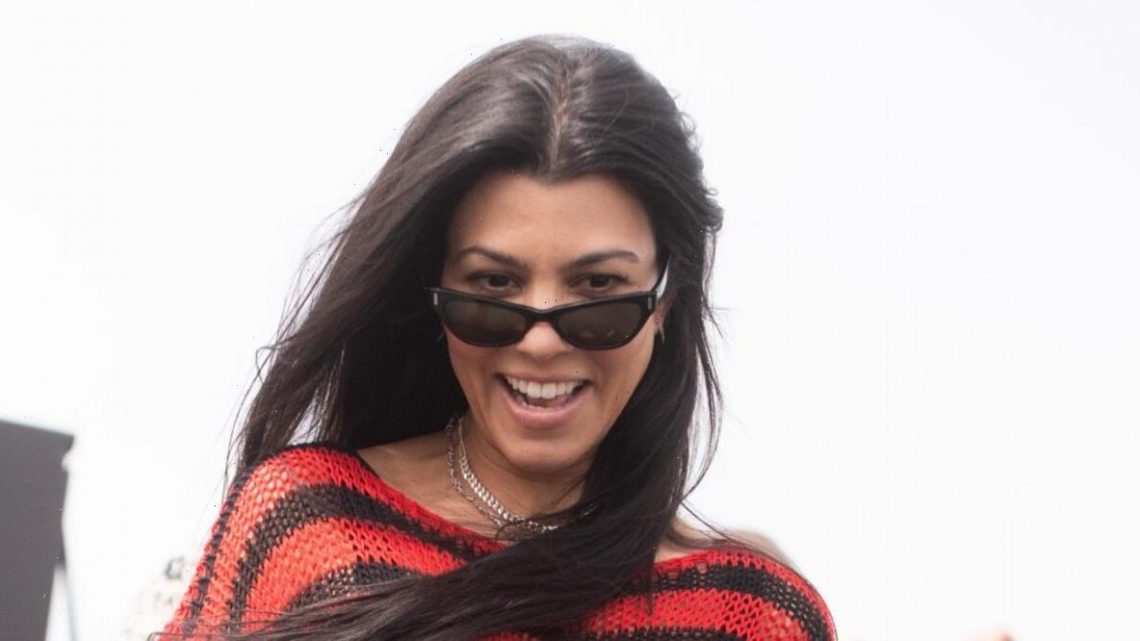 What Is Kourtney Kardashian Saying With These Bridal Minnie Mouse Ears?

Disneyland die-hard Kourtney Kardashian made another trip to the Happiest Place on Earth with her beau, Travis Barker. And while it's not the first or even second time that the two have had some family time at the amusement park, it is the first time that Kardashian managed to raise eyebrows with a possible hint at getting engaged. According to gossip Instagrammer/podcast host Amanda Hirsch, Kardashian wore white bridal Minnie Mouse ears — complete with a veil — at one point during her day, prompting many fans to wonder whether or not she was sending a not-so-subtle message through very cheugy theme park merch.

"KOURT WITH BRIDAL MINNIE MOUSE EARS (That was a weird thing to write lol) but i mean … Disney lovers equivalent to sending ring hints!?" Hirsch captioned the image, which shows Kardashian in the white ears and Barker's daughter Alabama in more standard Minnie Mouse ears. In the comments section, Hirsch explained that the image was taken with a fan and shared by Alabama, but quickly taken down. Other comments included, "Usually you wear that when your [sic] a bride at Disney either pre wedding [sic] or post for honeymoon" and "no Disney fan wears the bridal gear unless there's a reason."

Kardashian was photographed throughout the day without the suspect ears, adding even more intrigue to the snapshot. The trip included Barker's son, Landon, and Kardashian's sons, Reign and Mason. Her daughter, Penelope, didn't come along for this specific trip. Kardashian and Travis started dating back in January and have been keeping just about everyone up-to-date with their relationship status with over-the-top PDA sessions, family trips, and Barker's tattoo tributes to his new love.

"Getting engaged and married one day has definitely been a topic of conversation between Kourtney and Travis. Travis would absolutely love to tie the knot with Kourtney, but Kourtney hasn't been sure that's the step she wants to take in their relationship right now," a source said. "She is extraordinarily happy and doesn't feel the need or want the pressure of getting married."