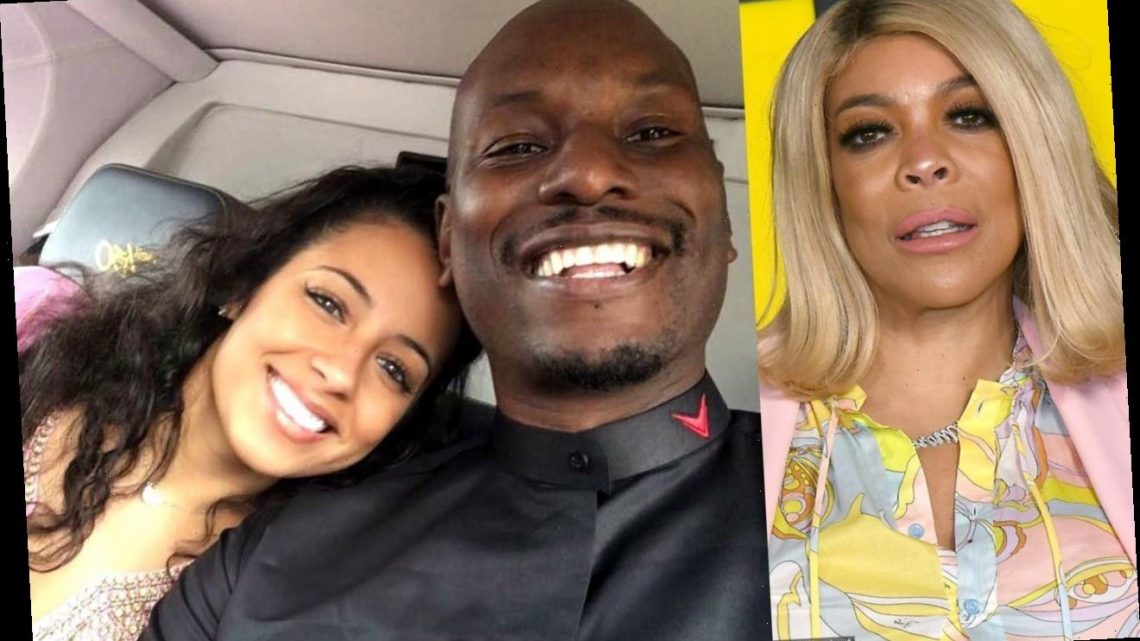 Wendy Williams Shades Tyrese Gibson Over His Divorce, Suggests His Marriage Is Fake

Returning for an all-new episode of her talk show, the TV personality claims she heard that the ‘Fast and Furious’ actor only married Samantha Lee to ‘cover up’ other activities.

AceShowbiz –Wendy Williams is apparently not feeling sympathetic with Tyrese Gibson over his divorce despite she herself having gone through one last year. Returning for an all-new episode of her talk show in 2021, the TV personality has accused the actor of faking his marriage to Samantha Lee.

The outspoken host attacked the Roman Pearce of the “Fast & Furious” film franchise in the Monday, January 4 edition of “The Wendy Williams Show“. Claiming she heard it from a trusted source, the 56-year-old relayed the info to her audience, “Tyrese only borrowed Samantha and got married for a moment to cover up Tyrese’s activities – in real life.”

Wendy additionally took issue with Tyrese’s “lame excuse” for his broken marriage. He blamed his “broken black family” for not showing him good example of how to be a great husband to his wife. Wendy begged to differ with him, arguing that not all black families’ homes are broken.

Wendy, however, has nothing but love for Tyrese’s estranged wife Samantha. Supporting the mother of one for walking out of their marriage, she encouraged her, “Samantha, you keep on walking. You’re still young, you’re 31. He’s shown his colors.”

Tyrese announced his “painful” divorce from his wife of three years, Samantha, on Instagram in late December 2020. He said that “after much thought, consideration, and prayer, we unfortunately have made the difficult decision to officially separate & divorce.”

“Our intention is to remain the best of friends & strong coparents,” he shared. “We feel incredibly blessed to have found each other and deeply grateful for the 4 years we have been married to each other.”

Leaving the door open for a reconciliation with Samantha, he added, “I pray we leave the door open because the God that we serve is a mountains mover and can make a way out of no way…..”

Tyrese and Samantha tied the knot on February 14, 2017. They welcomed their first child together, Soraya, on October 1, 2018.

Can hairdressers open in lockdown?
Entertainment