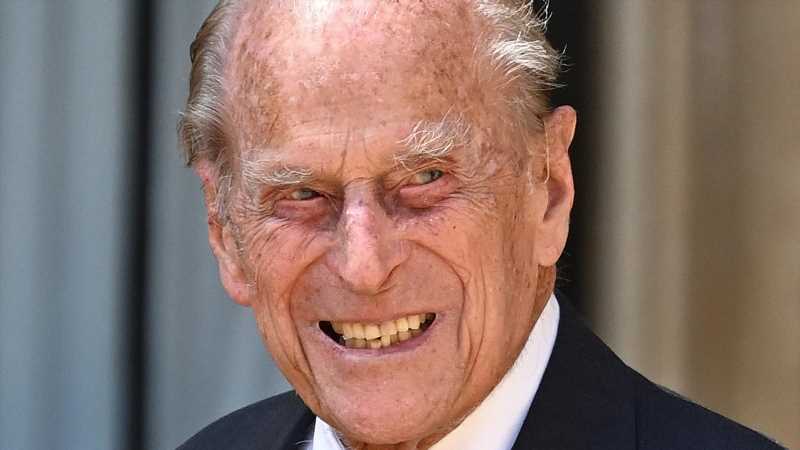 They say opposites attract, which certainly was the case for Queen Elizabeth and the late Prince Philip, who tragically died on April 9, 2021 after dealing with various health issues throughout the years. Philip was known to be the animated one at public events whereas Elizabeth became known as the stoic and studious one because of her responsibilities as monarch, per BBC. Philip once said that the secret to having a happy marriage is “to have different interests,” which also extended to their food preferences.

Elizabeth has been known for her tame taste (garlic is a no-no), whereas her husband was more adventurous and a foodie at heart. Royal chef, Darren McGrady, once revealed to Delish that Philip loved fragrant ingredients like garlic, curry, and spices in foods. In fact, he famously cooked his family and all the palace staff at Balmoral.

Cooking was enjoyable for Philip, who often cooked for his wife, and showed off his chef skills. “The Prince is also adept at producing quick, light supper snacks, which he and the Queen often enjoy after they have dismissed the servants for the night,” Charles Oliver wrote in his book Dinner at Buckingham Palace (via Express).

Since Philip was a foodie, he also had a particular philosophy when it came to consuming his food. Keep scrolling to find out what it was.

For many foodies, cooking an elaborate meal without taking time to devour it can be frustrating, which was why Prince Philip preferred to eat without Queen Elizabeth on occasions. “Prince Philip has a much broader palate than Her Majesty when it comes to food. The queen eats to live whereas Prince Philip lives to eat,” Darren McGrady explained to Delish. It makes sense considering Elizabeth’s day job requires her to eat healthily and be less adventurous with her food choices when the royal couple dined together. “It was always down to the queen, you have everything how she has it,” McGrady added. “I think sometimes Prince Philip actually enjoyed eating on his own.”

Philip had a reputation for doing things his own way and was somewhat of a rule-breaker when his wife was away on public engagements. “When the queen was away on engagements, Philip could taste all of his own favorite ingredients,” McGrady revealed. Those ingredients included “real spicy food,” and cuisines from his travels before he publicly retired from royal duties in 2017.

One could forgive Philip for being naughty once in a while. Afterall, he had been by Elizabeth’s side until his death and was resolute in his duties as the Duke of Edinburgh.