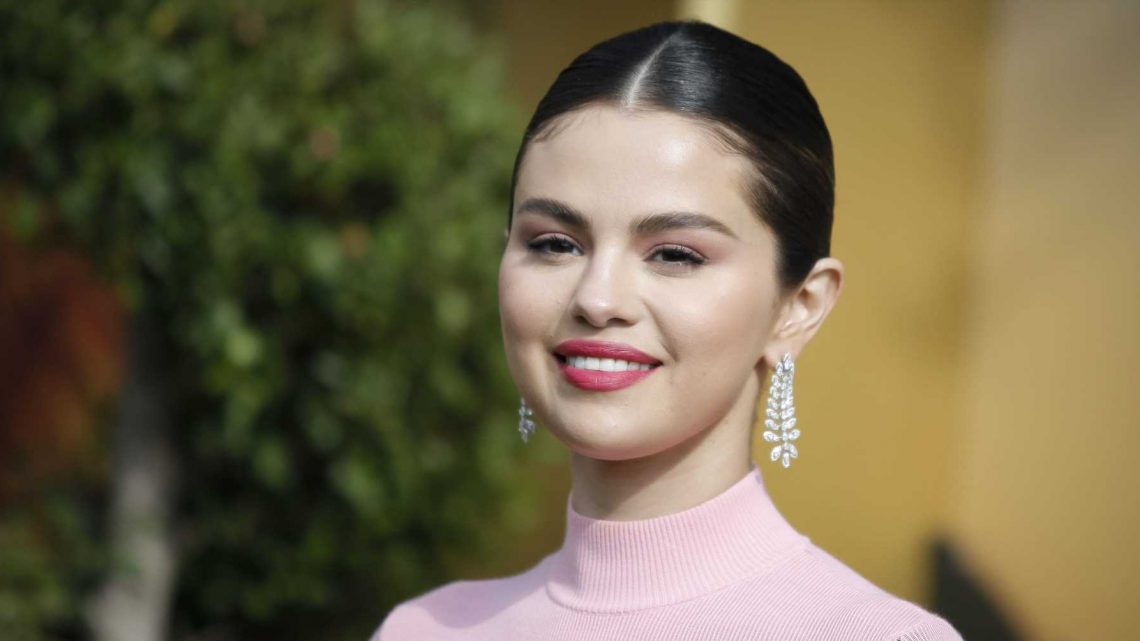 Hi, have you spent the last several weeks spiraling over Selena Gomez’s new back tattoo and theorizing about what it even is? Well, we finally have a closer look and it. is. so. gorgeous.

As a reminder in case this back tattoo news is brand new information to you, Selena’s favorite tattoo artist Bang Bang initially revealed the tattoo on her upper back on December 15—posting a black-and-white photo of Sel facing away from the camera. The problem? The angle and distance made it kinda hard to see exactly what Selena had gotten tattooed on her back, which caused fans to hit the comments with theories.

But Bang Bang just gave the people what they want and posted a closer look at Selena’s new tattoo, which appears to be a dripping watercolor rose:

The new tattoo is right under one on Selena’s neck that says LXXVI, or “1976” in Roman numerals, which happens to be the year her mom, Mandy Teefey, was born. Bang Bang, who also designed that tattoo, told E! News that it “was a tribute to a family member who she said means a lot to her. Selena was nervous it might have been painful, so she held her best friend’s hand the whole time. But she did a great job.”

Meanwhile Selena has another tattoo on her back that says “Love Yourself First” in Arabic, also from Bang Bang, who told E! News, “Selena already had it written out how she wanted. The tattoo is about 4 inches and didn’t take too long, probably about 30 to 45 minutes. The longest part is laying it out. We played with it a bit, laying it out until we found the perfect spot.”

Check out the rest of her tattoos here:

How certain states are handing out new $1,000 stimulus checks – find out if YOURS is on the list

This Bra Top Is So Comfy, I Wear It to the Gym and to Bed
Entertainment