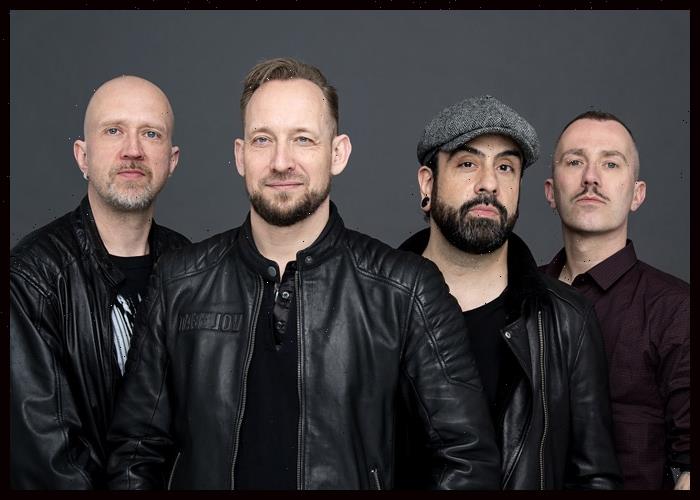 The track is a “tribute” to the legendary Swedish death metal band Entombed, whose lead singer Lars-Göran “LG” Petrov died in March 2021 after a battle with bile duct cancer. He was 49 years old.

“Becoming” is a track from Servant of the Mind, the eighth Volbeat album, which dropped last December. The album also includes the singles “Wait a Minute My Girl” and “Shotgun Blues.”

Servant Of The Mind was written and recorded during the shutdown and quarantine due to the COVID-19 pandemic.

Volbeat frontman Michael Poulsen said, “We were recording [the latest Volbeat album] Servant Of The Mind in [producer] Jacob Hansen’s studio, and we were about to record the song ‘Becoming.’ And it has that opening riff that’s really inspired by the mighty Entombed, and you know, we just talked about why not put that Boss Heavy Metal HM-2W pedal on that Entombed was so well known for, and bands like Dismember and a lot of Swedish death metal bands, actually.”

“It’s the signature death metal Swedish distorted guitar sound, and it sounds disgustingly good. So, we thought, why not use that pedal on that riff? So, we did and it just ended up just sounding even more like Entombed, and it turned out to be a really good song and it was probably one of the heaviest riffs in Volbeat,” he added.

September is ‘perfect time’ to ‘replenish’ lawns – ‘should be key’
Entertainment