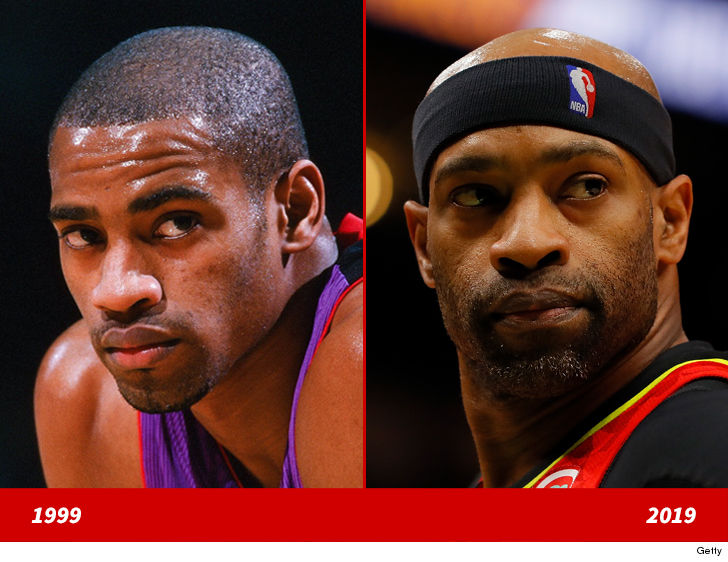 Here is a 22-year-old version of the longtime American professional basketball player during a game in Houston, Texas against the Rockets, back when he was still playing for the Toronto Raptors in 1999 (left).

And, 20 years later … the now 42-year-old shooting guard and small forward currently playing for the Atlanta Hawks was photographed earlier this year in the ATL showing off his baller looks during the Atlanta Hawks game against the San Antonio Spurs (right).

Whether the Warriors or Raptors take the W in the NBA Finals … he has already won with these features!