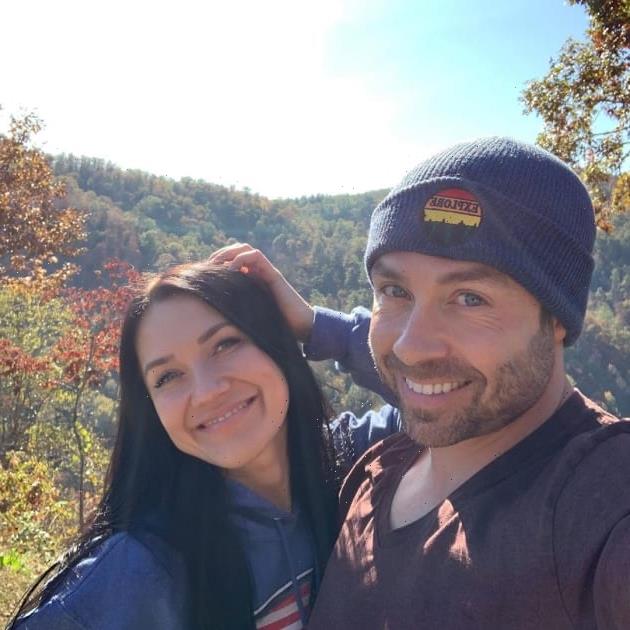 About six months ago, he was convicted for a brutal domestic assault and kidnapping, but continues to fight his 18-year sentence.

For reasons known only to her, Varya Malina has remained his steadfast and vocal supporter through all of this.

Varya is once again trying to elicit sympathy for Geoffrey, likening him to an “animal in a cage” as he begins to serve his sentence.

Just months into Geoffrey Paschel’s 18-year sentence, Varya Malina says that visiting him behind bars is a miserable experience.

She wrote on Instagram: “I was supposed to life his spirits up.”

“But,” Varya continued, “he was the one who cheered me up.”

“The hardest thing I’ve ever seen in my life is my beloved one, who is like an animal in a cage,” Varya expressed.

“And I can’t do anything to help him right at the moment,” she complained.

“It feels miserable, the lowest low,” Varya wrote, “and I’m so emotionally exhausted.”

Varya expressed shock — in a negative way — when Geoffrey was sentenced to nearly two decades behind bars.

While many of those of us who were following the case were also surprised, it was a pleasant one — a rare case of a domestic abuser being held accountable.

In contrast, Varya appears to believe that Geoffrey is innocent, and has expressed unwavering confidence that the whole thing will be overturned on appeal.

Fortunately, so far, Varya has been as wrong about Geoffrey’s success in court as she is about his character.

Last week, she updated followers, revealing that his retrial motion hearing has been delayed.

Even when the hearing takes place in late May, not even Varya expects a retrial to be granted — but it’s just the first step on the appeals process.

“But if you think he’s about to give up, you are so wrong,” Varya threatened on Instagram.

“Even in these horrible circumstances,” she described, “he was the same goofball I fell in love with.”

Many manipulators know exactly how to present themselves to continue to get undeserved sympathy and support from their marks.

“The first visitation was so emotionally exhausting, but it was worth every minute nonetheless,” Varya appraised.

“We both had that same feeling as at the airport in Russia, when we met for the first time,” she characterized.

Varya described: “I jumped and cried as he smiled and joked about hugging me like my father.”

“I planned to go live [on Instagram] right after the visitation but couldn’t find any energy to share it with you,” Varya added apologetically.

“I felt that the best thing for my mental health,” she explained, “was to hide to some invisible place where no one can see or hear me and vice versa.”

Varya also shared that she would be returning to visit Geoffrey again.

Just months before Geoffrey flew to Russia to meet Varya for the first time, he was engaged to a different woman — Kristen Wilson.

In June of 2019, he attacked her in her home, brutally beating her and then holding her captive, preventing her from leaving or calling 9-1-1.

Kristen managed to escape, seeking refuge at a neighbor’s, where she was able to contact authorities to treat her injuries and to arrest the monster who had done this to her.

Geoffrey went on to film with Varya (and Mary) before prosecutors built their case enough to issue the full charges against him.

Due to the COVID-19 pandemic, the trial did not take place until October of 2021, when he was found guilty.

Between another ex’s haunting testimony and the attempt to contact Kristen to induce her to plead for leniency, Geoffrey received a well-deserved 18 year sentence.

Everything We Know About Suri Cruise