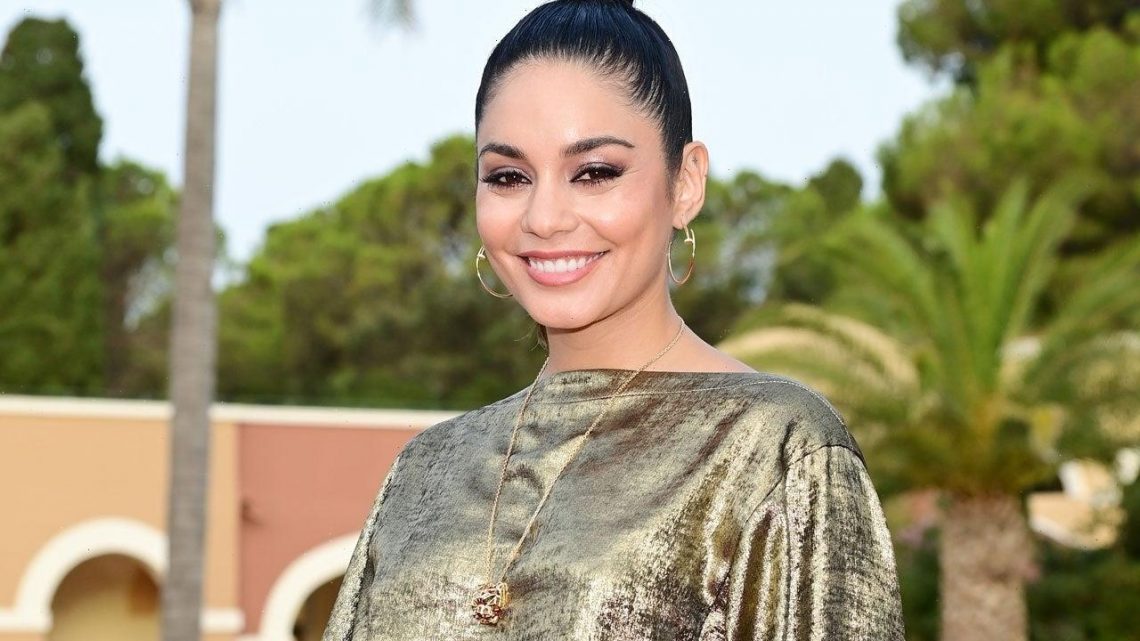 Vanessa Hudgens is a golden beauty in Italy. The stunning star stepped out in style in Sardinia on Saturday at the Filming Italy Festival.

The actress rocked a gorgeous golden crop top with billowing sleeves, which she paired with matching golden flared pants.

Hudgens donned the shimmering ensemble as her spotlight-stealing look for the third day of the star-studded festival, held at Forte Village Resort in Santa Margherita di Pula, located in the Sardinia region of Italy. 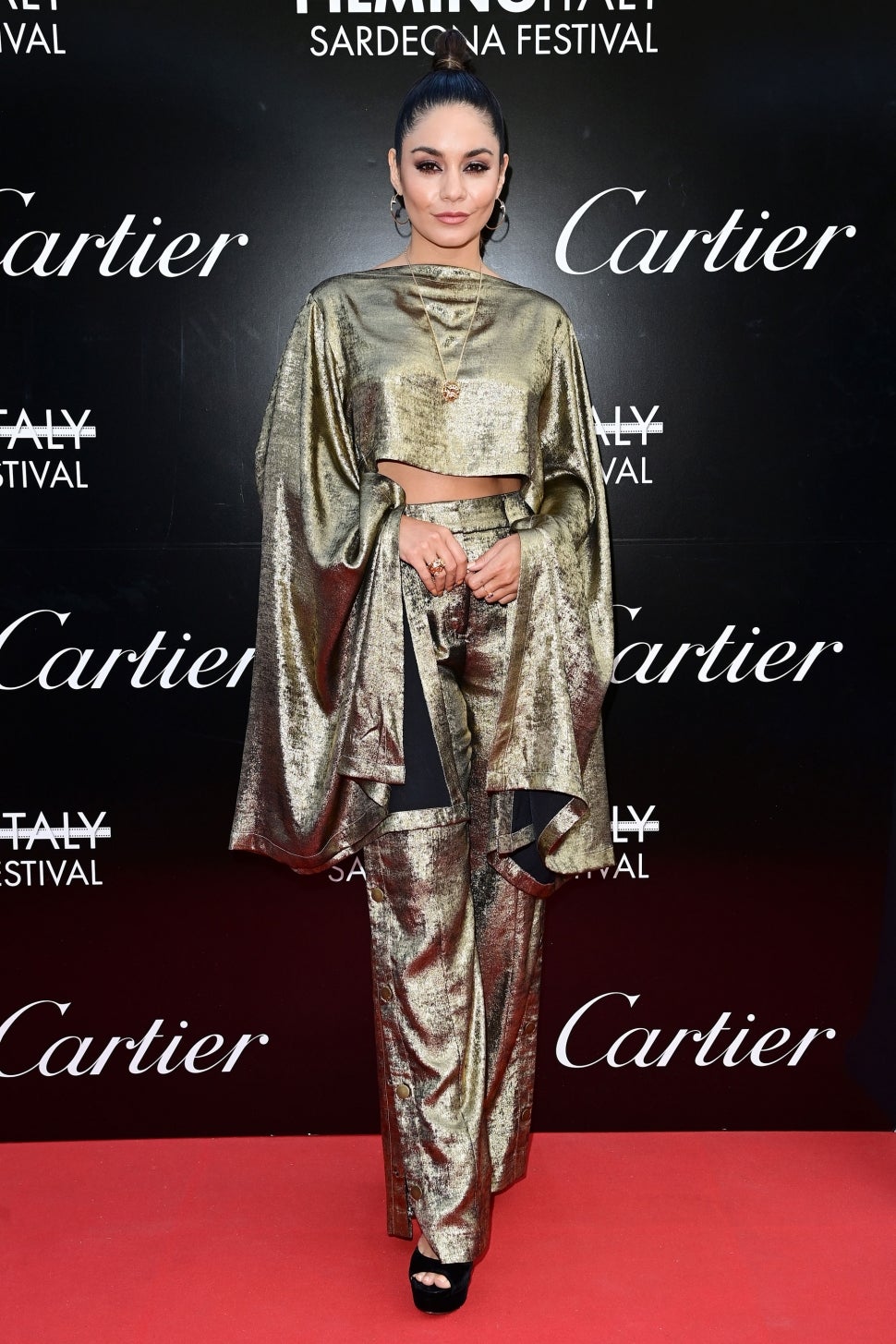 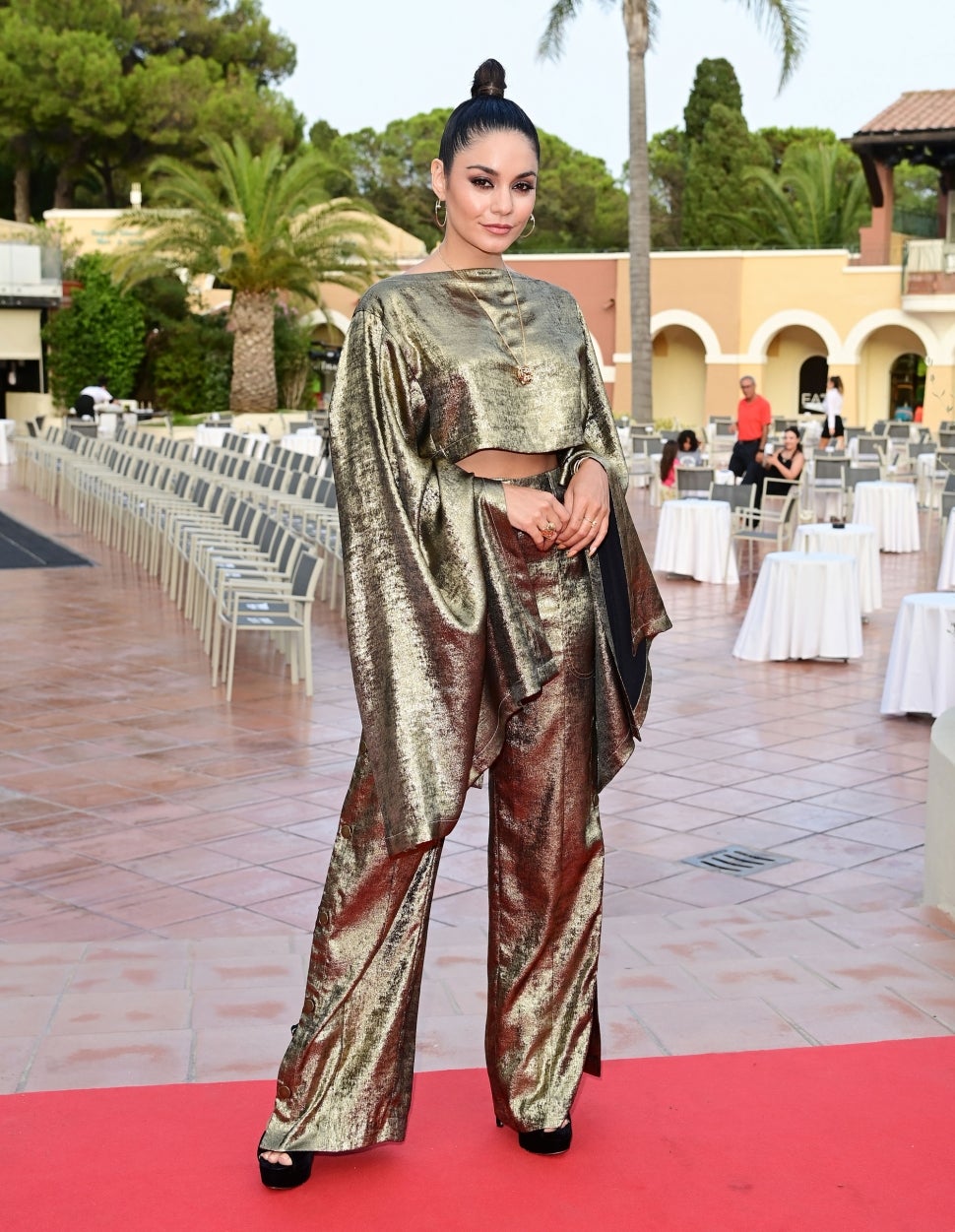 The 32-year-old Bad Boys for Life star hit the red carpet ahead of the festival’s nightly awards ceremony and gala dinner, which she attended with her mom, Gina. 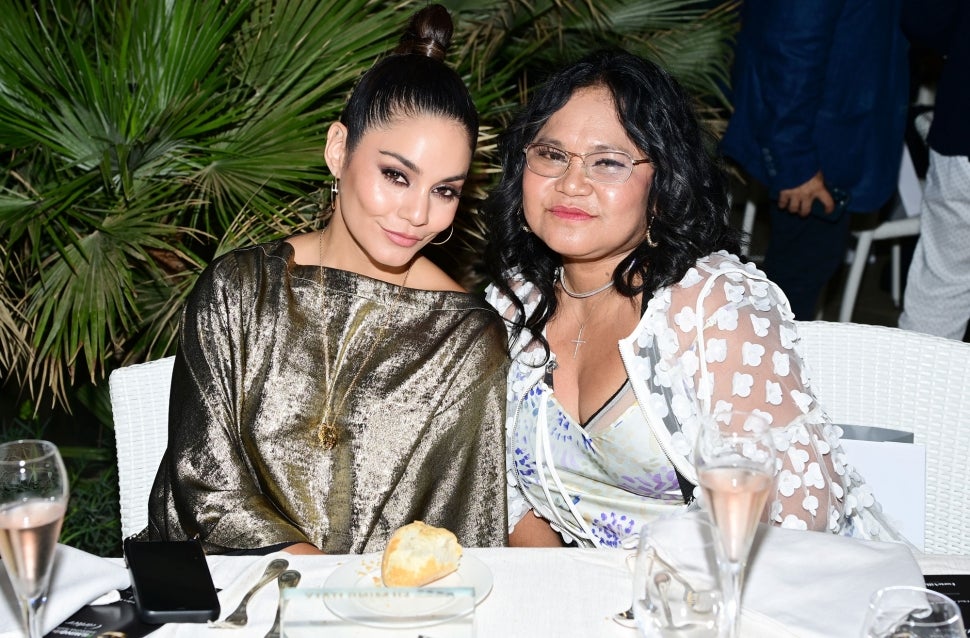 The appearance at the Filming Italy Festival comes a month after the trailer for Hudgens’ upcoming film,
Tick, Tick…Boom!, was released, in which she stars opposite Andrew Garfield.

In the film — which is a big-screen take on playwright Jonathan Larson’s semi-autobiographical work of the same name and marks Lin-Manuel Miranda’s directorial debut — Garfield plays Jon, a composer trying to make it big on Broadway in the ’90s, who starts to suffer a mid-life crisis as he enters his 30s and hasn’t yet achieved his biggest dreams.

ET’s Katie Krause also chatted with Hudgens back in April about her role in the film, and she explained how she plays a back-up vocalist for Garfield’s character, which means she ended up singing “quite a bit” in the film.

“There’s a lot of  harmonizing, which is my favorite thing. It takes me back to my childhood being eight years old, doing Cinderella and singing the harmonies backstage,” she shared. “It just is one of my favorite things to do.”

Check out the video below to hear more from Hudgens.

Should you have the AstraZeneca vaccine?
Entertainment