Tyrese likes things hot when he’s in bed. He just revealed keeps his thermostat at a steamy 90 degrees to sleep at night. Now he’s getting roasted by fans after claiming it staved off COVID.

Tyrese Gibson shared some rather surprising personal information with fans, in that he sleeps with the heat blasting at 90 degrees every night, and has done so for years. In a Dec. 15 Instagram post, the 41-year-old shared a photo of of himself looking out of an airplane window, while wearing a colorful paisley print scarf as a face mask. He then wrote, “Random sh*t I think of on flights…” where he explained that he thinks he’s been able to stave off the coronavirus due to sleeping in such high heat. 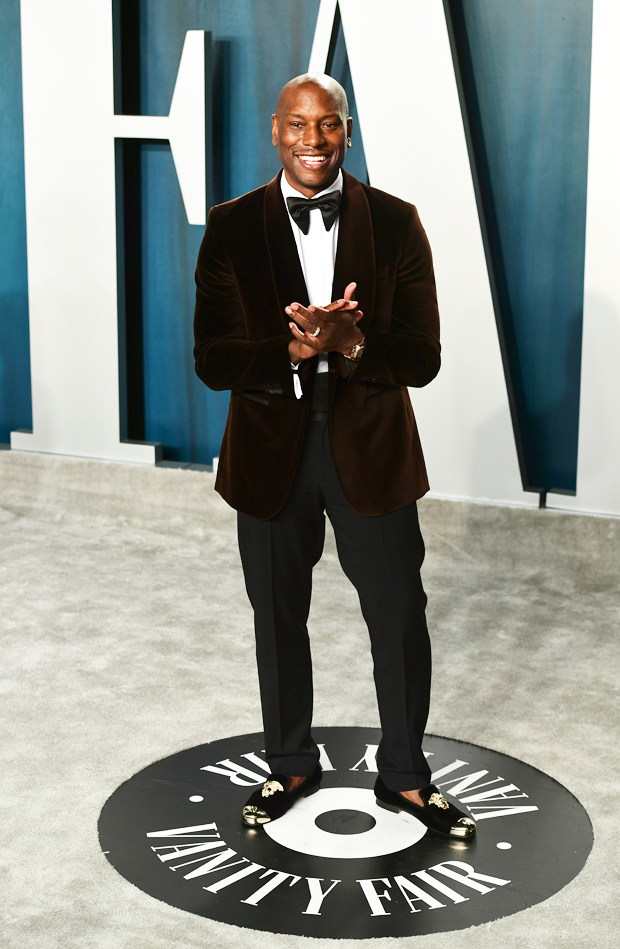 “One of my secrets for staying COVID free is I sleep with the heat on 90 degrees every night…… Been sleeping at this temp for 15 years so it’s nothing new….. But….. Rumor has it if you catch Covid it doesn’t survive warm temperatures…..” he wrote in the caption. That gave fans a major case of “WTH?” with many claiming he’s frying his brain because his internal temp must be going so high every night. Soon Tyrese’s name was trending due to his overheated sleeping habits.

User @marlonozier wrote, “every tyrese post makes sense now that I know he sleeps in 90 degree weather on purpose. 15 years of that sh*t no less. that n***a brain is like warm cobbler,” while @deezalladat added, “Although I’m concerned about Tyrese, sleeping at 90 degrees is NUTS!! N***a lives in LA and I cannot understand this.” @DecaturDane noted, “Imagine going to Tyrese house and that b*tch feel like a pizza oven.”

Other fans slammed Tyrese for spreading misinformation about the coronavirus. User @ISLANDCHULA28 tweeted, “Tyrese really needs to learn how to stfu….Sleeping in 90 degree heat does not protect you from COVID…just ask the surviving relatives of those who died in the summer on 90+ degree days…. #Tyrese.” @tierra549 added, “Tyrese really just said covid doesn’t survive warm temperatures like people in California and Florida don’t have it.”

Some fans were worried about Tyrese, with user @Desh3hunna tweeting, “Tyrese going through something. Sending prayers up for him,” while @BabaTheGreat2 added, “All jokes aside someone needs to check on Tyrese. Hope he’s good.” Fan @agstruthpodcast commented, “Unfortunately, this isn’t the first time Tyrese has made comments that seemed scattered. All jokes aside, we need to keep him in prayer” as @callmedollar begged, “Anyone sleeping with the heat on at 90 degrees isn’t well and eats batteries. Someone check on Tyrese, ASAP!”

Despite the concern Tyrese’s post caused, fortunately the actor’s career is going along well. The Fate of the Furious star is currently filming the action-thriller Dangerous, has one film F9 completed and two others in post production, and is prepping a Teddy Pendergrass biopic on the R&B legend with writer/director Lee Daniels. He shared a photo of the two men discussing the project in his follow up IG post to his overshare about sleeping in 90 degree heat.