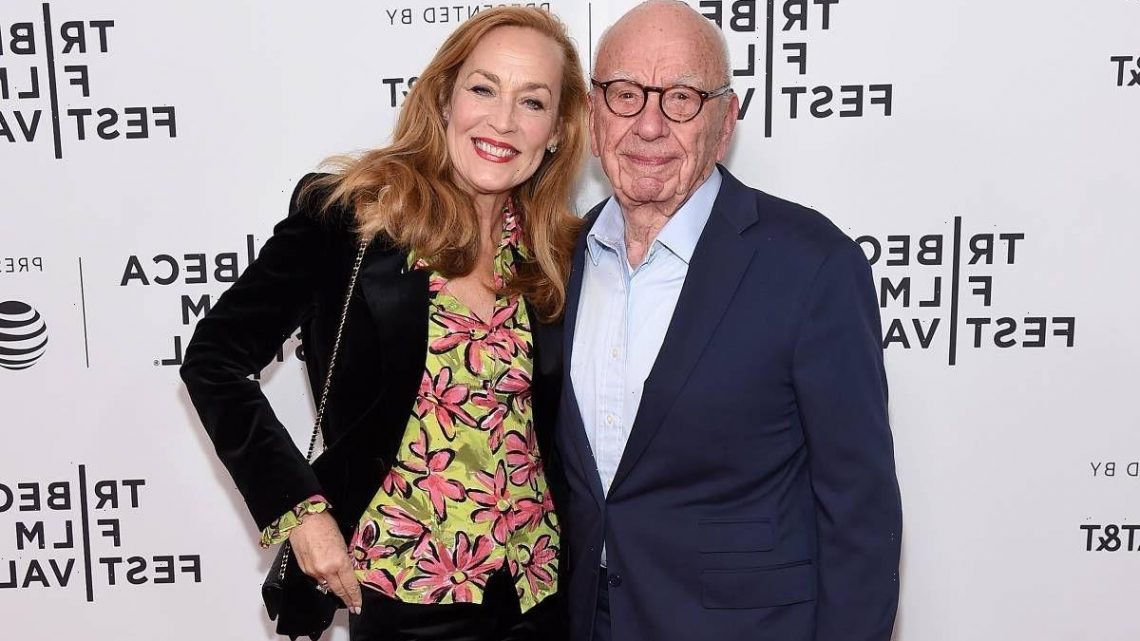 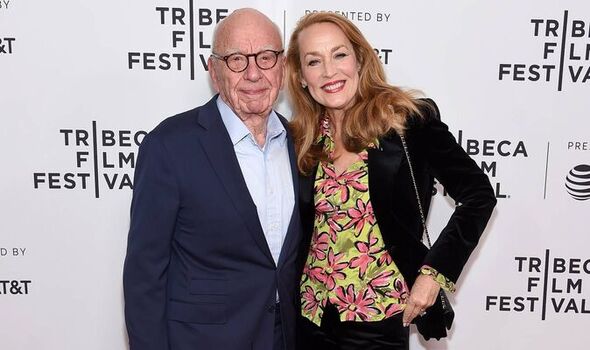 It is unclear, what if any, prenuptial agreement was signed with former supermodel Jerry, 65. It was the six-foot Texan’s first marriage after previously being in a 22-year relationship with Sir Mick Jagger. Together she and the Rolling Stones singer share four children.

However, the two never wed during their partnership, which lasted from 1977 to 1999.

Bryce Tom, a spokesman for the media mogul, declined to comment on the reports while Jerry’s agent failed to respond to enquiries.

Mr Murdoch and Ms Hall were married in March 2016 in a low-key ceremony in central London.

The billionaire marked the occasion by announcing on Twitter he would stop posting on the platform, calling himself “the luckiest and happiest man in the world.”

And in March last year, they celebrated his 90th birthday with more than 100 guests in New York.

They include daughter Prudence MacLeod, 64, with his first wife Patricia Booker and daughter Elisabeth, 53, and sons Lachlan, 50, and James, 49, with his second spouse Scottish journalist and novelist Anna Mann, 77.

Details of Mr Murdoch and Hall’s likely divorce are not yet known.

Mr Murdoch owns The Sun and The Times newspapers in Britain, Fox News and TheWall Street Journal in the States and papers in his native Australia.

The Murdoch family’s shares in the companies he founded reside in a managed trust.

The tycoon splits voting rights over that trust with four of his children – Lachlan, Elisabeth, James and Prudence – and has arranged them so he can never be outvoted.