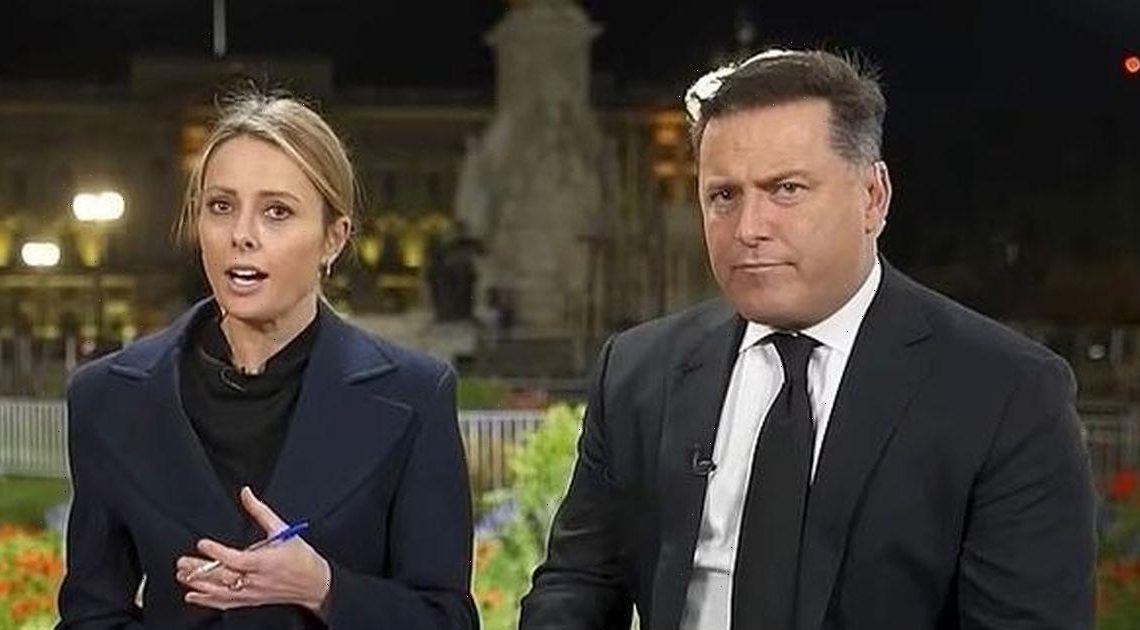 An Australian TV presenter was spotted taking an impromptu nap on live television after covering The Queen ’s funeral for 14 hours straight.

Today show host Allison Langdon had been working around the clock in London to broadcast coverage from the Queen’s state funeral for audiences back home in Australia.

Yet towards the end of her coverage, the 43 year old presenter had been caught on camera rolling up her jacket to take a small nap, as the taxing nature of the workload began to get to her.

The image soon went viral, with many viewers tagging Allison in the photos, with the presenter even seeing the funny side as she shared them on her own Instagram story alongside the cheeky caption: "Hour 14. Everything is fine.”

Ever since the news broke that The Queen had sadly passed away at the age of 96, Allison had been leading coverage for audiences in Australia, as she charted the mourning process from start to finish.

On the day following the public announcement, the veteran presenter was back on screen dressed in black as she reported on what would happened next, and outlined details of the funeral process as it was announced.

Just a few short days later, she set off for London to give Aussie viewers a first hand look at the scale of preparations underway and to allow them be part of this sad, but historic occasion.

For all of the latest updates, sign up for OK!'s Royal newsletter .

Sharing a few images on social media from her time at Buckingham Palace, Allison shared the stories of some of the mourners she had spoken to, as well as showing images of the Queen’s coffin as it was carried through London in a somber but dignified procession.

Describing her time in London last week, Allison said it was a “privilege” to have been asked to cover so momentous an occasion and to bear witness to the final departure of the UK’s longest reigning monarch from Buckingham Palace as the Queen moved to Westminster Hall.

Captioning her post, she wrote: "A privilege to watch the late Queen’s final departure from Buckingham Palace. A woman who meant so many things to so many people. What a farewell."

Several fans were quick to praise the star for her sensitive and informative coverage, with one even commenting: "You are doing a great job, thanks for allowing us to feel a part of it!.. loving all your interviews with people Ali it’s been very interesting.”

Another agreed, saying: "You and Karl are doing an excellent job for us back home, thank you.”

The Queen’s funeral was broadcast around the world on Monday, with millions of people tuning in from all corners of the globe to bid a final farewell to the long reigning monarch.

Among those paying their respects was former footballer David Beckham, who earlier in the week had queued for hours in the streets of London to pay his respects to The Queen as she was lying-in-state at Westminster Hall.

Alongside a snap of her majesty's coffin, he wrote: "Our Queen is home.. Today we said a final farewell to Her Majesty The Queen.

"This week the world has mourned the loss of a unique , inspirational & caring leader. People from all walks of life came together in their thousands to show gratitude for our beloved Queen.

"Alongside the incredible ceremony and tradition we have watched a loving family grieve for a mother, grandmother and great-grandmother with dignity and dedication. Her legacy of service and devotion to duty will endure…Long live the King."