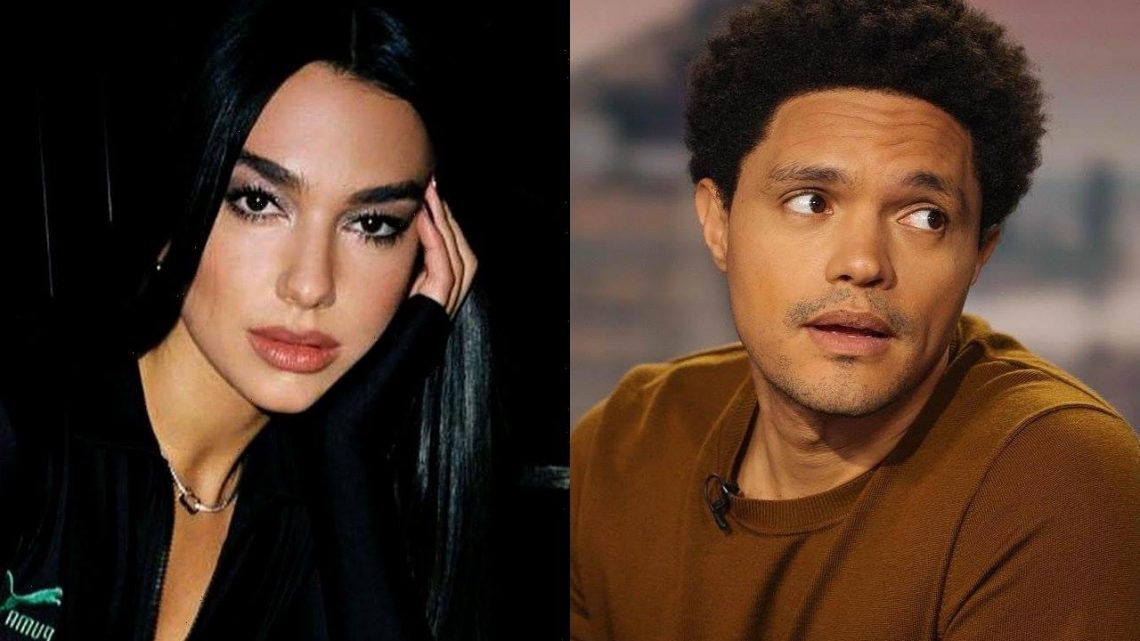 The ‘Levitating’ singer herself also doesn’t shy away from gushing over the comedian when he appears on her podcast, describing him as her ‘very special guest.’

AceShowbiz –Trevor Noah isn’t hiding his admiration for Dua Lipa. Weeks after he was spotted having a dinner date in New York City with the “Levitating” hitmaker, the comedian declared that he hopes to see the “wonderful” singer more.

The 38-year-old comic showered the musician with praises while appearing on the “Dua Lipa: At Your Service” podcast on Friday, October 21. “I said to my friend one day, ‘Every time I see Dua Lipa, it’s at an award show. So, now that means if I see her, my life is going well,’ ” he said.

Trevor went on to recall, “I remember when you performed… I feel like I saw you – were you in Ukraine maybe? You did the Champions League final! I remember you came on to perform and it was so weird. I remember people were like, ‘Who the hell is that?’ ” He then added, “I was like, ‘It’s Dua Lipa!’ “

“It’s all these old men who’ve come to watch a football game and they’re just like, ‘Who is this person?’ And then now there’s no one in the world who doesn’t know you,” he further raved. “I think that journey is what a lot of people don’t know about is how gradual and incremental that process is.”

Dua herself also didn’t shy away from gushing over Trevor. He called “The Daily Show with Trevor Noah” host “amazing” and described him as her “very special guest.” She also admitted that she watched his “monologues on TikTok all the time.”

Dua and Lipa sparked dating rumors in late September after they were caught packing on PDAs during a dinner date at Miss Lily’s in NYC. However, the singer already clarified that she’s currently single.

“For me, this is the first year I’ve not been in a relationship for a very long time,” the 27-year-old declared earlier this month on her podcast. “It’s been really great to just be alone and only think about myself and kind of be quite selfish.”