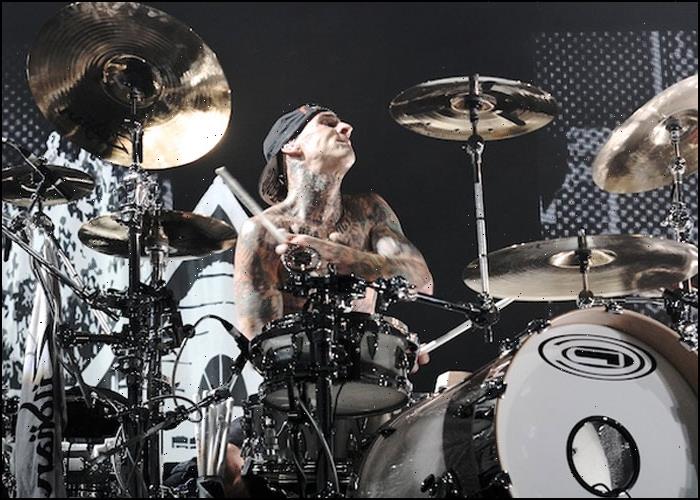 According to TMZ, the musician went to West Hills Hospital and Medical Center near Calabasas on Tuesday morning (June 28) after experiencing a health scare. He was then rushed to Cedars-Sinai Medical Center in L.A. for additional care.

Photos released by TMZ show medical staff transporting Barker on a stretcher with Kardashian, clad in a black hoodie and sweatpants, walking alongside him.

A subsequent report from TMZ said Barker was hospitalized for pancreatitis, an inflammation of the pancreas, which doctors believe was triggered by a colonoscopy.

Barker tweeted, “God save me,” on the day he was hospitalized, although it is not clear if that post was related to his medical problems.

About four years ago, Barker was hospitalized and readmitted due to blood clots found in each arm, according to People. Barker also suffered from a staph infection and cellulitis, a bacterial infection that can cause swelling, inflammation and pain.

Barker told Men’s Health last year that a 2008 plane crash put him in the hospital with third-degree burns on 65% of his body.