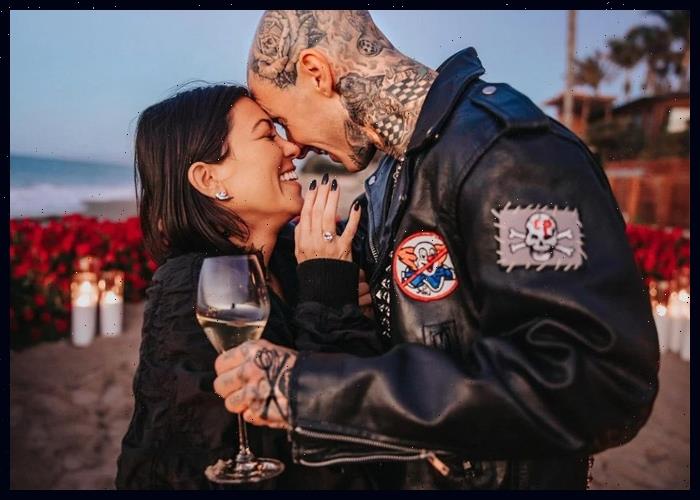 Travis Barker Featured In Trailer For Season 2 Of ‘The Kardashians’

Hulu has released a trailer for the season 2 of “The Kardashians” showcasing Blink-182 drummer Travis Barker and Kourtney Kardashian‘s love story.

Khloe Kardashian opens the trailer by saying, “We’re leaving our fate in the hands of random people, what if they hate us?”

“Season 2, here we come!” Kris Jenner announces, before Kourtney states, “It’s such a beautiful thing to be able to live as if no one else is watching.”

Meanwhile, the new trailer doesn’t feature the reported breakup of Kim Kardashian and Pete Davidson or the recent news of the birth of Khloe and Tristan Thompson‘s second child via surrogate.

The new season of “The Kardashians” is set to premiere September 22 on Hulu and internationally on Disney+.