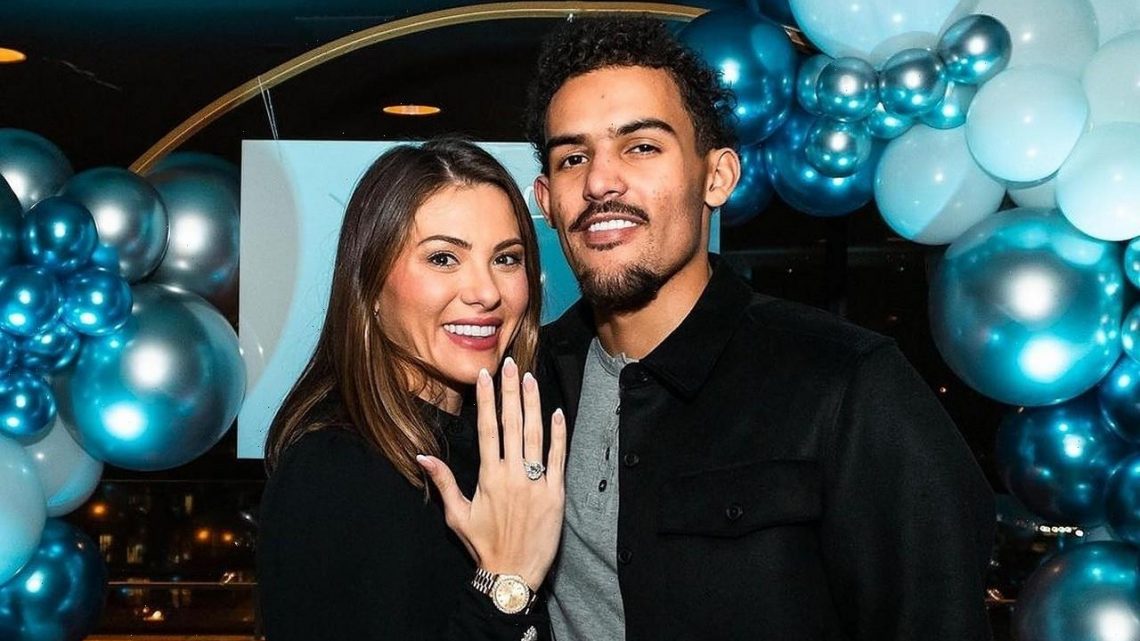 The Atlanta Hawks basketballer announces that he is set to tie the knot with his girlfriend of three years after popping the big question in a romantic proposal.

AceShowbiz –Trae Young is taking his relationship with Shelby Miller to the next level. The Atlanta Hawks player popped the big question to his girlfriend after three years of dating, and she said yes.

Both of them posted on Instagram a series of pictures from the proposal to announce their engagement. He got down on one knee in a romantic set-up. There were candles, white and blue balloons, as well as white rose petals scattered on the floor.

“What a night,” the NBA star exclaimed while adding hashtag “FutureMrsYoung” on his post. Meanwhile, bride-to-be Shelby simply captioned her post with “Forever young.”

Trae Young, 23, and Shelby Miller, 25, have been in a relationship since 2018. The couple met for the first time at the University of Oklahoma when he was playing for the Oklahoma Sooners basketball team and she was on the cheerleading squad.

“I guess you could say I’m a pretty big fan…,” she added a cheeky caption when posting a picture from their first meeting.

The basketballer largely kept his relationship out of spotlight, but he often popped up on his girlfriend’s social media pages.

Last year, the couple were asked about how many children they wanted as they answered random questions from fans on TikTok. He seemed to freak out as he reacted, “Oh my God!” while Shelby didn’t hesitate to answer that she wanted to have three kids when she settled down one day.

In a 2018 interview, Trae Young explained he kept his distance from social media for the sake of his mental health.

After playing a game, he usually just went home and relax. “Not even turn on the TV, because I know they will be talking about me. [The criticism] isn’t gonna help me. I’ve tuned out social media because that’s a place that can really bring you down if you pay too close attention to what everyone is saying. So I don’t,” he explained.

Trento in northern Italy is big on tradition, quality food, and festive cheer