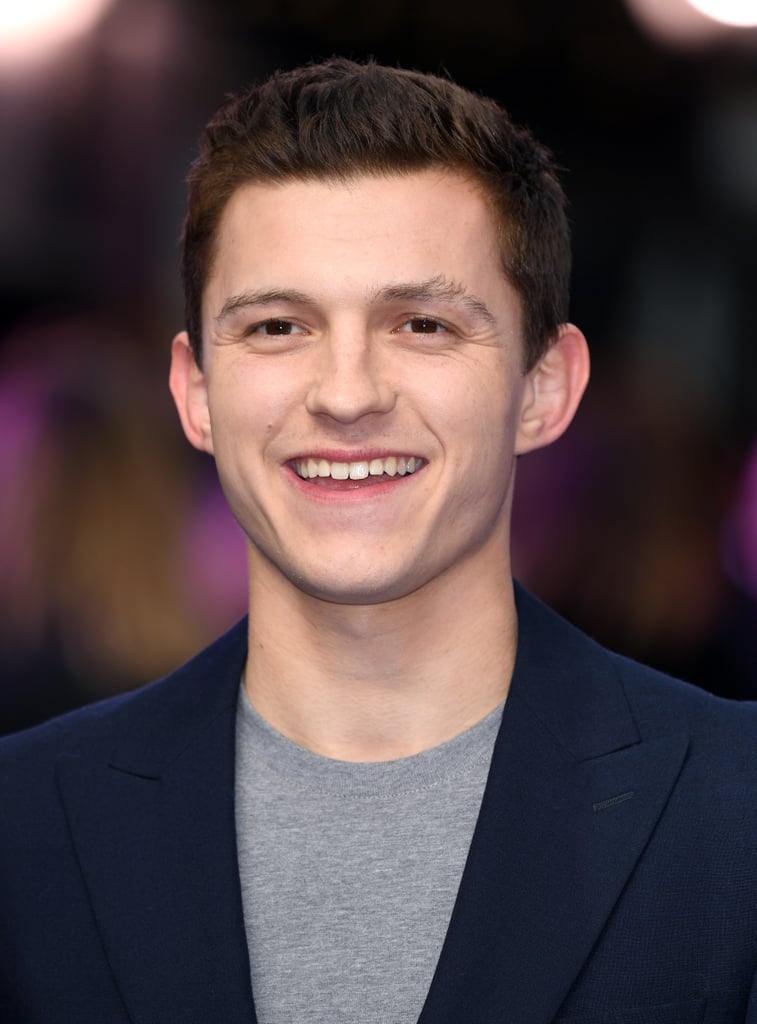 If Steve Rogers has America’s ass, then I’d like to make a strong argument for Tom Holland, aka Spider-Man, having America’s abs because he is hiding some serious gym progress under that spidey suit. In a series of videos shared to his Instagram Stories on Wednesday, Tom made an attempt at the “Handstand Challenge,” in which he tries to put on a shirt (sigh) while doing a handstand without falling over. I may not have any superpowers myself, but after watching his story for the tenth time today (strictly for informative purposes), I have pretty much every second memorized, and I’d say that’s pretty extraordinary.

After holding himself up against a wall for balance, Tom reaches for a jersey he has laying on the ground nearby and does his best to get the shirt over his arms and head. While this challenge looks like it takes some serious upper body strength (and patience) to complete, Tom clearly has plenty of both to go around. At the end of the final video, Tom tags Ryan Reynolds, Jake Gyllenhaal, and his friend Harrison Osterfield to try the challenge for themselves, and you can bet that I’ll be refreshing my feed until they respond. Keep scrolling to see Tom’s journey as he tries to get the shirt over his head without falling over.

Want To Cut Your Own Hair In Quarantine? Jonathan Van Ness Says Please, No.

Cruise bookings are on the rise for 2021 despite coronavirus
Entertainment