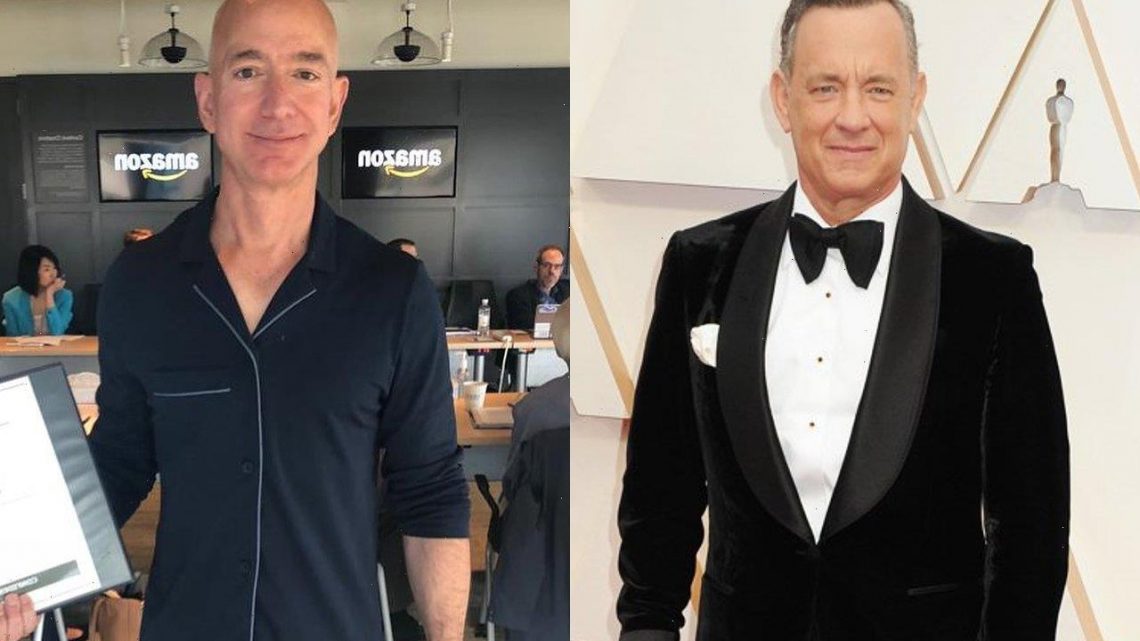 The ‘Captain Phillips’ star reveals he was invited to hitch a ride on the Blue Origin mission before William Shatner took off last month, but the Oscar-winning actor refused to pay for it.

AceShowbiz –Tom Hanks could have had a once-in-a-lifetime experience of his own by traveling into space, but he has deliberately passed up the chance. The two-time Academy Award-winning actor revealed he was invited by Jeff Bezos to hitch a ride on his Blue Origin rocket, but it came at a price that he wasn’t willing to pay.

During his Tuesday, November 2 appearance on “Jimmy Kimmel Live!“, the “Sully” star claimed he got the offer before William Shatner traveled to space last month. He said the flight would cost $28 million.

“Well yeah, provided I pay,” the 65-year-old star told Jimmy Kimmel. “It costs like $28 million or something like that. And I’m doing good, Jimmy – I’m doing good – but I ain’t paying $28 million. You know what, we could simulate the experience of going to space right now.”

“It’s about a 12 minute flight? Is that it? … Okay, we could all do it in our seats right here,” he added, before he mimicked shaking in a rocket while bouncing around in his seat. “I don’t need to spend 28 million bucks to do that,” he said.

Jimmy later asked Tom if he would consider joining the space flight if it were free. “I’d do it on occasion, just in order to experience the joy. Pretending I’m a billionaire,” he jokingly responded.

William became the oldest man in history to travel into space after joining Blue Origin’s second sub-orbital human space flight, Blue Origin NS-18, on October 13. He didn’t say that he did it for free or he had to pay for it, but his travel into space has earned him some criticism from Prince William and his “Star Trek” co-star George Takei.

“He’s a guinea pig, 90 years old and it’s important to find out what happens,” George said of the former Captain James T. Kirk depicter. He added, “So 90 years old is going to show a great deal more on the wear and tear on the human body, so he’ll be a good specimen to study. Although he’s not the fittest specimen of 90 years old, so he’ll be a specimen that’s unfit!”

Prince William, meanwhile, suggested the price of the trip could have been better spent here on earth. “We need some of the world’s greatest brains and minds fixed on trying to repair this planet, not trying to find the next place to go and live,” so the British royal told BBC.

Shoppers Say This $8 Lash Curler Is so Effective, They Can Skip Mascara and Lash Lifts