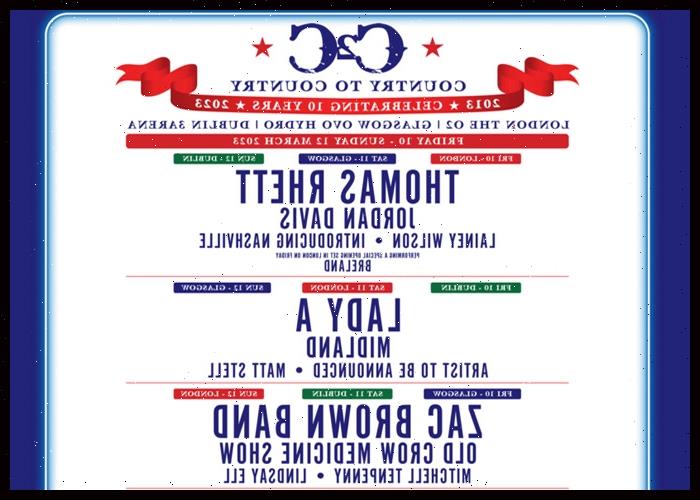 Thomas Rhett, Lady A and Zac Brown Band have been confirmed to headline the Country to Country (C2C) 2023 music festival.

This marks Rhett’s second time as a headliner at C2C, and a third time for both Zac Brown Band and Lady A.

Breland will co-host the festival across the weekend with broadcaster Bob Harris.

The three-day festival will kick off on March 10 at London’s The O2, Glasgow’s OVO Hydro, and Dublin’s 3Arena.

The 10-year anniversary of Europe’s biggest country music fest will feature performances from the world’s best country stars as well as emerging talent from Nashville, the U.K. and Europe.

Country to Country has become a staple on the U.K. festival calendar and has attracted tens of thousands of fans each year.

The full line-up will be announced later in the year.