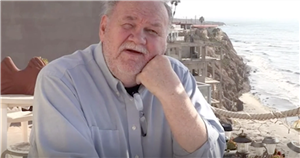 Thomas Markle has threatened to take his estranged daughter Meghan Markle “to court” in a bid to see his grandchildren.

Thomas, 77 appeared on Fox News, to accuse Meghan and Prince Harry of “bad behaviour”. Speaking from his home in Mexico, he also asked for the Queen to allow his granddaughter Lilibet to be baptised at the Queen’s church.

He said: “We shouldn’t be punishing her for Meghan and Harry’s bad behaviour.

“Archie and Lili are just sweet little kids, let’s keep it to that," he continued.

“In addition, I will be petitioning the California courts for the right to see my grandchildren in the very near future.”

After dropping this bombshell claim, Thomas went on to criticise Harry’s plans to write an “intimate and heartfelt” tell-all book on the Royal family.

He said: “Er, Harry doesn’t have too much more to tell. After three sessions with his psychiatrist and Oprah Winfrey, I don’t know what more there is to tell.

“I think it’s foolish. And I think it’s an insult to the royals and to the British people."

The book, by the Duke of Sussex, 36, is set to be released late next year with publisher Random House presenting it as an "uplifting human story" from the sixth in line to the throne.

Random House announced the news on Twitter on Monday 19 July alongside the quote by Prince Harry, which read: "I'm writing this not as the prince I was born but of the man I have become."

The Duke of Sussex continued: "I've worn many hats over the years, both literally and figuratively, and my hope is that in telling my story – the highs and lows, the mistakes, the lessons learned – I can help show that no matter where we come from, we have more in common than we think.

“I'm deeply grateful for the opportunity to share what I've learned over the course of my life so far and excited for people to read a firsthand account of my life that's accurate and wholly truthful."

Meghan and Harry's strained relationship with her dad Thomas has taken a beating over the past year.

In June, Thomas threatened to expose Meghan's dirty laundry as he begged to be allowed to meet Lilibet.

In an interview with 60 minutes Australia, he said he hadn't spoken to Meghan or Harry for three years.

Thomas added that he had learned about his new granddaughter's arrival the same way as everyone else did – on the news.

He said: "I haven't spoken to her [Meghan] since two days before they got married."

When asked about where he learnt of Lilibet's birth, he said: "No phone calls, I just heard it on the radio.

"I'll be very disappointed that I don't get to hold my granddaughter."

Meghan and her father's relationship has been especially difficult since he posed for images supposedly showing him getting ready for her wedding, including a tuxedo fitting and reading a book about Great Britain in an internet café.

He did not attend the wedding and it was later announced that he had undergone urgent heart surgery.

Meghan's father-in-law Prince Charles stepped in to walk her down the aisle.