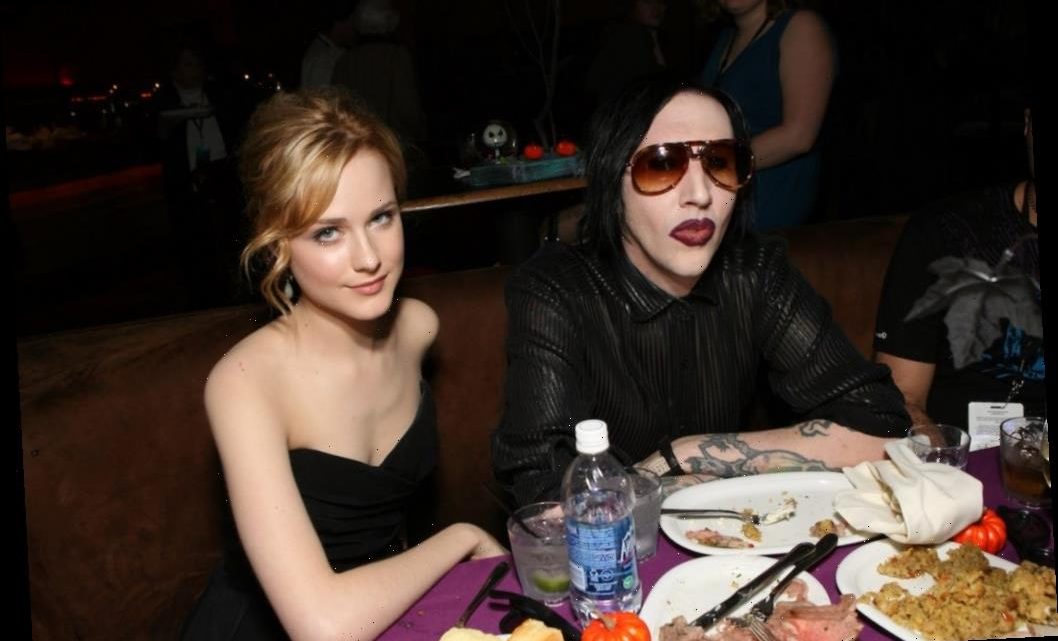 This Is Why Evan Rachel Wood and Marilyn Manson Broke Up

When Evan Rachel Wood and Marilyn Manson were linked in the mid-2000s, fans were stunned. Not only was the rocker 17 years the actor’s senior, but he was also still married. While both have stayed quiet about the reason behind their breakup, the Westworld actor just came forward with allegations of horrendous abuse she suffered at Manson’s hands.

In 2006, people were stunned when the rocker left his then-wife, burlesque dancer Dita Von Teese for the young actor. Wood was just 19 at the time, while Manson was 36 years old.

The pair were on and off again for four years, including a period of engagement before eventually calling off their relationship in 2010. While Manson has refused to speak about Wood publicly, until recently, the Wood has been reserved when reflecting on her time with the rocker.

“I thought I was in love,” Wood shared with Net-a-Porter.com in 2015. “I wasn’t doing it to prove a point or be rebellious. I wanted to break a mold for sure – I knew I was edgier, more alternative, and weird. And he was just what I needed, because I felt really free with him. And that freedom was attractive.”

Now, the Thirteen actor is making some explosive claims about Manson and her time with him.

In the past, Wood has spoken candidly about the abuse she experienced at the hands of an unnamed ex. Now, she is coming forward to name Manson as her abuser. In an Instagram post, she alleged,

The name of my abuser is Brian Warner, also known to the world as Marilyn Manson. He started grooming me when I was a teenager and horrifically abused me for years. I was brainwashed and manipulated into submission. I am done living in fear of retaliation, slander, or blackmail. I am here to expose this dangerous man and call out the many industries that have enabled him before he ruins any more lives. I stand with the many victims who will no longer be silent.

In solidary with Wood, at least four other women have come forward to share their expeirnces with Manson which include sexual assault, psychological abuse, and/or various forms of coercion, violence, and intimidation.

In 2018 Wood testified before a House Judiciary Subcommittee as part of an effort to get the Sexual Assault Survivors Bill of Rights passed in all 50 states. She stated,

My experience with domestic violence was this: Toxic mental, physical and sexual abuse which started slow but escalated over time, including threats against my life, severe gaslighting and brainwashing, waking up to the man that claimed to love me raping what he believed to be my unconscious body,

She did not name Manson at the time.

This is why Marilyn Manson and Evan Rachel Wood broke up

When Manson and Wood split in 2010, people simply thought their relationship had run its course. However, the year prior, fans were horrified when Manson described a horrific act of violence toward Wood during a period of separation between the pair.

“I have fantasies every day about smashing her skull in with a sledgehammer,” he told Spin in 2009. He also described harassing her and threatening her during a breakup in 2008.

“Every time I called her that day—I called 158 times—I took a razor blade and I cut myself on my face or on my hands,” he continued, “I wanted to show her the pain she put me through. It was like, ‘I want you to physically see what you’ve done.’”

How to get help: In the U.S., call the RAINN National Sexual Assault Telephone Hotline at 1-800-656-4673 to connect with a trained staff member from a sexual assault service provider in your area

Jamie Tarses: A Complicated Tenure at ABC, But a Network TV Trailblazer
Entertainment