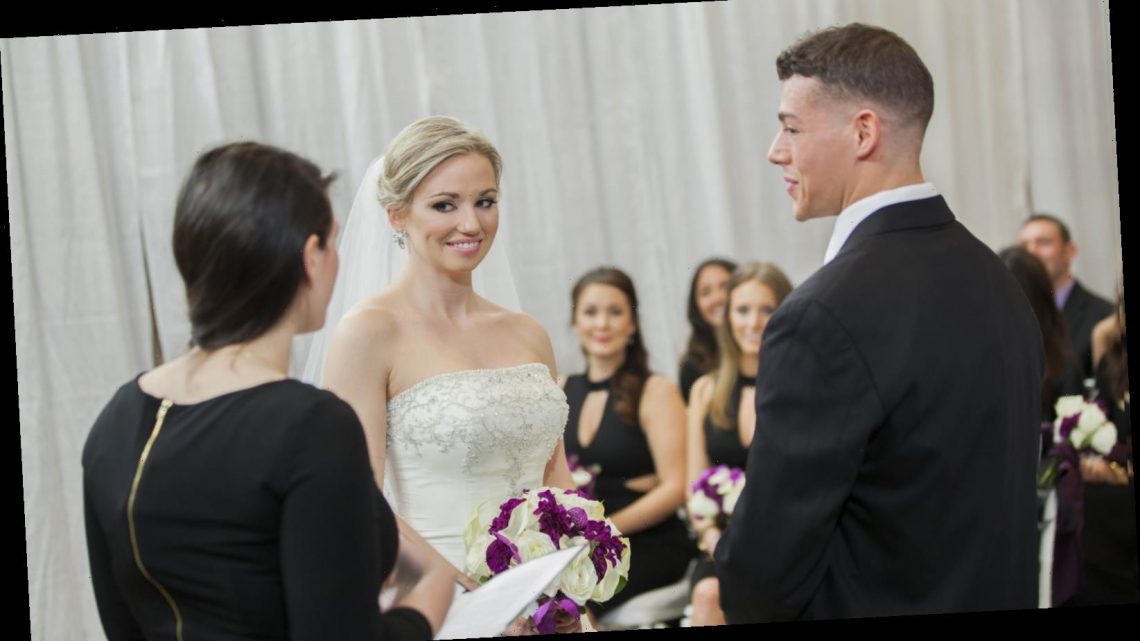 The Truth About Married At First Sight’s Casting Process – Exclusive

First comes marriage and then comes love for the couples on Married at First Sight. So what happens behind the scenes? This social experiment has hopeful singles undergo a lengthy casting process to help them find lasting love (via YouTube). But just how rigorous is the selection of the romantics who are willing to marry a stranger? Who better to get the inside scoop from than a former cast member?

The List sat down with Cortney Hendrix, from Married at First Sight’s very first season, who gave us an in-depth look into all the steps she took before walking down the aisle. The North Carolina native and makeup artist, who was living in New York City at the time, was matched with Brooklyn native and aspiring firefighter Jason Carrion (via The Sun). The show’s expert matchmakers got something right, because the pair were married for five years and even filmed the spinoff shows Married at First Sight: The First Year, per the New York Post. The couple then also appeared on Married Life (via YouTube).

Although the fan favorites ultimately divorced, Hendrix knows that it was because of her honesty during the application process that she was well matched, per People. “I knew I had to show the good, bad, and the ugly and they used that and matched me to someone who I fell in love with,” she said. Here’s a detailed description of the process that the cast of Married at First Sight goes through before they get to the altar.

Did you ever wonder how the experts ensure the singles like what they see when they’re walking down the aisle? Well, the show’s sexologist makes that happen. “She straight up asked,” Cortney Hendrix explained. “‘What are you attracted to? Say what you like, say what you don’t like … ‘” It’s because of this intense round of questioning that the Married at First Sight alum has no sympathy for those who whine about their lack of attraction — resulting in many uncomfortable kisses – to their spouse. “Some of these people were like, ‘Oh, I’m not attracted to him’ … You were asked and if you didn’t say the truth, that’s your own fault,” she said.

The professionals leave nothing to the imagination in the looks department. They presented Hendrix with a packet full of photos of different men — 100 to be exact. “And we had to go through and rate the people based on physical looks only … I feel like it was a scale from one to five,” she dished. What she didn’t know at the time, of course, was that she had rated all the guys on her season, including her future husband.

The experts got something right, because the blushing bride was very attracted to her new groom. From their flirty photo shoot, to the wedding night and sultry honeymoon that followed, there was some major vibing happening.

Way before the cameras begin rolling, the show’s set of professionals work their magic to make successful unions that they hope will last a lifetime. During the first season, Married at First Sight employed four experts —  a sexologist, sociologist, psychologist, and spiritual advisor — to apply their knowledge and experience to create promising pairings. (The show has changed over the years, and now they are down to three experts.)

Two days after the final casting round, Cortney Hendrix met with three of the show’s four experts —  for both on-and-off camera interviews. You may be wondering why she didn’t meet with the fourth. ” I actually panicked and didn’t let her in!” she confessed.

After these in-depths interviews, Hendrix got some soul-searching homework to do in the form of another questionnaire. This was one was lengthy, to say the least. “It took me six hours! I literally laid on my apartment floor sobbing over them and drinking sake as I poured my soul onto the pages,” Hendrix explained. The honest answers she gave paid off in the end, allowing her to stand out from the thousands of other applicants. “I genuinely believe that is what showed the experts so much about me and why I was picked,” she said.

For Cortney Hendrix, the road to the altar began with a phone call in January 2014. “It was pretty general questions of why do you suck at dating,” she said. After she decided she was down to apply to the reality show — which she was first told was a group dating experiment — she filled out a short questionnaire. She also had to submit a doctor’s note “proving that I was healthy and could be on a reality TV show that could possibly involve intimacy.”

In February, she was called into the final casting round — where she met fellow future castmate Jamie Otis — and that’s when the producers revealed that the social experiment actually ended in a legally binding marriage. Although many who were there dropped out immediately, this shocking twist didn’t stop Hendrix from going through with her original mission of finding her soulmate. “Before leaving, I signed the contract that said I understand this is for marriage if I am matched and consenting to going through the matching process,” she said. “It was also the prenup.” However, this agreement still did not guarantee that Hendrix would be matched. On the first week of March, only two months after she applied, production called her to share the good news that she had gotten matched. With all the paperwork and interviews behind her, it was time for the easy part — getting Married at First Sight.

We're Suddenly Ready For Spring, Thanks to Madewell's Dreamy Preview

YouTuber Accidentally Shoots Himself in The Head
Entertainment