Every time The Resident star Manish Dayal sees an orange, he thinks of his late grandmother, Ranjan. “She [could] peel an orange in a way that there’s zero rind at all,” Dayal told Men’s Health while reflecting on her memory. “You [would] see no white. It’s the perfect orange.”

Dayal is thinking about the grieving process a lot lately; his character on FOX’s medical drama, Dr. Devon Pravesh, losing his father to COVID-19 in the show’s Season 4 premiere might have something to do with that. The Resident is one of the few medical dramas on TV telling pandemic-adjacent stories in a post-vaccine world. So, it’s already been a few months since Tejan Pravesh’s (Brian George) death by the show’s next episode.

Devon is clearly still grieving, even while treating patients. He’s functional but in denial—snapping at coworkers and patients alike, and even imagining what his father went through as he lay dying alone in a public hospital bed in Queens. Devon was in Atlanta saving strangers’ lives at Chastain Memorial, the private hospital where The Resident’s doctors work.

There’s nothing extraordinary about Devon’s grief, but that’s what makes the story vital. As of this writing, more than 430,000 people have died in the U.S. due to COVID-19. Men are mourning loved ones and need to see their experiences reflected in the media. But it’s rare to see a grief story on TV at all, let alone one centered around a man for four episodes. 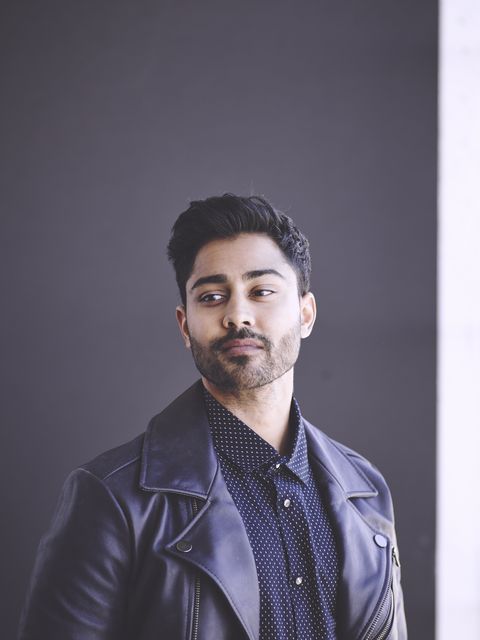 “The most painful thing in the world for a man is failure,” said Josh Jonas, a psychotherapist and the Clinical Director of The Village Institute who specializes in treating men and people who have experienced trauma. “That’s my belief. So many men believe that just the experiencing of painful feelings automatically means they’re doing [something] wrong and automatically they’re failing.” This is why there is a stigma around grieving for many men. So, it tracks that there are not many grieving men on TV.

Both Jonas and Dayal want to see that change. TV can provide people with archetypes through which to model their behavior. So Jonas said the entertainment industry should let the “strong and silent type” evolve. “If you can show grief as universal and part of not just the human experience, but also the male experience, you can see it as something that allows someone to grow and become stronger as opposed to a kind of weakness,” he said.

Dayal has two young sons and said he sometimes thinks about grief when considering the young men he hopes they become. “I want them to be kind. I want them to be empathetic. I want them to just be good people. And I have to think about how grief plays a part [in] that. How do I teach my sons to express grief, feel it, live it and then move on in their own specific and tailored way?”

“If you can show grief as universal and part of not just the human experience, but also the male experience, you can see it as something that allows someone to grow and become stronger as opposed to a kind of weakness”

It’s a question everyone has to answer for themselves, but Jonas said the hardest part of the grieving process for a lot of his male patients is actually feeling it. He said men and women don’t generally experience different emotions while grieving—men just try harder to push their grief away. So what they feel at first is “a lot of anger, a lot of rage, a lot of isolation,” Jonas said. “So the fear is, ‘If I allow myself to go there, the feelings will be never-ending and they’ll just swallow me up. I’ll just cry and never be able to stop.’”

Devon is the embodiment of that mentality, especially during his first day back at work when he’s imagining his father’s suffering while trying to treat patients. He is literally hallucinating images of his father’s suffering in his mind. He also knows that the Queens hospital’s staff was stretched thin and they didn’t have enough supplies to treat patients. So, when he finds out that a Congresswoman he’s been treating all day has been lying about her personal life, preventing her doctors from saving her life and diagnosing a treatable condition—he gets angry.

Congresswoman Nichelle Randall (Nichelle Hinds) withholds her travel plans to hide an affair with her driver while Devon could have been treating patients whose lives were actually at risk. She’s lucky to be at a private hospital with resources. Perhaps thinking about how she could have been a patient in New York who prevented his father’s doctors from providing him the best care, Devon reprimands Nichelle for her selfish and dangerous act.

Then he has to confess his anger about some of the circumstances behind his dad’s to his superior, Dr. Conrad Hawkins (Matt Czuchry). “He tells Conrad what his feelings are about what happened to his dad and how he died in a way that could have been prevented had it not been for his socioeconomic status and also the color of his skin and nature of the hospital,” said Dayal. “As a physician, I think he must feel a great deal of regret and remorse that he wasn’t able to help his dad more, but that’s just sort of the nature of this virus.” 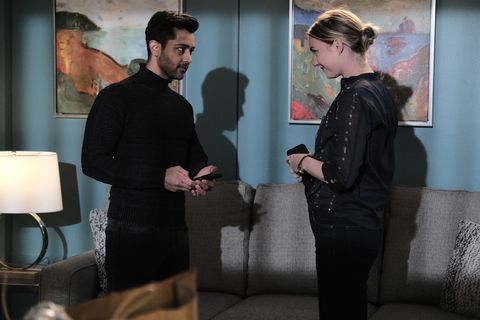 Jonas said that there are specific routines men can incorporate into their lives to help them navigate the uncomfortable emotions they may be wary of. “Men love to numb. So look for all the places in which you numb and start to get rid of them,” he said. Some numbing behaviors are obvious (like drinking). Others are more covert (like constantly listening to the radio or binging Netflix).

“I will tell guys, ’cause it’s so hard for them to do if at all possible, find time to do nothing,” said Jonas. “It’s really important to cultivate nothing time for men free of burden, free of demand. Those things are so important for them to begin to just create that space and allow for certain painful, difficult feelings to be.”

Dayal is already prepared to impart similar advice to his sons. “I would say to experience it. Like live it and try not to push away, try to understand it,” he said. “Because that I think putting them away, burying them and try not to come face to face with a memory of a loved one just does them a disservice and does you a disservice. I think the best way to honor someone is to remember them; Ultimately it will help you become a stronger man and person.”