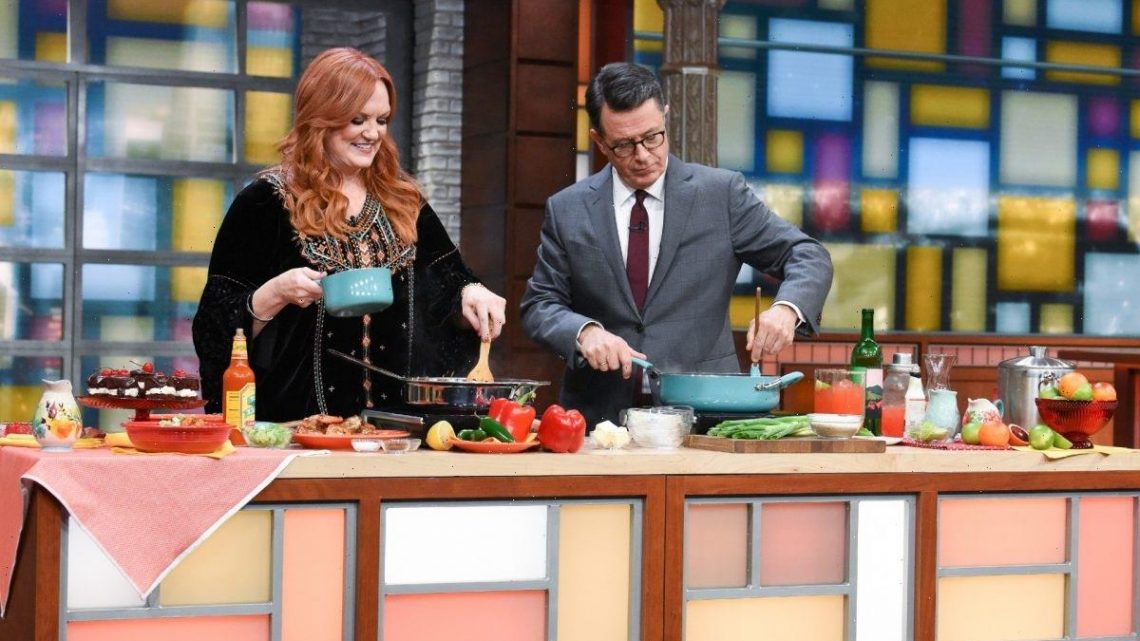 Ree Drummond has the perfect easy snack idea that’s a fun spin on s’mores — only it’s made with toast. It’s quick to assemble and requires just a handful of ingredients and a broiler (though The Pioneer Woman star did set her first batch on fire on her show!).

Drummond demonstrated how to make her fun dessert on an episode of The Pioneer Woman. “Question. Do you like toast?” she asked. “I love toast. To me, toast is kind of the basis of the American diet. It’s the basis of our society, basically. And so today, you and I are going to get toasted together!”

To make the cinnamon s’mores toast, Drummond toasted cinnamon swirl bread in the broiler. “And then I’m going to top it with all kinds of good stuff — cinnamon-sugar, chocolate, marshmallows — hang on to your hat, this is going to be good,” she said.

The Pioneer Woman star buttered each piece of toast and sprinkled a generous amount of cinnamon-sugar mixture over the top. “This is actually going to go back into the oven so it will kind of barely caramelize and you can afford to add a little bit more than you normally would,” she explained.

Drummond topped the toast with mini chocolate chips and miniature marshmallows. “The broiler is still on and so I’m going to toast the marshmallows!” she explained. “I’m so clever… I’m taking this toast theme a little too far today.”

‘The Pioneer Woman’ star set her s’mores toast on fire

Drummond put the toast under the broiler but things didn’t quite go as planned. “I’m going to put these under the broiler and let them go until the marshmallows are to my desired level of golden brown,” she explained.

Cut to The Pioneer Woman star pulling the tray of toast out of the oven, saying, “Oh my gosh!” as she removed the flaming s’mores toast. She removed the torched dessert and calmy placed it on the counter, blowing out the fire to reveal the burned marshmallows. “I had no idea that was so hot!” she said with a laugh.

Drummond went on to do a ‘Take 2,’ which revealed what the dessert should look like. “They look perfect. I was worried that I was going to get them a little too brown but they turned out just right,” she said. Her daughter Paige giggled while filming the show since the first take ended in disaster.

“I would let it cool for a minute or so before diving in,” Drummond added. “Those marshmallows and that chocolate are gooey and piping hot and that’s why this is my new favorite dessert.”

The full recipe is available on the Food Network website.

Drummond shared a video clip of her kitchen accident in an Oct. 15 Instagram post before the episode aired. “Tomorrow (Saturday) morning, this episode of The Pioneer Woman airs on @foodnetwork and the funniest thing about it isn’t that I caught a pan of s’mores toast on fire. Or that I named the episode ‘Let’s Get Toasted.’ (True story, look in your TV guide.),” she captioned the post.

She continued, “It’s that after I put the fire out, I said (of the broiler) ‘I had no idea it was so hot!’ It’s like saying I had no idea the swimming pool was so wet. Also, kudos to Food Network for keeping this stuff in my shows now and not editing it out. I think they realized along the way that if they edited it all out, there wouldn’t be enough footage for a full 30-minute show because well … this happens more than you’d think.”