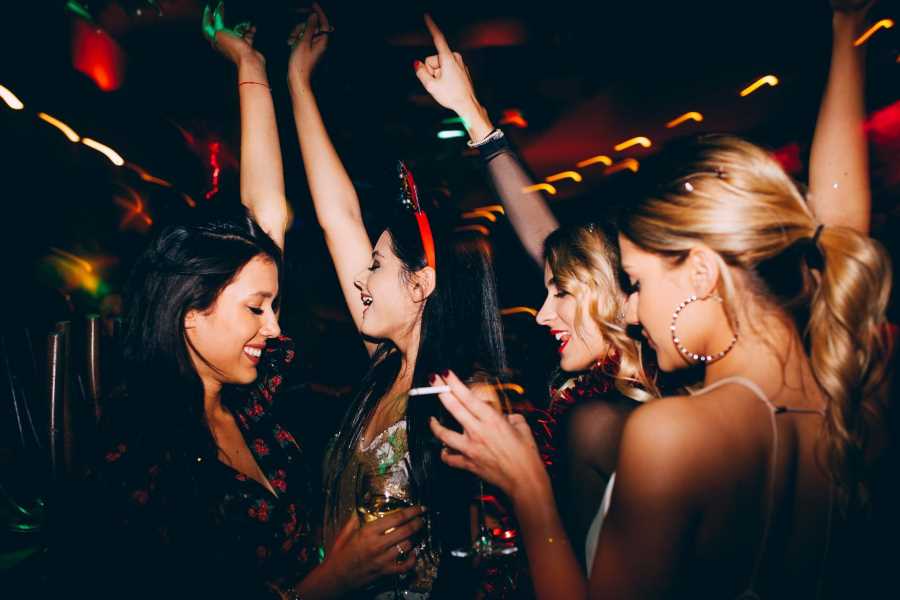 Every few months, a new, flirty and fun personality archetype drops on the internet. A few years ago, it was VSCO girls, for ladies who love their waterbottles, Fjallraven Kanken backpacks, and Save the Turtles stickers; a few months back, it was the Clean Girl, for those Emily Mariko types who wake up at 5 a.m., chug green juice, and just generally have their shit together. But currently, the one capturing the hearts and minds of those looking to have the most chaotic summer possible is the feral girl.

The feral girl — or more specifically, the phrase “Feral Girl Summer” — has been floating around in the online ether for years, largely as a corollary to the Hot Girl Summer meme coined by Rolling Stone cover artist Megan thee Stallion. Most recently, however, TikTok creator Mollie went viral for her own take on the phrase. As described by Mollie, Feral Girl Summer is essentially as follows: a season for raging to house music until 7 a.m., surviving off vodka sodas, and waking up in the afternoon to have McDonald’s for breakfast. Basically, it’s living your best life without giving an iota of thought to the notion of propriety or self-care, a way to make up for lost time during the stultifying days of the pandemic, and a refreshing perspective in an age where picture-perfect green juices and Pilates routines are taking over our FYPs.

“I just wanted to remind people that your life doesn’t have to fit this perfect mold that we see a lot of other influencers try to portray,” Mollie tells Brittany Spanos and Ej Dickson on the latest episode of Don’t Let This Flop, Rolling Stone‘s podcast on internet culture. “It’s okay to look a little bit messy. It’s more just about being who you are, not caring as much what people think about you and enjoying your time.” For Mollie, who is a fan of EDM culture, that entails going to the club, but as she points out, “there’s not a specific definition. I think it could be different for everybody.”

“Feral Girl Summer” caught on like a vodka-fueled wildfire and has officially entered the mainstream zeitgeist, with none other than Rebel Wilson discussing the term on the Today Show. But that doesn’t mean that it hasn’t sparked some light controversy. One Independent piece characterized Feral Girl Summer as “the latest dating trend to make single women feel inadequate,” musing that it may put as much pressure on women to be chaotic as other trends such as the Clean Girl aesthetic do on women to be perfect.

Mollie is acutely aware of such critiques. “It is so interesting to watch people’s different interpretations and try to say things that are associated with it, or the implications of what it’s causing in society, in our culture,” she says. “And I’m just kind of here. I just did this to tell people to have some fun and get a little feral.”

This week on Don’t Let This Flop, Spanos and Dickson talk the implications of Feral Girl Summer as well as the “Natural” Coke trend, the latest season of Love Island, and whether Nick Cannon has a breeder fetish.

7 Last-Minute Father’s Day Gifts That Will Arrive in Time — Up to 33% Off!
Entertainment