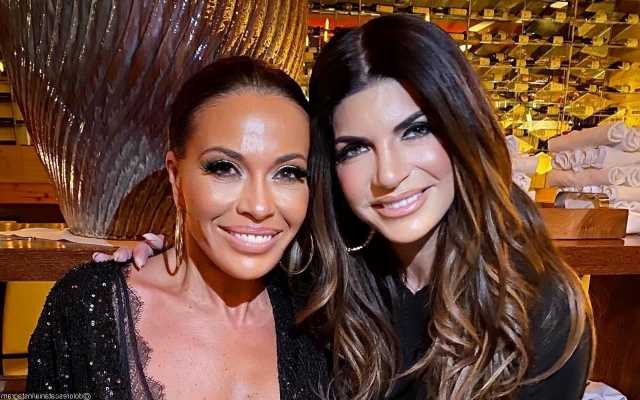 According to her co-star on ‘The Real Housewives of New Jersey’, the ailing Bravolebrity is currently ‘in a tremendous amount of pain’ following the emergency medical procedure.

AceShowbiz -More details about Teresa Giudice‘s recent hospitalization have been unveiled. According to her friend Dolores Catania, “The Real Housewives of New Jersey” star was rushed to hospital for an emergency appendix removal surgery.

On Monday, March 28, Dolores spilled to E! News that Teresa “had her appendix out.” The Bravo star later explained, “Now it just takes time to heal. But it was emergency surgery so she’s in a lot of pain.”

Dolores added that she “just spoke to” Teresa and “she’s not well.” The 51-year-old TV personality went on to reveal that Teresa “is not feeling good at all. It’s bad,” before stressing, “She’s in a tremendous amount of pain.”

Teresa was rushed to the hospital on March 22. “Teresa was admitted to the hospital last night and had a non-cosmetic emergency procedure this morning,” her lawyer, James Leonard, confirmed to Page Six. “She is recuperating and is looking forward to a speedy recovery.”

“She thanks everyone for their prayers and well wishes,” James continued explaining. The attorney further explained that Teresa was set to be released from the hospital “within the next 24 hours.”

Then on March 25, the Bravolebrity revealed that she’s already back home. At the time, she took to Instagram Story to share a video of her snuggling underneath a navy blanket in a living room. She was accompanied by her daughters, 21-year-old Gia Giudice and 16-year-old Milania Giudice.

Amid Teresa’s health scare, her eldest daughter Gia showed some support. Gia posted via Instagram Story a selfie of her mom wearing a blue medical face mask while lying in a hospital bed. Over the snapshot, Gia wrote, “Such a trooper, I love you.” She then asked her followers for their prayers as saying, “Pray for a speedy recovery. I love you @teresagiudice.”

Also asking for prayers was Teresa’s ex-husband, Joe Giudice. Along with the same photo on his Instagram account, the entrepreneur wrote, “Please pray for Teresa as she’s been admitted to the hospital,” adding a broken heart and folded hands emoji.

Government confirms if NHS prescriptions charges will increase this week