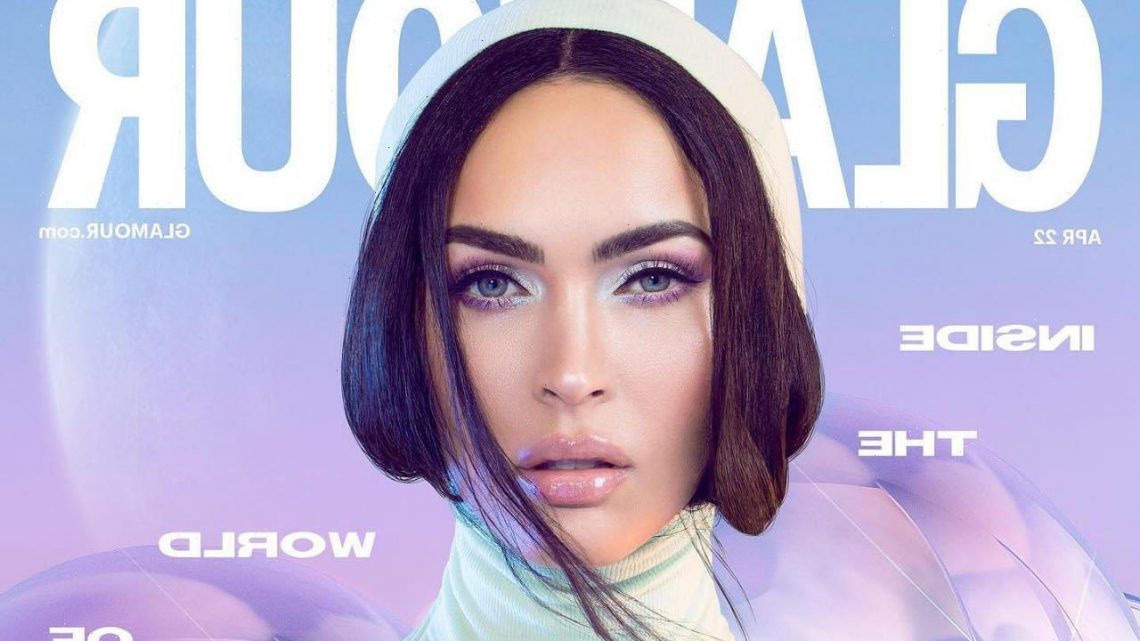 The ‘Transformers’ actress can’t hold back her tears when talking about her struggle to protect her 9-year-old son, who ‘started wearing dresses’ when he was two years old, from judgment and discrimination.

AceShowbiz –Megan Fox wants her children to express themselves in any way they choose. In a new interview, the “Transformers” actress tearfully shares how she supports her son Noah Shannon after he decided to wear dresses.

In a wide-ranging interview with Glamour U.K. for its April cover story, the 35-year-old actress unveiled how she encourages her children, 5-year-old Journey River, 8-year-old Bodhi Ransom and 9-year-old Noah, to be confident in who they are. “Noah started wearing dresses when he was about two, and I bought a bunch of books that sort of addressed these things and addressed a full spectrum of what this is,” she said of how she taught her kids about gender identity.

Megan then got teary-eyed while explaining that wearing a dress may have nothing to do with sexuality and can simply be a form of expression. “I’ve incorporated those things into their daily lives so that nobody feels like they are weird or strange or different,” she explained.

Megan also shared that she’s concerned about how people would react to her son wearing dresses and expressing himself. As a result, she kept from posting her children on social media to avoid trolls and backlash.

Elsewhere during the emotional interview, Megan praised her son. “I’m so proud of my kids. Noah is an unbelievable pianist. He can learn Mozart’s concerto in an hour,” gushed the 35-year-old actress. “I want people to see that, but I also don’t want the world to have access to this gentle soul and say all the things that we all know they’re going to say.”

Megan explained that she’s keeping her kids away from the Internet to limit any influence social media may have on how they view the world and added that they attend a school where “other parents are similar in their beliefs.” The actress, who got engaged to Machine Gun Kelly in January, elaborated, “So far, we’ve done a really good job and we maintain their innocence in a lot of ways, but I know I can’t protect them forever, though I do have a child that suffers.”

“So I have a lot of worries about that, because I just wish that humanity was not like this,” Megan went on saying. “Although my kid is so brave and my child is so brave and I know that they’ve chosen this journey for a reason,” she stated, before pointing out, “It’s just hard as a mom.”