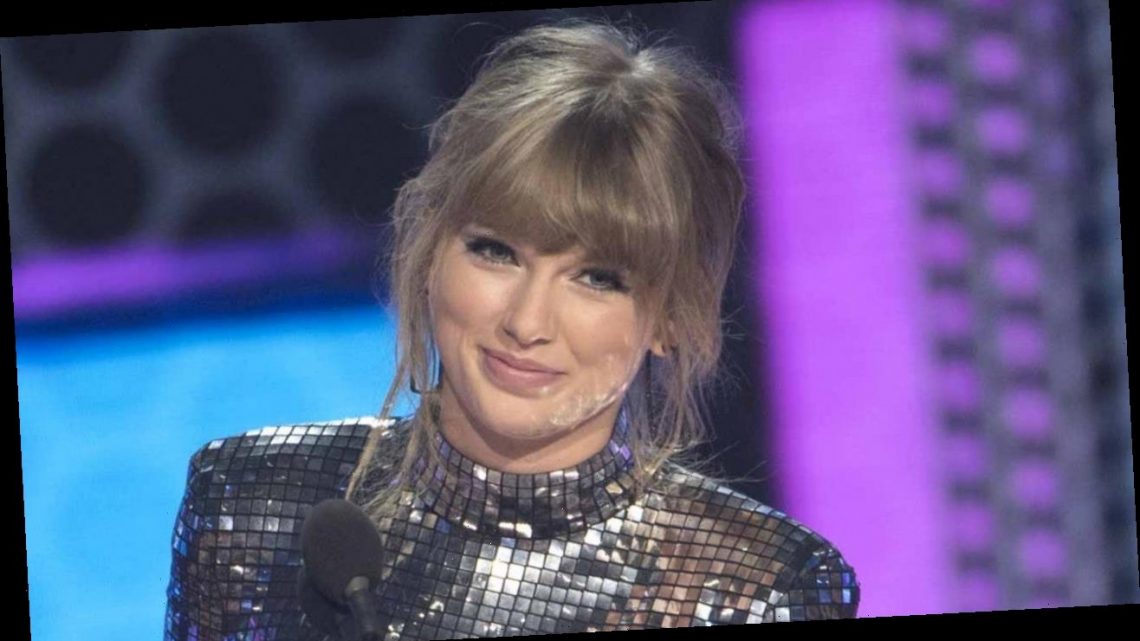 Taylor Swift is celebrating a fan’s sweet project. On Friday’s episode of The Kelly Clarkson Show, Emerson Weber, an 11-year-old girl from South Dakota, appears with her dad, Hugh Weber, and reveals that she received a letter from Taylor herself.

The whole thing started back in May, when Hugh’s Twitter thread about Emerson went viral. In the thread, Hugh revealed that his daughter has “a serious letter writing habit,” one she keeps up with “over a dozen” people.

When Emerson sends letters, her proud dad wrote, she decorates both the note itself and the envelope, and includes personal details and jokes, asks questions, and discusses her love for Taylor Swift.

With all of her letter-writing, Emerson decided to write one to her mail carrier to express her thanks for getting her notes out to their recipients. He shared the letter with his supervisor, and soon postal workers from all over the country were writing to Emerson.

A letter from Emerson is likely to include some art, a joke or two, a mention of her younger brother, confessions of her love for Taylor Swift and enough questions to guarantee a response.

Taylor caught wind of Emerson’s sweet gesture and paid it back in kindness, a fact Emerson calls “crazy.”

“I got a letter from Taylor Swift. It was so personal and she handwrote it. She decorated the envelope with this [painting]. She spent so much time and put so much of her heart, just like I like to do, in her letter to me,” Emerson gushes. “It’s amazing and I absolutely love the letter.”

Emerson’s love of the “Willow” singer, she says, is one that’s shared by postal workers across the country.

“I’ve really learned that when you share a piece of your heart with somebody they’ll share it back. I like to put a lot of my heart in my letters. I ask questions, they’ll ask you a question,” she says. “One funny thing we’ve learned is that, in the postal service, there are a lot of undercover Swifties.”

“It’s kind of hilarious,” her dad agrees. “There are a lot of 60-year-old postmasters in states like Idaho and North Dakota that love their Taylor Swift, but wanted it to be a secret.”

Watch the video below to see another creative way Taylor showed her love.