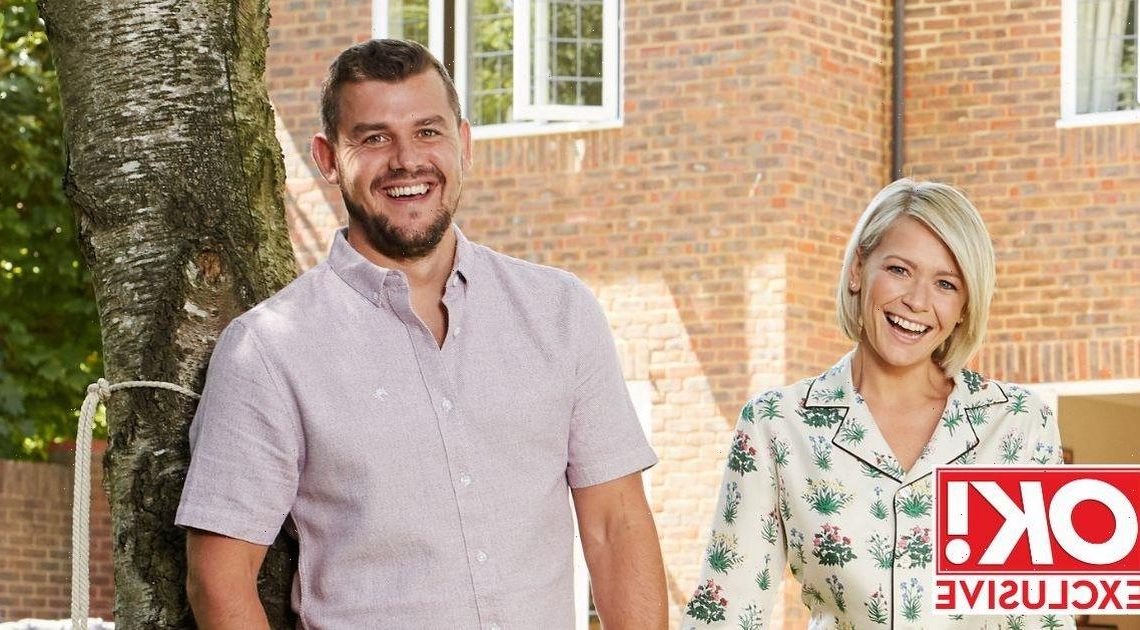 Pop star Suzanne Shaw hasn’t exactly had an easy run of it when it comes to dating. Back in the early 2000s she fell for musical star Darren Day, but the couple ended things soon after welcoming their son Corey, now 17, back in 2005.

She then met and fell for TV presenter Jason King that same year, the pair got married in 2009 but sadly parted ways three years later.

But now Suzanne, 40, has finally found her happily ever after with businessman Sam Greenfield. The couple met shortly after her divorce, and in June 2014 they got engaged just before welcoming another baby boy, Raffety, now six.

And now Suzanne is set for another exciting chapter in her life as she gets set to wed Sam in a star studded wedding next year.

"We have this running joke that we have the longest engagement in history. We're like JLo and Ben Affleck – a kind of on and off engagement – although ours has been on the entire time," she told OK! during an exclusive chat about TRIBE's Run for Love event. "We've been engaged for years and we haven't tied the knot."

Suzanne explained that she and Sam were originally planning to have an intimate ceremony this September, but with Covid-19 and work-commitments in the way, they decided to postpone.

Instead, they've chosen to have the wedding in the summer of next year in either their home in Buckinghamshire or one of Sam's favourite places: France.

"So I think next year we will be looking at getting married. We've talked about it in depth, we're thinking about where we want to be, where we want to do it. I think we're actually going to get this done,” she continued. “We were going to do it in September but too much has come in work-wise. So I think it's going to be May or June next year."

So why hasn’t it taken so long for the couple to get hitched? "Both me and Sam are really terrible decision makers and it always ends up that it lands on me to make a decision and I keep saying, 'You need to step up, you need to take half of this decision away,'" she said.

Suzanne continued: "I just know that he prefers not to make the decisions so he doesn't get the blame if it goes wrong. I'm just like, I'll just have to do it and we'll just get married.”

When we asked her about the dream wedding venue, Suzanne explained that visiting France as a family has had a massive influence over their decision. She said: "I think we have a fondness for France, we're going to France on Saturday [just gone], so we'll be talking about it there and driving around the local areas. I think we'd like to do it in a nice little chateau somewhere. Keep it really simple, have a bit more guaranteed weather.

"Sam loves Europe and he particularly loves France. I think that would be really nice for him to have that. It was a toss up between staying in Buckinghamshire where we live, where we've built our lives together over the last 10 years, or going to France. We're going to be doing a lot of looking around this week when we go to France."

Now that she's said it out loud, Suzanne is hoping it will keep her "accountable" to finally tie the knot, as she told us: "I've said it out loud, out in print, there's no going back." As for her children's thoughts on their inevitable wedding, she added: "Our little boys, they're so desperate for us to get it done."

Pop stars in the news

While it seems there's no sign of Hear'Say reuniting any time soon, Suzanne said they'll definitely be invited to the wedding. She shared: "I'm sure they'll [Hear'Say] will have an invite. Whether they'll be able to come I don't know.

"I was invited to Kim's wedding and I was running a marathon in Amsterdam so I couldn't make it. But yeah, it would be nice to have them there. But, who knows, who knows."

TRIBE Freedom Foundation's Run for Love event is a 260km multi-day ultramarathon that raised over £150,000 to tackle modern slavery.

For all your updates on Suzanne Shaw, sign up to our daily OK! newsletter.

Hell's Half Acre review: Where did The Bloody Benders go?