Susanna Reid, 48, took the opportunity to make a risqué joke during her appearance on Celebrity Juice last night while playing a game based on discovering secret skills. The Good Morning Britain host left mischievous presenter Keith Lemon, 46, reeling when she didn’t hold back from answering a particularly rude question from a viewer. Keith shared the fan’s racy comment with Susanna and her fellow panelists, Mel B, 43, Holly Willoughby, 38, and Stacey Solomon, 29, informing the stars: “We’ve got a call, it’s Stuart from Dublin. “Stuart wants to know have you ever l***ed each other out and kissed on the lips.”

Holly, Stacey and Mel appeared visibly disgusted by the viewer, as the This Morning favourite grimaced and exclaimed: “Oh my god!”

“Get a life Stuart.”

However, Susanna opted to make light of the explicit question as she remarked in reference to the ITV2 show’s challenge: “That’s my secret skill.”

Keith appeared to be stunned by the journalist’s response as he replied: “Oh is it?”, while her co-stars burst into fits of giggles. 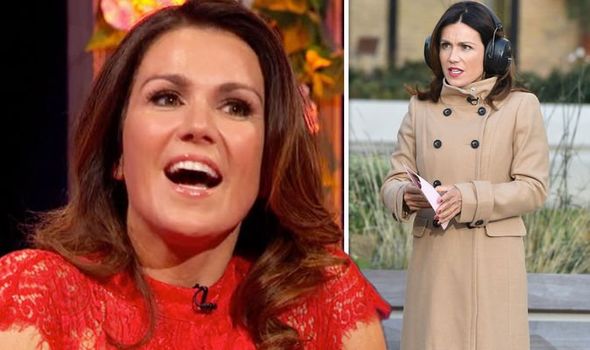 Elsewhere, Piers Morgan, 54, couldn’t resist teasing his co-host about her bedroom antics in a recent instalment of Good Morning Britain.

The saucy conversation was initiated by the outspoken presenter as he complimented Susanna on her “perky” attitude.

In an attempt to get to the bottom of why the star was in such a good mood, Piers told Susanna: “You are very perky.

“That’s the happy face you give me when you’ve had no sleep.”

A seductive hit by Barry White was then played aloud in the studio to enhance the awkwardness of the conversation, causing Susanna to laugh hysterically. 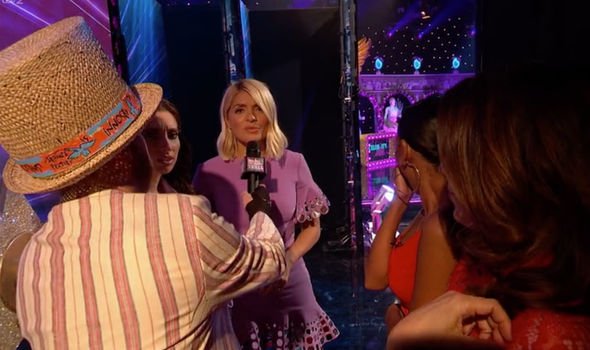 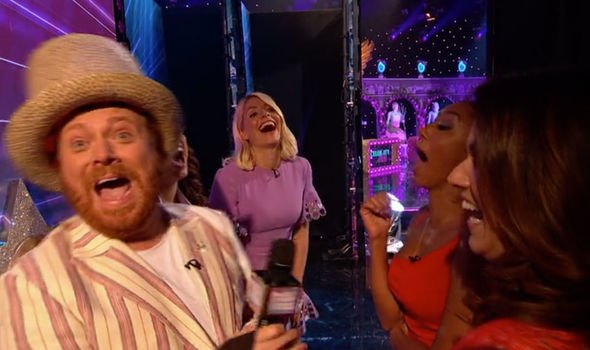 Piers turned to the camera as he quipped: “So, the mystery continues.”

Explaining her reaction, Susanna informed Piers: “The reason I am laughing at that is because I literally went to bed at 7.30 last night.”

In spite of Susanna’s protestations, the Piers Morgan’s Life Stories star continued to make jokes at her expense, responding: “I’m not denying that at all,

“I don’t doubt the fact that you spent hours in bed is up for question. It’s what you were doing there.”

Susanna was able to end the exchange as she insisted: “Just me, on my own, in my bed.”

Good Morning Britain airs weekdays from 6am on ITV.