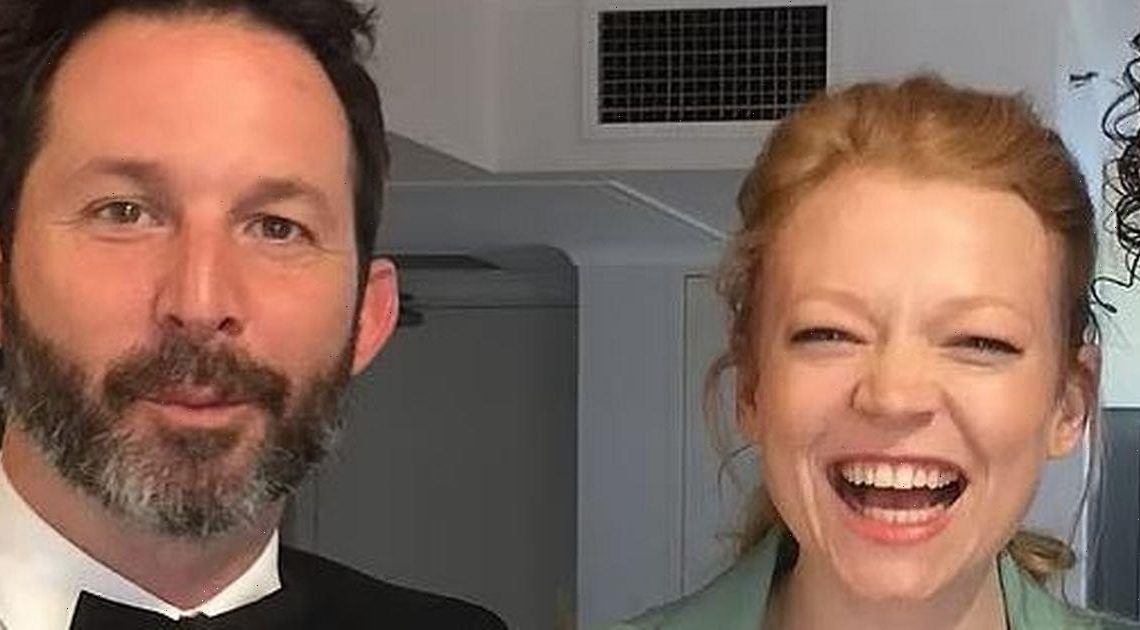 Succession star Sarah Snook has revealed that she proposed to her "best friend" after falling in love during lockdown and realising they were "inseparable".

The Australian actress, who plays Shiv Roy on the hit HBO series Succession, delighted fans as she married actor Dave Lawson in the backyard of her Brooklyn, New York home in February.

And during her appearance on Monday's instalment of This Morning, the 33 year old opened up about popping the question in the midst of lockdown.

Phillip Schofield began the topic of her relationship, stating: "You were in lockdown with your best friend and had been best friends for a long time… who you are now married to." "I am indeed!" Sarah said as she added: "Both of us cringe to the 'oh I'm so happy I married my best friend', and we're like 'oh are we those people?'

"But it works so well. We're both blindsided by it all and fell in love, and then it was the only other option, and we couldn't be apart!" Sarah gushed.

Phil asked whether she was the one who proposed, to which she replied: "I did propose."

Phil humoured: "You just thought, that's it, I'm not going to wait anymore?" Speaking previously about her whirlwind romance, Sarah recently told Vogue: "At the beginning of the pandemic last year, I got locked down in Melbourne with one of my best mates, and we fell in love."

"We've been friends since 2014, lived together, travelled together, always excited to see each other, but totally platonic." Sarah told the publication that the stars finally aligned for them.

"We've just never been single at the same time. It's been a ride. There's so much heartache and sadness in the world, but on a micro personal level, I've been very fortunate," she said.

Lululemon Black Friday sale 2021: What To Expect | The Sun UK