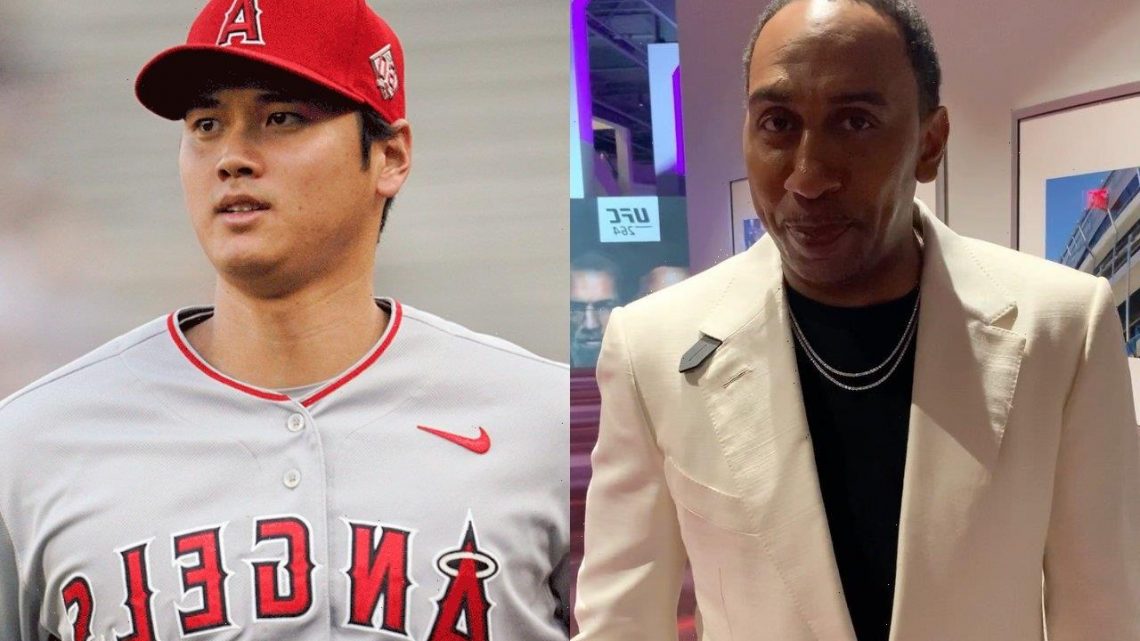 The ESPN commentator is under fire after he criticizes the Japanese-born player’s emergence as MLB’s top star, saying that it isn’t necessarily a good thing because the athlete needs an interpreter.

AceShowbiz -ESPN’s commentator Stephen A. Smith has issued an apology after sparking backlash over his controversial remarks about baseball player Shohei Ohtani in the Monday, July 12 episode of “First Take”. In a post on his social media accounts, Smith showed remorse over his xenophobic rants.

“Let me apologize right now,” he began his statement. “As I’m watching things unfold, let me say that I never intended to offend ANY COMMUNITY, particularly the Asian community – and especially SHOHEI Ohtani, himself.”

“As an African-American, keenly aware of the damage stereotyping has done to many in this country, it should’ve elevated my sensitivities even more. Based on my words, I failed in that regard and it’s on me, and me alone! Ohtani is one of the brightest stars in all of sports. He is making a difference, as it pertains to inclusiveness and leadership. I should have embraced that in my comments,” he added.

Smith continued, “Instead, I screwed up. In this day and age, with all the violence being perpetrated against the Asian Community, my comments – albeit unintentional – were clearly insensitive and regrettable. There’s simply no other way to put it. I’m sincerely sorry for any angst I’ve caused with my comments on ‘First Take’ this morning. Again, I am sorry. And I’ll happily reiterate these words more extensively tomorrow morning, as well.”

Prior to this, Smith also shared videos of him explaining his earlier comments. “If you are a sport trying to ingratiate yourself with the American public the way Major League Baseball is because of the problems that you’ve been having to deal with in terms of proving the attractiveness of the sport, it helps if you spoke the English language. It doesn’t mean anything more than that,” he explained.

“We know that it is an international sport. We know that that’s great and baseball having the global appeal that it is, fine. But in the United States, all I was saying is that when you’re a superstar, if you can speak the English language then guess what, that’s gonna make it that much easier and less challenging to promote the sport. That’s all I was saying about anybody,” he added.

Smith was under fire after he criticized Ohtani’s emergence as MLB’s top star, saying that it wasn’t necessarily a good thing because the athlete needs an interpreter. The commentator alluded that it affected badly to baseball’s marketability in the United States.

“But the fact that you got a foreign player that doesn’t speak English, that needs an interpreter … believe it or not, I think contributes to harming the game in some degree when that’s your box office appeal. It needs to be somebody like Bryce Harper, Mike Trout, those guys. And unfortunately, at this moment in time, that’s not the case,” he said of Ohtani, a Japanese-born Los Angeles Angels superstar.

Cedric the Entertainer will host the 2021 Emmys