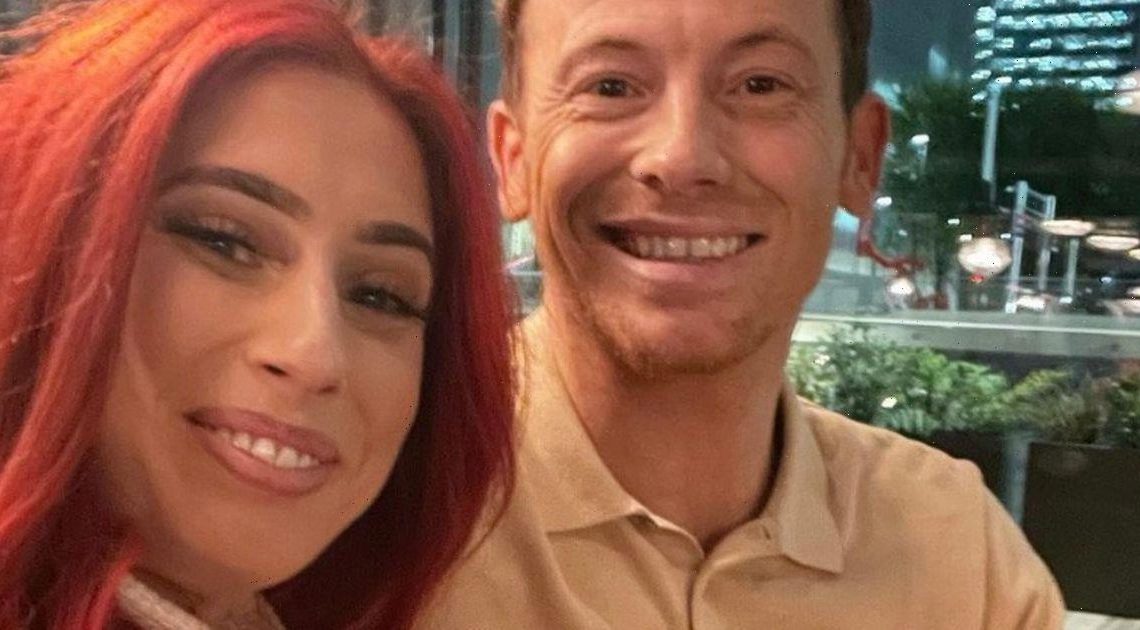 Stacey Solomon has admitted her nerves as she revealed a glimpse at her wedding aisle to Joe Swash, which will be taking place in three months.

The Loose Women star, 32, took to Instagram to update her followers on her wedding preparations and gave fans a preview of the stunning aisle she’ll be walking down when she says "I do" to Joe, 40.

Posting a few videos of the walkway in her garden at Pickle Cottage, which shows a row of wooden arches that are intertwined with branches and flowers, on her Instagram page Stacey gave fans an idea of how the day will look.

But, the star also confessed she had some pre-wedding nerves as she got closer to the big day and was still finalising some of the details of the ceremony.

Captioning one of the videos, Stacey wrote: “This morning I had to meet with the caterers, florists & everyone in between because I almost forgot we are getting married in three months time.

“We are on the last part now. The aisle. And my sister just put a load of candles in my kitchen jars at the bottom where we are going to stand and I am crying.

“My whole stomach is turning over. And for some reason I’m so nervous.”

Revealing that she had a “dilemma”, she asked her fans for advice on the aisle, wondering whether it was too long to walk down or whether she would burst out laughing on the long walk.

She asked: “Should we just get married half way down the aisle? Because it’s such a long walk.

“Is it too long? I’m scared to walk that far in front of everyone. I think I’ll just end up falling over or laughing at how long it’s taking me to get down the isle. But I love the end of the arches. Help!”

Stacey added: “It’s quite a long walk. It’s quite a way to go! I don’t know if I trust myself!”

Joe, 40, popped the question to Stacey on Christmas Eve in 2020 after dating for five years.

She is also stepmother to Joe's son Harry, 14, from his engagement to Emma Sophocleous.

It comes after the star hinted at a reality show with her fiancé Joe at their family home, affectionately dubbed Pickle Cottage.

Taking to Twitter, she retweeted a comment from a follower who suggested the couple should have their own series to document their day-to-day lives.

It read: “I just want TV commissioners to know that I WOULD watch an hour length documentary every night about Stacey Solomon & Joe Swash’s life at Pickle Cottage.

“Even if – no, especially if – it featured what Stacey cleaned or upcycled that day.”

“I love Stacey so much, that anything she does is fabulous. She’s tv gold,” one said.

Another wrote: “Me too, love them, think they're both lovely, funny, genuine people."

For the latest updates on your favourite celebs, sign up to OK!'s daily celebrity newsletter.