Spice Girls reunion tour: Geri Horner pays homage to THAT Union Jack dress as the band takes to the stage for their first performance in Dublin… but furious fans RAGE about sound problems

The Spice Girls have kicked off their long-awaited reunion tour, as the iconic band took to the stage for their first performance in Dublin on Friday.

Emma Bunton, 43, Geri Horner, 46, Mel Brown, 43, and Mel C, 45, delighted the crowd of around 58,000 fans with a medley of their greatest hits, and Ginger Spice even paid homage to her iconic Union Jack dress with a red and blue Renaissance-style gown.

It came amid speculation around whether Victoria Beckham would be attending the epic concert after she wished the band well with a social media post earlier in the day. 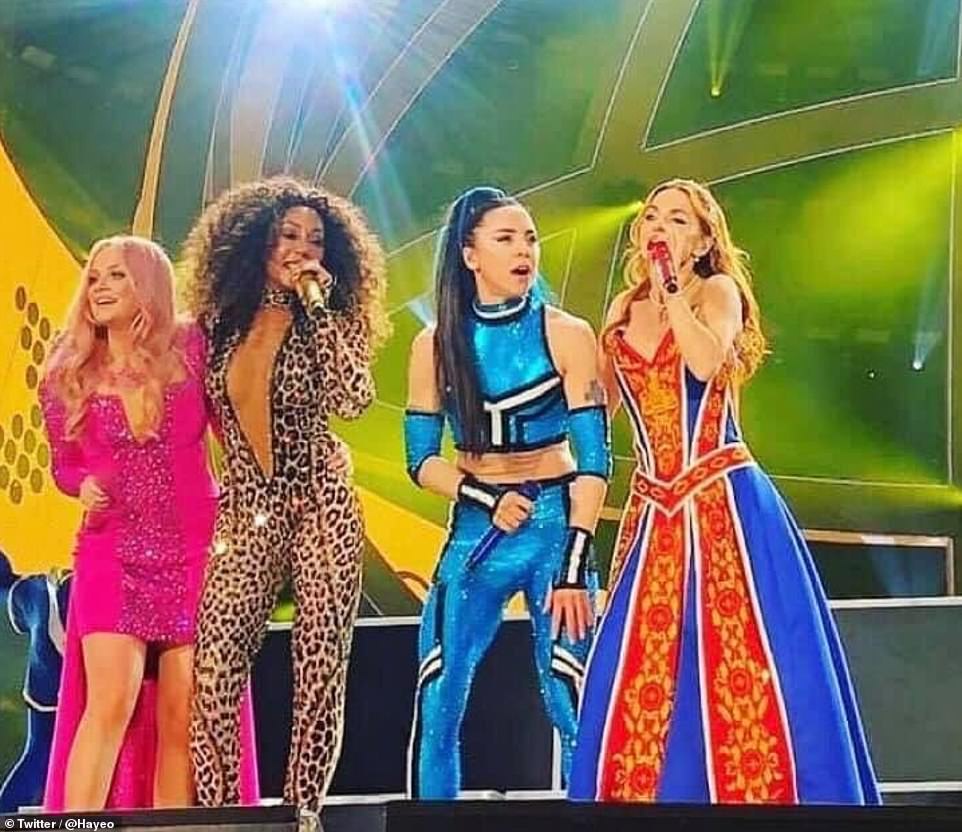 Sensational: The Spice Girls have kicked off their long-awaited reunion tour, as the iconic band took to the stage for their first performance in Dublin on Friday

As the band took to the stage for their long-awaited show, Geri threw it back to her famous 1997 minidress that she wore to the BRIT Awards, and has since become a historical moment in pop culture.

The songstress had previously refused to wear the original dress to the tour, as it was claimed she had opted for something more age appropriate, according to The Sun.

Instead Geri oozed regal glamour as she took to the stage in the red and blue inspired dress, before later changing into a Frozen-esque pale blue gown with a matching cape. 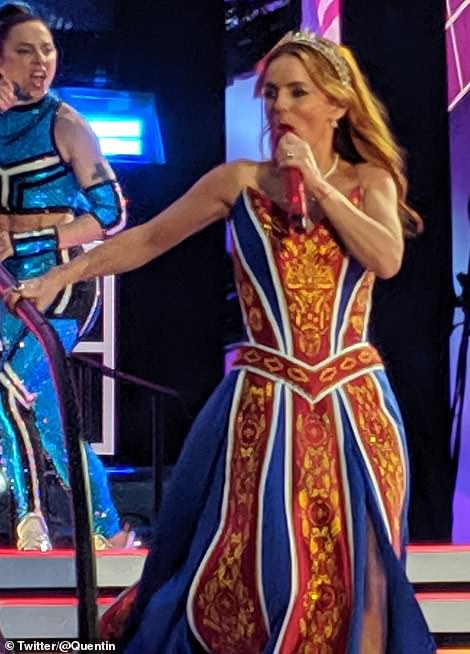 New look: The songstress opted for a Renissance-style gown for the performance, after refusing to wear her famous Union Jack mini dress for the tour (right in 1997)

Cannes Film Review: ‘It Must Be Heaven’