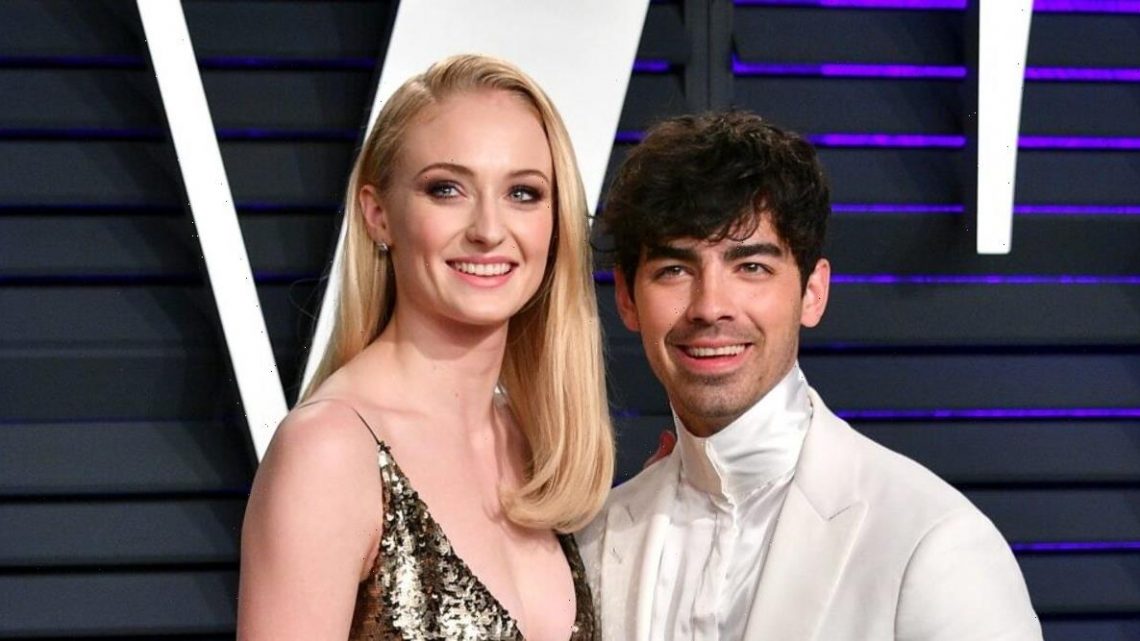 It's Sophie Turner and Joe Jonas's wedding anniversary and to celebrate the big day, both stars shared new photos from their wedding. No, not the Las Vegas to-do that had fans scratching their heads, but the lavish French ceremony that's been shrouded in secrecy — until now.

Turner's post featured five images, including a look at two white dresses, a bridal party that's all smiles, and what appears to be a postcard-ready pool party straight out of a Slim Aarons retrospective (if the famed photog shot in the French countryside, that is). The post also showed a full image of the Jonas's elaborate wedding cake, which included gilt cherubs and Marie Antoinette-level tonal details.

"I mean… fuck it, it's been 2 years," Turner captioned her gallery. Jonas's posts — yes, he included two for the occasion — showed more revelry, including a Jonas Brothers performance, the bros smoking cigars together, and more looks at Turner's gowns.

"2 Years Of Party Times," he captioned the second post, which showed plenty of outfit changes for the groom, as well. In a few images, he's wearing a pinstripe suit and in others, he has an all-black outfit on.

In another post, he's showing off a dance that includes dipping his wife.

"The best two years of my life. Love you @sophiet," he wrote.

Back in May 2019, Jonas and Turner got married by an Elvis impersonator after the Billboard Music Awards. The French wedding, which went down Château de Tourreau in Sarrians, had multiple days of activities, which fans hadn't ever seen before. Turner and Jonas first started dating in 2016. He proposed a year later.

"Joe and Sophie were married today in front of family and friends," a source told Entertainment Tonight. "The couple enjoyed a nice week having fun at numerous events celebrating their union. Today was everything they wanted."

How MTV stopped playing music — and lost its relevance

Serena Williams withdraws from Wimbledon due to injury
Entertainment