Home » Celebrities » Sir Ian McKellen: 'I wish I was told it was important to care about being gay' 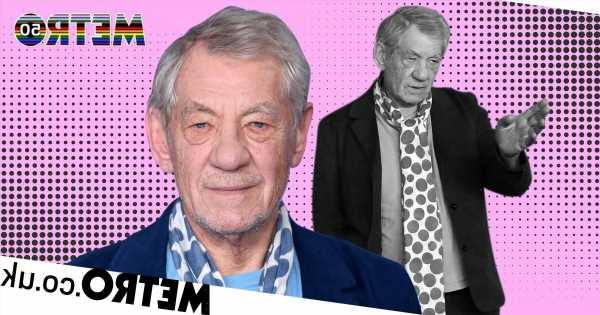 Sir Ian McKellen: 'I wish I was told it was important to care about being gay' 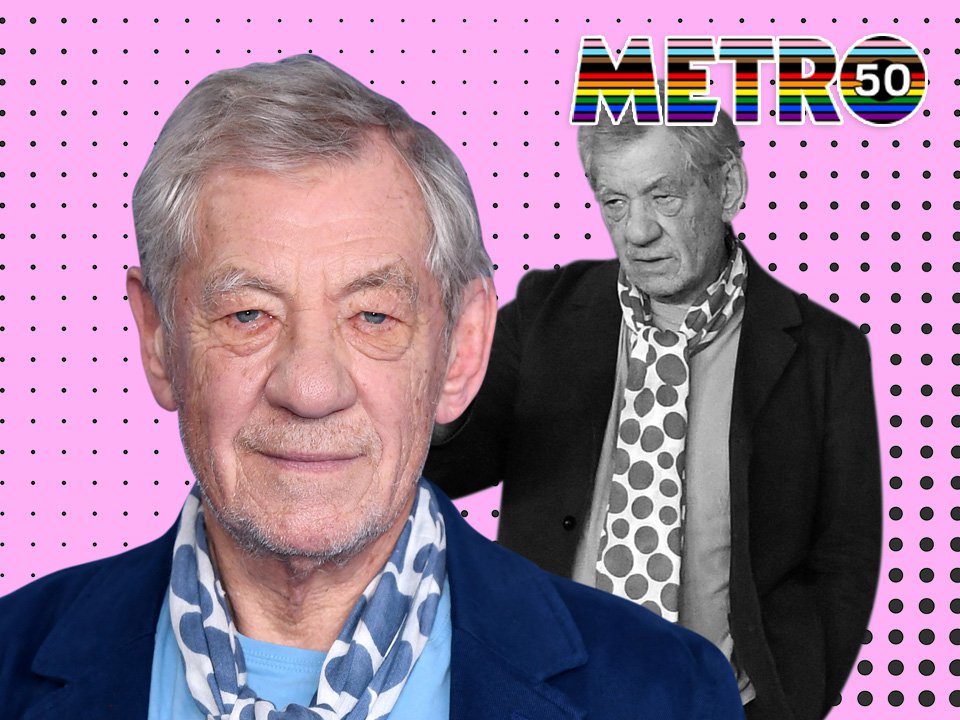 Welcome to Metro.co.uk’s The Big Questions, where we ask, well, the big questions (and the smaller ones too) and this week, we’re celebrating 50 years of Pride and jumping straight in with Sir Ian McKellen.

Sir Ian, 83, hardly needs an introduction, with a career spanning seven decades playing some of the most recognisable characters on screen and stage in living memory, from Gandalf and Magneto, to Macbeth and Sherlock Holmes.

But away from the limelight, Sir Ian has been blazing trails for the LGBTQ+ community as a loud and prominent activist since publicly coming out as gay in 1988 – though, his peers were generally aware of his sexuality much sooner.

Outside of his life in showbusiness, Sir Ian relentlessly campaigned against Section 28, which prohibited the promotion of homosexuality in local authorities, including schools, introduced by Margaret Thatcher’s Conservative government in 1988 from to 2000 in England, Scotland and Wales.

Its toxic impact was felt immeasurably by LGBTQ+ people young and old, and still is today.

He is a co-founder of Stonewall, one of the leading LGBTQ+ rights lobby groups in the United Kingdom, and has marched in countless Prides across the world.

He has without a doubt been an integral force for change for the LGBTQ+ community, past, present and future.

So, who better than to answer the special edition of The Big Questions, celebrating 50 years of Pride.

How did you first get involved in Pride?

Well, it was section 28, and I was I was one of the minute people who were trying to stop that being passed, unsuccessfully, and that got me involved in setting up Stonewall and working for them – mainly raising money and awareness of one sort or another.

And so that year, I went with some a group of friends to Pride.

We’d always known about Pride but thought it wasn’t anything to do with us, really but when you come out without doing anything more you immediately make connections with people who have been fighting for gay rights for years, and the people on there on the Pride marches.

Was Pride the first time you experienced that sense of community among LGBTQ+ people?

Well as as a gay person in the late 80s in London, there were places you could go to certainly meet other gay people, there was The Swan and clubs which I didn’t go to, but to see a parade or a march…

When I was a kid in Lancashire there were two marches every year. And it would go on and on, but I knew about them.

On the Saturday, the Protestants used to walk before the walk, balance. Girls and boys in their best outfits, smiling, happy, probably singing a few hymns, saying, “We are here we are Protestant, we’re here.”

And on Monday, three days later, the Catholics walked doing exactly the same, “We’re here.” People like me used to watch them go by and say, “Well, good on you, you exist and must be nice to feel you belong.”

And that’s what it was like for me with Pride, I was just looking around and everyone was different, different ages, different colours, people belonging to these different organisations. Even if you joined the march, it was very easy to do it by yourself, you would probably find the group that you’re in – the teachers, the Labour Party, whatever it was. Immediately you will be making friends and feeling better about yourself.

I think for most people, it was confirmation that what seemed like a personal problem you’ve been landed with by fate, was actually something that you could share with people who you would otherwise not meet.

How have you seen Pride evolve since then?

The first Pride I went on it was very much about what was in the news and there were laws that simply had to be changed. The failure to stop section 28 meant that we were still fighting against it when it became law, then there were things like the ban on gay men in the military, legal discrimination, you could be sacked from a job for being gay.

To begin with during that first Pride, there were very few people watching, no barriers put up, just people shopping in Oxford Street wondering, ‘what that’s about?’ But now, there are more people watching than are on the march and that’s wonderful because they’ve simply come to watch it! The love you feel as you’re walking along from people just waving.

So often now families bring little kids who probably don’t know what’s going on at all, but they’ve been brought up with the right way to respect it.

When I was growing up it was still such a taboo and I didn’t know what gay was until I was a teenager.

Exactly, and people argue if Pride should be political or a celebration or a party.

How do you feel?

It’s all three! We were rather snooty in my early days of the people who didn’t take it seriously, that just came for a good time when actually maybe they came from all over the country and outside of the country.

I thought, “Well, I don’t think you’ve really earned the right to have a party.”

But each to his, her or their own. If there’s a current issue, a piece of legislation about to happen – pro or con – for Pride to have a concerted attitude to that is helpful.

At its crudest, Pride is walking past Downing Street and blowing whistles at Mrs. Thatcher. It doesn’t get you very far but it makes you feel a little better.

Politics is about making connections and friends and Pride is the gay day and if that leads to a party, terrific.

How do you feel about the commercialisation of Pride?

The first Pride I went on it was very much about what was in the news and there were laws that simply had to be changed. The failure to stop section 28 meant that we were still fighting against it when it became law, then there were things like the ban on gay men in the military, legal discrimination, you could be sacked from a job for being gay.

It was a bit of a shock when suddenly there was buses going by from commercial firms, which seemed to be advertising themselves, perhaps wanting to make a people feel better about their particular product. That’s one way of looking at it, but another way of looking at it is that those are the people on that bus are employees of that firm, and they’re probably gay employees.

It was probably their initiative that got their bosses to cough up the money to pay for the bus and their place in the march. So it isn’t like pride has been commercialised, it’s just that commerce is a big part of our society and is waking up to its responsibilities.

How will you celebrate Pride this year?

I think one year perhaps I’ll just stand on the side and just watch it because it must be wonderful to see, but I’m abroad this year, sadly.

What would you tell your younger self as a gay man with the wisdom you have today?

I wasn’t unhappy as a young gay man, even though I was as closeted as all my friends, but I did have friends, gay friends.

I lived openly with my partners; I wasn’t anywhere near as repressed as others, but I think I would have liked to have been told that it was important to me and important to others that I should care more about being gay.

It’s bewildering to me why I wasn’t on those early marches. I went to nuclear marches, but I wasn’t involved with Pride.

What is your favourite Pride memory?

I think my general impression of Pride is that people behave differently in the streets – they just hug each other and kiss each other and wear some extraordinary clothes. That differentiates our march with other marches.

What else makes Pride different to other marches?

One thing we can say about Pride and the LGBTQ+ rights movement in the country, and it was true of others, we achieved political and legal changes pretty rapidly over about 20 years without a brick being thrown, a bomb set off, no violence.

That wasn’t true at the central church. Violence has been inflicted on to gay people institutionally and by crazy individuals, but we turned the other cheek and I think we can be really proud of that.

Pride is an eminently peaceful demonstration, the nearest it gets to violence is someone blowing a whistle.

What excites you about the direction the LGBTQ+ community is taking and its future?

You tell me, what do you think?

I feel we’re getting more galvanised, and I can speak to my niece and nephew and my godson, who are so small, about being gay in a way I never imagined in my lifetime now

Yes, that’s wonderful. Schools are terribly important, it’s where so much starts.

We should probably all be much more engaged in education, whether we have kids or not.

Schools can help in a way that parents can’t, because parents aren’t just seeing the family unit, but we as concerned citizens, for the next generation we have to say, “well, parents, there are some things that we as a society need to tell your children about.”

Of course, that was dreadfully impeded by Section 28, and that’s what was so dreadful about it.

I don’t suppose it’s true of all schools but there is many, particularly in the in the public sector, there’s an absolute determination from head teachers and their staff, many parents, the governors that no child should be impeded by sexuality and all that thoughts about their sexuality or the sexuality of their parents.

Schools have a very big job to play in educating the children.

To celebrate 50 years of Pride, Metro.co.uk has teamed up with Kyiv Pride to raise money for their important work in Ukraine.

Despite war raging around them, Kyiv Pride continue to help LGBTQ+ people, offering those in need shelter, food and psychological support.

We will be splitting the cash with a grassroots charity closer to home.

You can donate here

This year marks 50 years of Pride, so it seems only fitting that Metro.co.uk goes above and beyond in our ongoing LGBTQ+ support, through a wealth of content that not only celebrates all things Pride, but also share stories, take time to reflect and raises awareness for the community this Pride Month.

And we’ve got some great names on board to help us, too. From a list of famous guest editors taking over the site for a week that includes Rob Rinder, Nicola Adams, Peter Tatchell, Kimberly Hart-Simpson, John Whaite, Anna Richardson and Dr Ranj, we’ll also have the likes Sir Ian McKellen and Drag Race stars The Vivienne, Lawrence Chaney and Tia Kofi offering their insights.

During Pride Month, which runs from 1 – 30 June, Metro.co.uk will also be supporting Kyiv Pride, a Ukrainian charity forced to work harder than ever to protect the rights of the LGBTQ+ community during times of conflict. To find out more about their work, and what you can do to support them, click here.

'I was innocent, naïve stupid…'