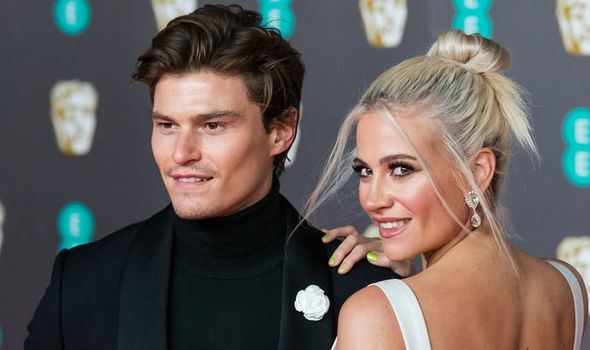 “Festival season is my favourite time of year. I’m really missing the sunshine and green space,” says the Mama Do singer, who’s wrapped up in a coat and slippers until the heaters are repaired.

“I want to inspire people to sing in the shower so I started sharing songs on Instagram from the bathroom.”

“The sound is pretty good in there and I’m helping charities which mean a lot to me.”

Pixie’s Shower Series is a haven for her fans, who have contacted the star in droves to give a big thumbs up to her song Daydreamer – a sneak peek of her new music, set to be released after lockdown is lifted.

“I made Daydreamer with a guy called Peter Zizzo who I’ve been writing with since I was 15.”

“I want to put songs out there that people can relate to in some way.”

“If someone tells me that a song has helped them, or that they feel the same way as I do, it’s just amazing,” she reveals.

“I’ve learnt through writing that the most relatable songs are about your own experiences.”

“We’re not alone and so many people go through the same things.”

“I try to write it as it is and be authentic and as real as possible for whoever is listening.” 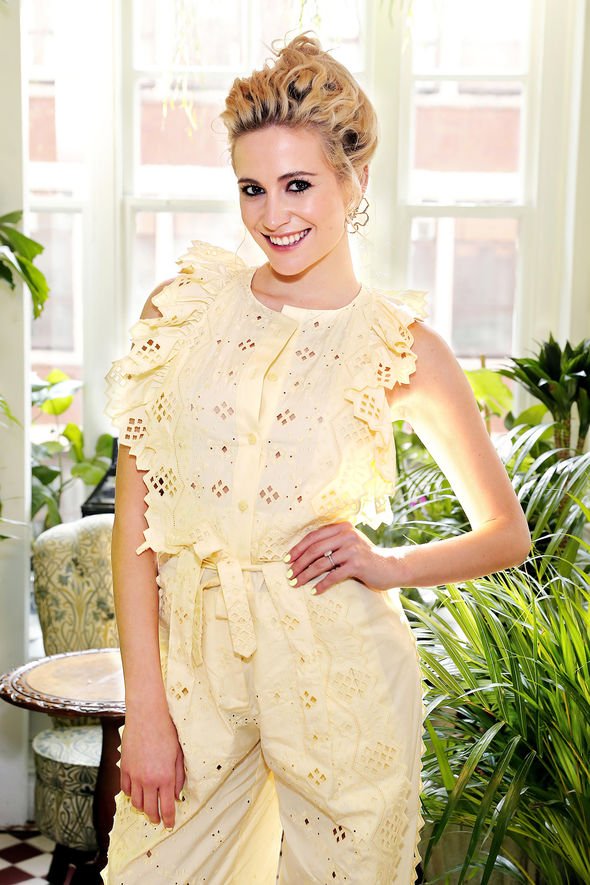 Since lockdown began in March, Pixie’s grand plans, like live shows, releasing new music and getting married to her fiancé and top model Oliver Cheshire, have been put on hold.

The pair pushed their big day back last year due to work commitments and with more spare time together at home, they’ve been finding inspiration and ideas for the wedding
venue, the decor and the dresses for Pixie’s impressive bevy of 18 bridesmaids.

“Five of them are flower girls, then there’s my sister – maid of honour – then 12 bridesmaids who are best friends, my cousins and Ollie’s sister and niece. It just adds up, you know?”

The famous couple have been dating for 10 years and in 2016 Oliver – who’s modelled for Calvin Klein, Vivienne Westwood and Dolce & Gabbana – popped the question on the steps of St Paul’s Cathedral in London.

He’s the most supportive partner, says Pixie, 29, travelling with her to gigs around the world and watching her perform as Holly Golightly in the West End production of Breakfast At Tiffany’s.

“Oh he saw it so many times he probably knew all the words,” laughs the singer, who’s scored three No.1 singles and two MTV Europe Music Awards.

“We work in the same world, just in different parts of it.”

“We know how it is. Some years we’ve had to be apart for a long time but we know how to work around it.”

“The 10 years we’ve spent together have flown by so fast and we’ve got some great memories together.” 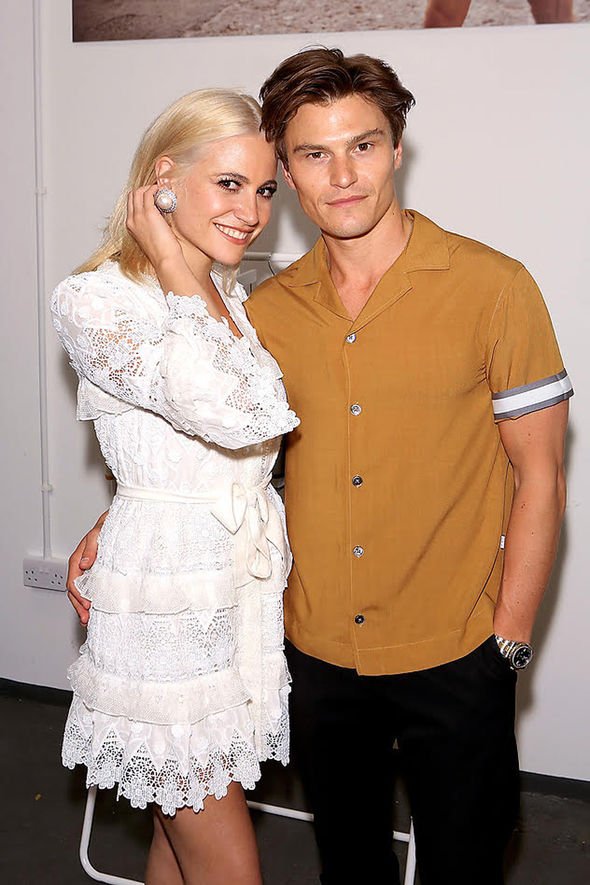 It’s what has got her through being away from her family, who live in Essex.

She’s tried to improve her skills in the kitchen, too, but cooking is not one of her greatest talents.

“I had a bit of an injury recently,” she confesses.

“All I did was microwave some soup and I burnt my hand really badly.”

“That was my go-to speciality dish but I can’t even do that any more. I really don’t think I’ve got much hope.”

What she can do, though, is build up pretty bracelets and gifts to keep her friends and family cheerful.

Pixie’s been playing with the new Lego Dots range, which gets kids and adults crafting wearable jewellery and home decor using different patterns, colours and shapes, and even mood tiles to show how you feel. 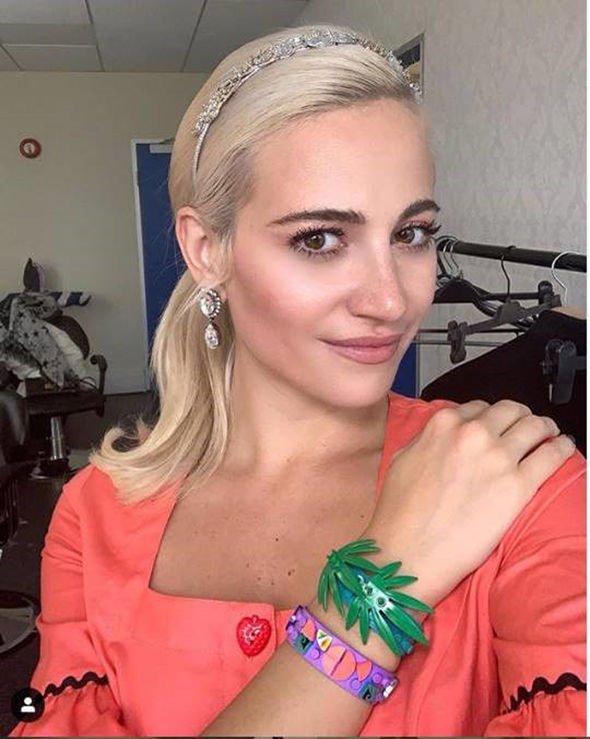 “I’ve always loved Lego but this is a really crafty way of working with it,” says Pixie, who’s been busy making friendship bracelets.

“Lego isn’t just for kids. Lots of people are starting to try new things and I’m so excited to make things for my friends.”

“Little tokens like this will bring a smile to people’s faces.”

Pixie, whose real name is Victoria, has been singing since she was a little girl, making up songs and dance routines.

(She was called Pixie by her parents as she was born prematurely.)

Back in 2017, she joined judges Will.i.am, Jessie J and Danny Jones to find the most talented child stars on The Voice Kids.

A winning mentor for two years running, Pixie has helped youngsters achieve their dreams and the show is set to return again later this year. 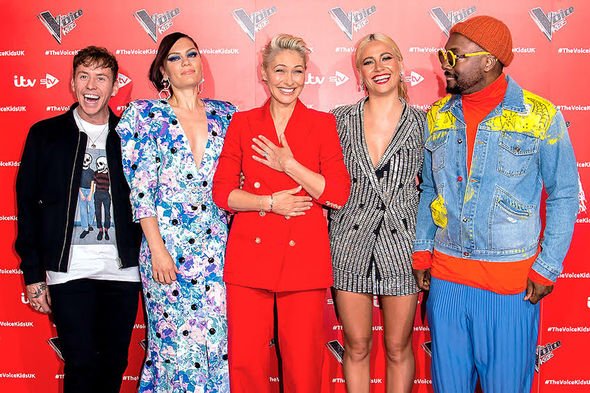 “It makes me so proud to see those kids smashing it,” she gushes.

“When I see them all auditioning it reminds me of my path into music.”

“I know exactly how it feels and what it’s like with all the nerves and excitement.”

“Kids are so fearless. They love singing and if they have any nerves I have to remind them that this is what they’re born to do.”

Pixie remembers meeting her singing idols and realising her dream from a very young age.

Crossing paths with Stevie Wonder and Mariah Carey were her “wow” moments, she says, but the best advice came from her favourite Spice Girl, Mel C.

“We’ve got the same birthday, January 12,” she exclaims.

“I would always dress up as Sporty Spice in the school playground because she got the ad-libs at the end of the songs.”

“We met at a show in Scotland and she told me to make sure I embrace every single second.”

“That’s always stuck with me because time really does fly when you’re having fun.”

LEGO DOTS gives you limitless ways to DOT your world, including making and creating bracelets and designing your own room decor. Available to buy from lego.com.

The best part of coronavirus lockdown? I finally met my neighbors

This Cyclist Wanted to Keep Up on Group Rides, So He Lost 200 Pounds
Entertainment