Home » Celebrities » Sheryl Underwood Feels Like She Has PTSD Following Contentious Convo With Sharon Osbourne: "It Was A Trauma" 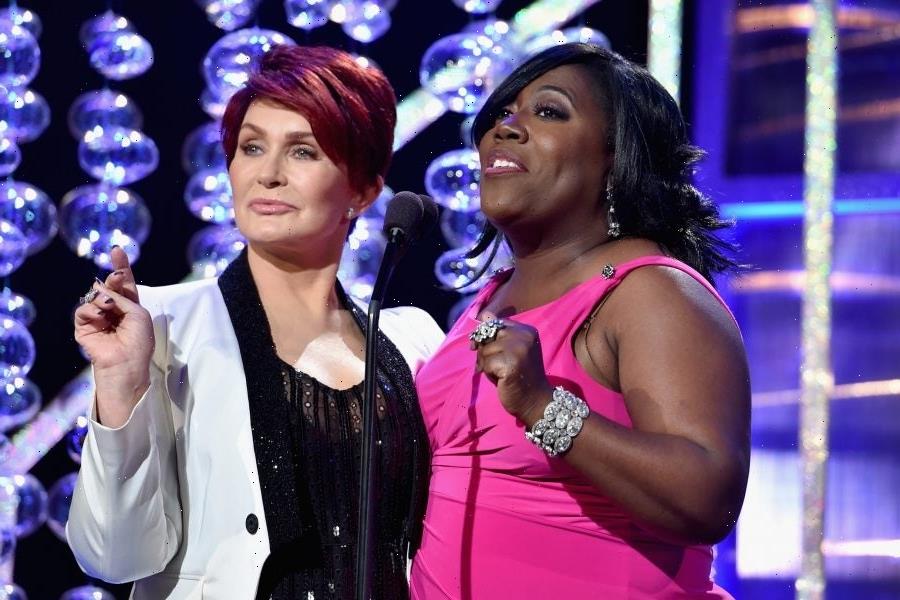 Sheryl Underwood Feels Like She Has PTSD Following Contentious Convo With Sharon Osbourne: "It Was A Trauma"

On Monday, April 12, the first episode of The Talk aired since the controversial circumstances surrounding the March 10th episode. If you’ll recall, co-hosts Sheryl Underwood and Sharon Osbourne bumped heads over the latter’s defense of problematic Piers Morgan, who said he didn’t believe anything Meghan Markle said during her interview with Oprah Winfrey. On Monday’s episode, Underwood spoke about her experience on that day and since the fallout from it. The consequences of it included an internal investigation done by CBS, the show being on hiatus for a month, and Osbourne’s exit from the series after more than a decade of work. This sensitive conversation was moderated by diversity and inclusion expert Dr. Donald Grant Jr., who asked Underwood how she felt in the moment when Osbourne demanded that she explain to her how Morgan was racist and told her not to cry while doing so.

“I didn’t want to escalate things with Sharon because I thought I was having a conversation with a friend. But also, I knew I had to be an example for others to follow because I didn’t want to be perceived as the angry Black woman,” she said. “That really scared me. I didn’t want to be that. I wanted to remain calm and remain focused. It’s difficult to go back to that day because I just feel the trauma. I feel fearful, a little apprehensive.”

Despite the mixed bag of feelings though, Underwood said in the aftermath, she has heard from plenty of women who could relate to the uncomfortable conversation she had with her former friend in their workplace.

“So I wanted to be an example for every woman who might be on a job somewhere and might be faced with something like that,” she added. “But definitely Black women who have to manage not just their own expectations and responses, but we have to manage ourselves. And we’re a family. Irregardless of your background, every day there is some woman going through something like this.”

As for the instance of being instructed to not get emotional when trying to explain her stance regarding Morgan and why she believed his treatment of Markle was racist, Underwood said that was a particularly jarring moment for her.

“What was most striking was [being] told, ‘Don’t you cry,’” she said. “I’m not tearing up because you’ve hurt me or I want some sympathy. I’m tearing up because I have to restrain that. Because if I had responded then I would have been the angry Black woman, and I think I’m talking to my friend. Somebody I can trust. I think that’s what resonated with Black women out there, but [also] other women because we’re taught, don’t express your emotions in a job. Don’t do anything like that. We have them, but we have them for a reason. So to be told you can’t do something and I’m grown…you get that feeling. I’m a grown a– woman. And then you have to suppress that.”

Co-host Elaine Welteroth also offered support for Underwood, as she too had some uncomfortable moments with Osbourne during the March 10th episode and attempted to share the importance of being anti-racist in these charged times.

“I think when you go back and watch what happened in that episode, you will see two Black women walking the same tightrope that Black women are walking every single day in the workplace,” she stated. “As Sheryl said, we knew that we had to stay composed in that situation, even in the face of someone who was A) not listening and B) who went off the rails into disrespect when we were maintaining our respect within the context of this very, complex, charged, emotional issue. That was emotional for all of us.”

Speaking further on the emotions involved on that day and since, Underwood noted that “I feel like I’m in PTSD because it was a trauma.” She also debunked false narratives that have come out about her. She mentioned a controversy where she said publicly that she hadn’t spoken to Osbourne since the March 10th episode, but Osbourne said in response that she had reached out to her.

“I want to clear something up. There was a discussion about Sharon and I communicating with each other. I have not spoken to and do not have any phone call, missed or received that I can find in my phone,” she said. “But there were text messages sent to me and the reason I did not speak about or acknowledge or even respond to those text messages [is] because they were coming to me during the internal investigation and I’ve never been through anything like this. I didn’t know if you were supposed to communicate or not communicate while there’s an internal investigation. So I want to be clear on this: I have not spoken to Sharon. I have not had a phone call from her and my fear of answering something because something pops up in the media that’s misunderstood.”

For the record though, she says that if she encountered Osbourne and the embattled star greeted her with warmth and sincerity in the future, she would be open to doing the same. However, she learned something about her former co-host and friend that she won’t soon forget.

“What Maya Angelou say? ‘When people show who they are, believe them,’” she said. “Real talk.”

Christina Aguilera ‘hated being super skinny’ in the ‘90s