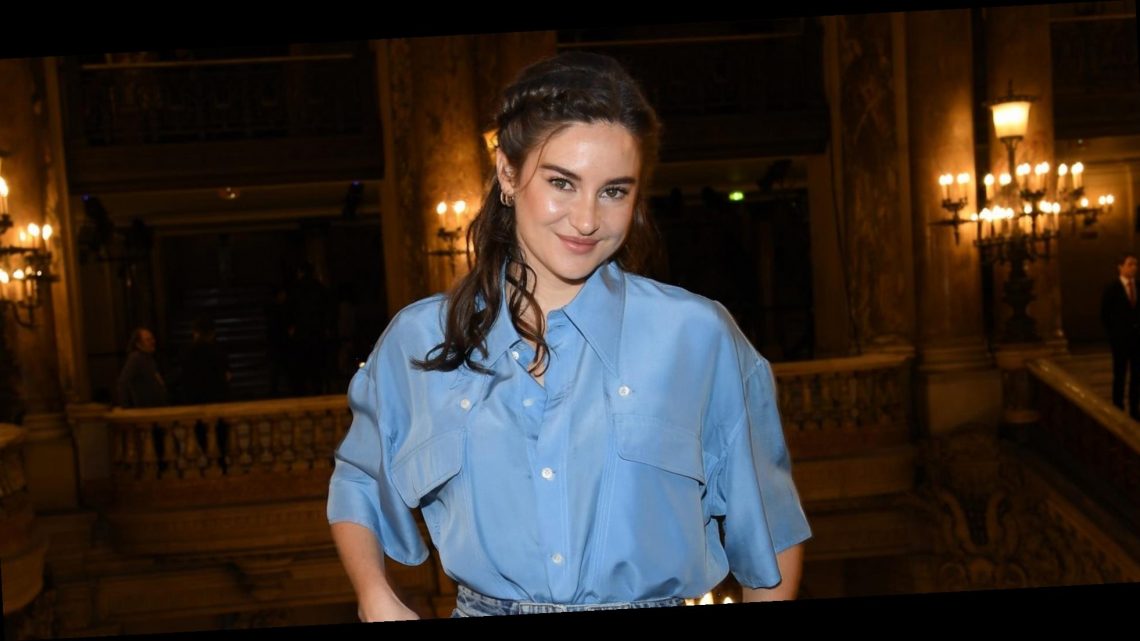 The Most Magical Place On Earth got a dose of new love when Shailene Woodley and Aaron Rodgers paid a visit to Disney World over the weekend. According to Page Six, which published a slew of photos documenting the trip, they were holding hands at Disney World's Hollywood Studios and happened to be wearing coordinated outfits perfect for a day at the theme park.

Woodley was wearing the requisite Mickey Mouse ears over a green baseball cap with "DOG DAD" embroidered on the front along with high-waisted mom jeans, black boots, and a black turtleneck. Rodgers matched the denim with his own blue shorts, opted for a black Star Wars T-shirt, and black sneakers. Both wore Star Wars face masks, as well. Woodley confirmed her engagement at the end of February. Since then, she and Rodgers have been keeping their relationship low-key, only making a few appearances together and keeping their PDA to a minimum. Page Six adds that the two were also seen together in Mexico recently.

Sources close to Rodgers noted that he "wants to protect his relationship with Shailene, and bringing into it the drama of what he is going through with his family is not something he wants to do right now — or at all."

In the past, the source adds, family drama had affected his relationships (he dated both Olivia Munn and Danika Patrick before his engagement to Woodley). After explaining that Rodgers is "feeling like his family is taking advantage of his success," the source went on to say that "Aaron is focusing on starting his own family with Shailene [and] continuing his career in the NFL."