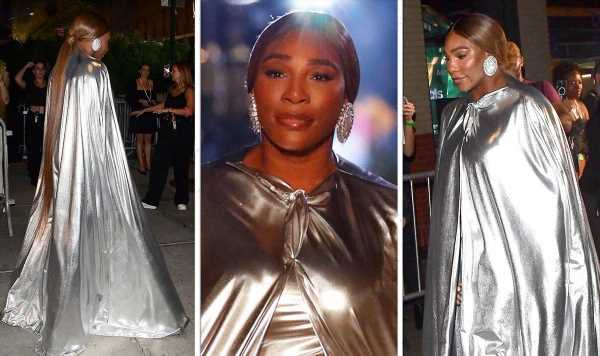 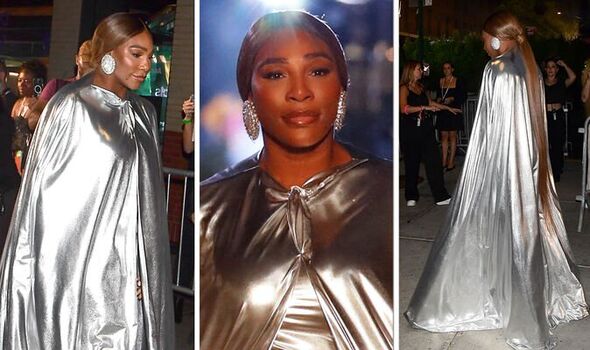 The 40-year-old former Women’s Tennis Association world No. 1 turned heads as she looked almost intergalactic in the metallic dress and cape as she joined the likes of model Gigi Hadid on the catwalk.

The newly-retired tennis champion strutted her stuff down the catwalk in a curve-skimming custom Balenciaga tank dress with a matching cape in silver laminated jersey.

Accompanied by four ball girls who were dressed in white tennis dresses, complete with tennis rackets, a clip of Serena’s 2000 Wimbledon match tournament played in the background. Within the clip Serena had said: “I want people to remember me as the girl who changed tennis or just was able to bring something new to the game.”

Set on a bustling street in downtown Manhattan, Serena was joined by supermodels strutting their stuff as well as pop performances, bursts of dance routines and street drumming.

The event, which was put on to celebrate Vogue’s 130-year anniversary, was a first-of-its-kind and brought together celebrities and designers including Dior, Bode, Christopher John Rogers and many others.

Serena, who was described by the fashion magazine as an “integral part of the fashion-verse”, has always brought a sense of fashion into sport. In recent years, she’s appeared on the court in a boldly coloured catsuit by Nike and a tutu with a one-sleeved top. 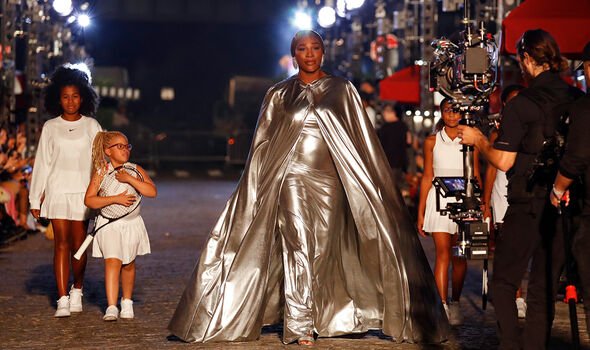 Completely wrapped up in the custom made cape, Serena almost glided down the runway as only her head was visible. The floor-length cape and matching midi-dress reflected the flash of cameras perfectly, making the star stand out, all eyes on her. 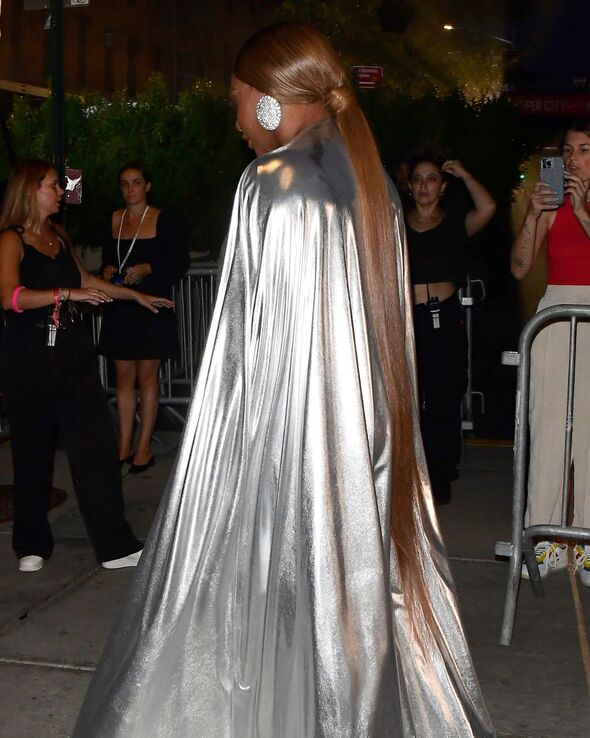 Accompanying the dress and cape, which was buttoned up to the tennis star’s neck, Serena wore large circular diamond earrings. Her hair was also slicked back into an exaggerated lengthy ponytail which ran down nearly the entire length of the cape. 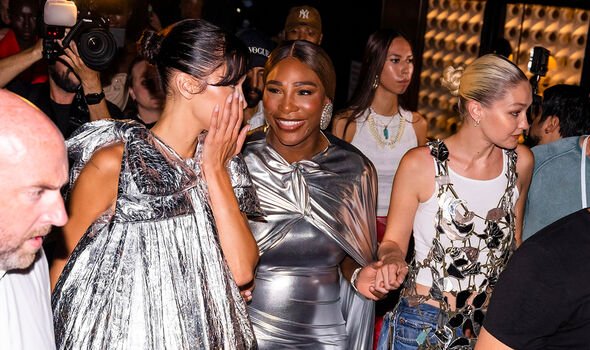 Captured clutching the hand of model Gigi Hadid and her sister Bella, Serena walked backstage at the event, sharing a giggle as she did so. Bella was seen putting her delicate hand up to her mouth seemingly whispering something humorous to the tennis legend. 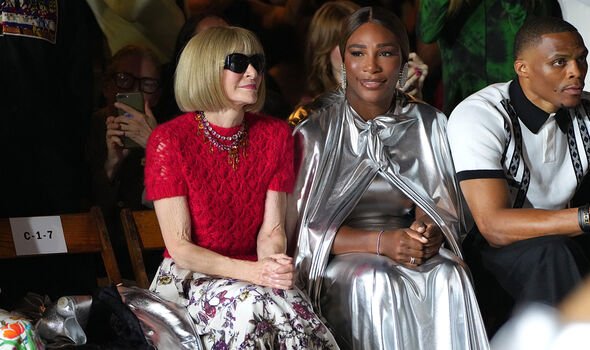 Shortly after taking to the catwalk Serena took pride of place next to Anna, 72, who didn’t disappoint and wore her characteristic black sunglasses, paired with a red knitted short sleeve top and floral skirt. 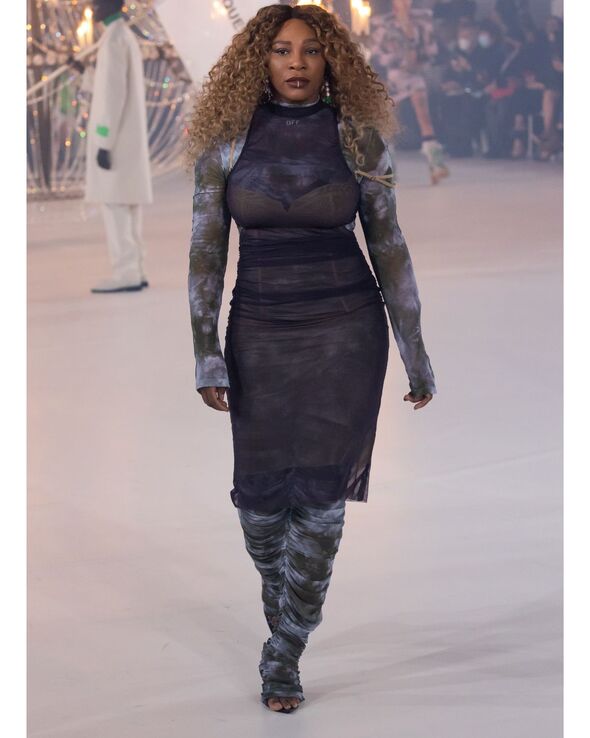 This was not the first time Serena had walked the runway

Back in March 2022 Serena took to the catwalks for Virgil Abloh’s Final Show For Off-White. Pictured in a figure-hugging sheer green bodysuit, covered by a sheer black dress, Serena could not have looked more different for her most recent runway walk. 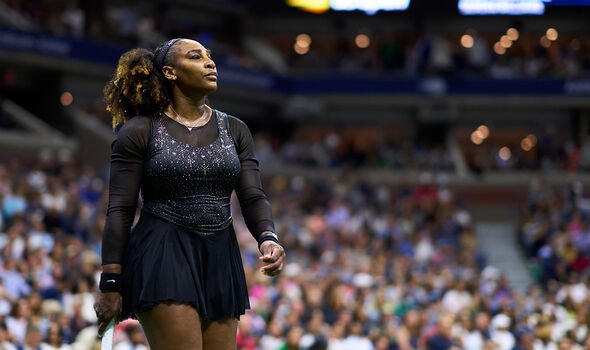 The greatest of all time, Serena has been a fashion icon on court for many years

Having taken to court at the 2022 US Open in what would be her last professional tennis match, Serena dazzled in a crystal-embellished Nike figure-skater inspired look. The glittery dress which has sheer sleeves was paired with NikeCourt Flare 2 sneakers that had her initials “SW” embossed on the side in gold.