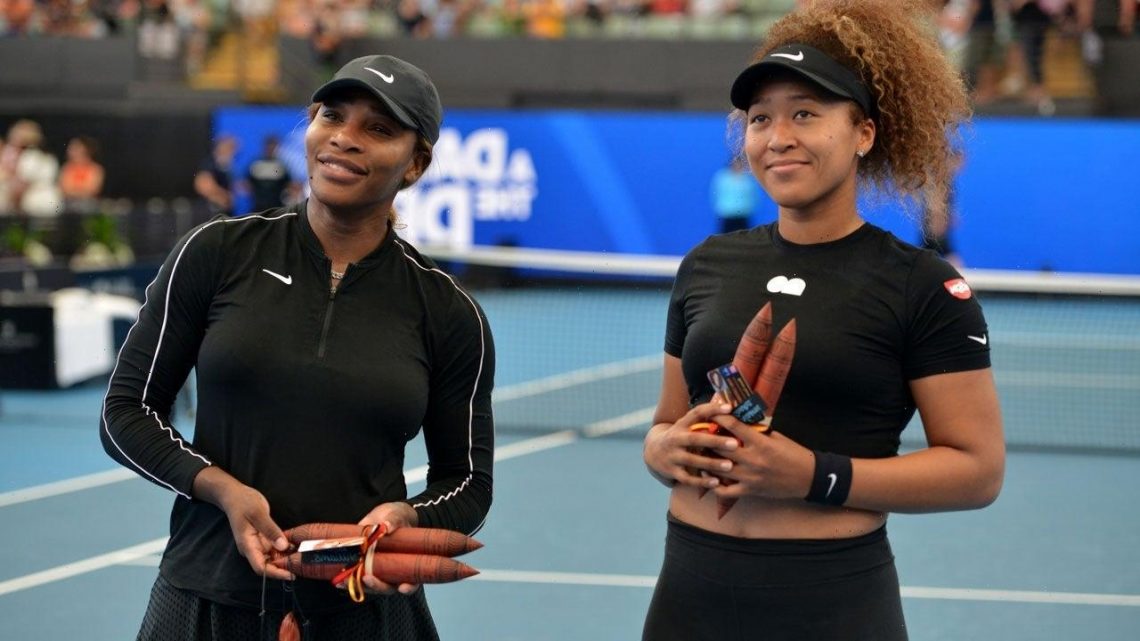 Serena Williams and More Speak Out in Support of Naomi Osaka

Naomi Osaka is getting a lot of support from some of her famous fans and fellow athletes. The tennis star announced on Monday that she would not be competing in the French Open, and candidly opened up about her struggles with depression and social anxiety.

“The truth is that I have suffered long bouts of depression since the US Open in 2018 and I have had a really hard time coping with that,” Osaka shared in a statement posted to social media. Osaka previously made headlines last Wednesday when she announced she would not be participating in press conferences at the French Open, which began on Sunday. She wrote at the time that she believed the practice to be harmful to athletes’ mental health.

Osaka wrote on Monday that she’s always dealt with social anxiety, which is often exacerbated in situations like press conferences. She explained that she was already feeling “vulnerable and anxious,” and viewed skipping press conferences as an act of “self-care.”

In response to her announcement to not compete, many athletes took to social media to address her remarks and support her in her efforts to prioritize her emotional and mental wellbeing.

“I am so sad about Naomi Osaka,” legendary tennis icon Martina Navratilova tweeted. “I truly hope she will be ok. As athletes we are taught to take care of our body, and perhaps the mental & emotional aspect gets short shrift. This is about more than doing or not doing a press conference. Good luck Naomi- we are all pulling for you!”

I am so sad about Naomi Osaka.I truly hope she will be ok. As athletes we are taught to take care of our body, and perhaps the mental & emotional aspect gets short shrift. This is about more than doing or not doing a press conference. Good luck Naomi- we are all pulling for you!

Billie Jean King, a 39 Grand Slam winner and icon of the sport, wrote that it is “incredibly brave that Naomi Osaka has revealed her truth about her struggle with depression.”

“Right now, the important thing is that we give her the space and time she needs,” King continued. “We wish her well.”

It’s incredibly brave that Naomi Osaka has revealed her truth about her struggle with depression.

Right now, the important thing is that we give her the space and time she needs.

We wish her well.

Meanwhile, Serena Williams — who is competing in this year’s French Open — addressed the news at a post-match press conference following her round-one victory, telling reporters, “I feel for Naomi.”

“Not everyone is the same. I’m thick. Other people are thin. Everyone is different and everyone handles things differently,” Williams said, according to the Associated Press. “You just have to let her handle it the way she wants to and the best way she thinks she can. That’s the only thing I can say: I think she is doing the best she can.”

Athletes from other sports have also voiced their support for Osaka’s candid statement and mental health journey, including NFL star Russell Wilson, who retweeted Osaka’s statement and wrote, “We are with you
@naomiosaka #Courage.”

Olympic gymnast Laurie Hernandez also commended Osaka for speaking up, tweeting, “Even though it shouldn’t have to be like this, I’m proud of you for putting your foot down. Your mental health matters and should always come first.”

Even though it shouldn’t have to be like this, I’m proud of you for putting your foot down. Your mental health matters and should always come first. https://t.co/SKJlfTJuGm

Here’s a look at some of the outpouring of support that has come following Osaka’s statement.

You shouldnt ever have to make a decison like this-but so damn impressive taking the high road when the powers that be dont protect their own. major respect @naomiosakahttps://t.co/OcRd95MqCn

It’s so sad that we are in a time that when a young person tells you they need help or a break, people respond with anger and a lack of support! I stand with you @naomiosaka Your mental health is just as important as your physical health ❤️🙏🏾

Proud of you, @naomiosaka. https://t.co/ReCg1K33oA

Let’s boycott the French open. Naomi is the most exciting player anyway. Imagine punishing someone for having anxiety… in 2021.

Naomi Osaka did this for her health, but this is also how leadership works. She gave voice to tens of millions of folks who struggle with how to talk about their anxiety in the face of social pressure. Mental health matters. It’s critical. She stood up for a lot of folks today. https://t.co/SCOFDMOYxr

Naomi Osaka, thank you for reminding us all to take care of and protect our mental health.

Naomi Osaka (@naomiosaka), I’m proud of you for protecting your peace. #FrenchOpen

I have so much respect for Naomi Osaka for her self care under tremendous pressure .she’s an amazing athlete and that’s what is important it’s not about her doing interviews .

Osaka wrote in her statement that she is going to “take some time away from the court now, but when the time is right I really want to work with the Tour to discuss ways we can make things better for the players, press and fans.”

Gilles Moretton, the president of the French tennis federation, said in a statement to journalists published by The Washington Post, “First and foremost we are sorry and sad for Naomi Osaka.”

Moretton said the decision to withdraw was “unfortunate,” and that he wishes her the “quickest possible recovery.” He added that he is looking forward to “having Naomi in our tournament next year.”

Ahead of her public statement, Osaka was fined $15,000 after not appearing at a press conference at the French Open, the tournament organization announced Sunday. The four-time Grand Slam winner could have faced harsher penalties if she continued to refuse to speak to the media.