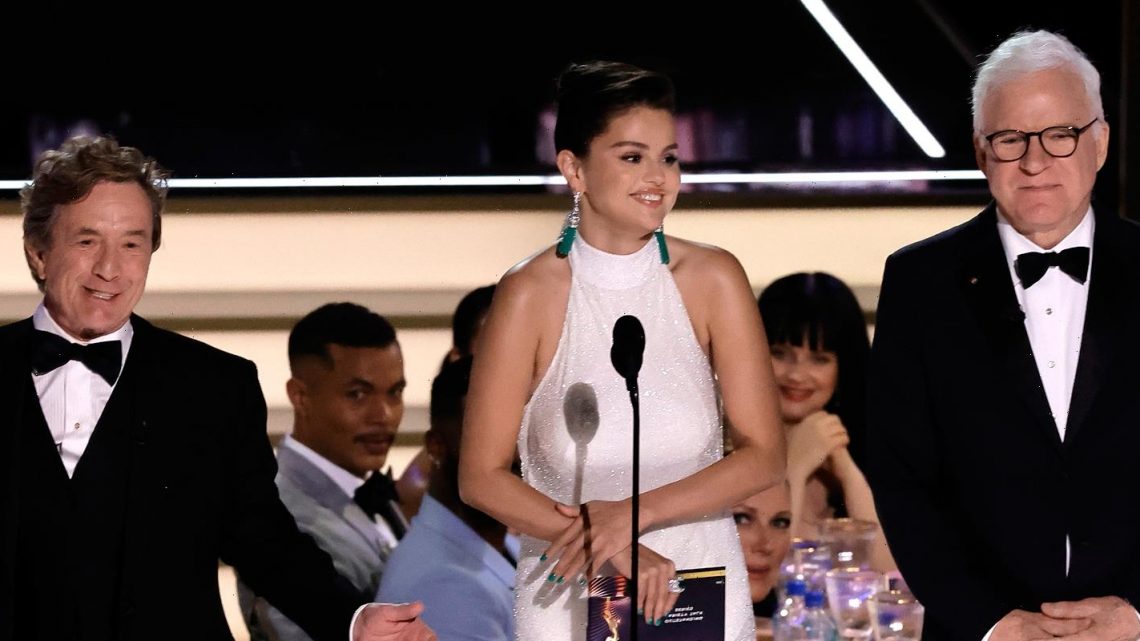 Selena Gomez joined her co-stars Steve Martin and Martin Short on stage at the 2022 Emmy Awards held at Microsoft Theater on Monday (September 12) in Los Angeles.

The 30-year-old actress and producer actually skipped the red carpet earlier in the night, but her Only Murders in the Building co-stars did not.

During their time on stage, the trio joked about each other, including Steve asking Selena, “How much time do we have left?” and she joked about Martin‘s age instead of their time presenting.

While Steve and Martin picked up acting nominations for the show this year, Selena surprisingly did not. She was able to make history, though, as only the second Latina EVER to be nominated for Outstanding Comedy Series as a producer!

The only other Latina to be nominated in that category was Salma Hayek in 2007 for Ugly Betty.

FYI: Selena is wearing a Celine dress with Boucheron jewelry.