Home » Celebrities » Scott Disick Goes Off on Kardashians: How Dare You Exclude Me From Family Events! 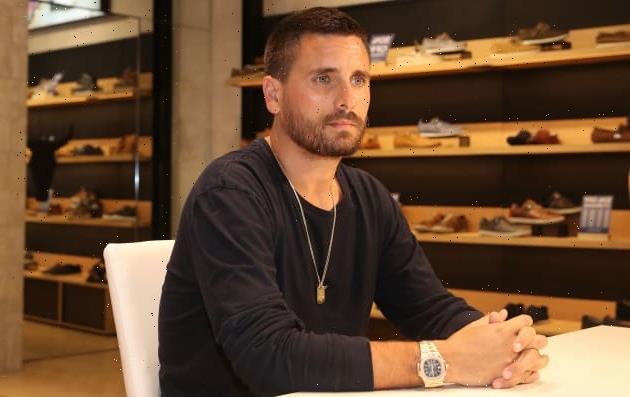 Scott Disick Goes Off on Kardashians: How Dare You Exclude Me From Family Events!

Scott Disick and Kourtney Kardashian were a couple for almost a decadce, and they have three kids together.

So even though they never married, Scott surely began to think of Kourtney’s family as his own.

Even after Scott and Kourtney broke up for the last time back in 2015, they maintained close ties and enjoyed a civil co-parenting relationship.

Of course, these days, Kourtney is engaged to Travis Barker (the couple recently got “married” in Vegas, but the wedding wasn’t official), so she’s naturally spending less time with Scott.

And of course, Scott is no longer as tight with the Kardashian clan as he once was.

All of this is to be expected, as the Kards have affection for Scott, but their main loyalty ultimately rests with Kourtney.

On the most recent episode of the Kardashians’ new Hulu series, Kourtney spoke to her mom, Kris Jenner, about her most recent conversation with Scott.

“He said, ‘This is not the easiest for me and I just — at the end of the day, I want you to be happy, and congrats on the engagement,’” Kourt recalled.

Later in the same episode, Scott met up with Kourt’s mom, Kris Jenner, for lunch.

Kris explained that she often feels like she’s “cheating on Kourtney” when she spends time with Scott, which creasted sort of an awkward moment.

The conversation then turned to Kris’ upcoming birthday party, which Scott had not been invited to.

“Why would I not come over? You told me I was your blood-related son when my parents died,” Scott ranted, noting that Kris “obviously” didn’t feel the same way anymore.

Kris attempted to downplay his concerns, explaining that the party was a catered dinner, and she was limited in the number of guests she could invite.

Scott railed that it was “ridiculous” that she being dismissive of his pain.

“It’s just wrong,” he spat at his ex’s mother, adding that being so casually disregarded made him feel “like complete sh-t.”

“This sounds like the f–king Oscars, and you’re trying to take me to lunch at Maria’s for a chopped salad. What am I, chopped liver?” Disick said in a confessional segment.

Scott wound up being invited to the party, where he made peace with Travis.

Everything seemed to be going well, but in the end, it seems that Scott’s jealousy and insecurity got the better of him once again.

The episode ended with a scene in which Scott irritated Kendall Jenner with complaints about not being invited to her birthday party.

And unfortunately for Scott, the younger Jenner was not quite as sympathetic as her mother.

“I’m so over this s–t Scott, for real,” the angry Kendall seethed at Disick.

Clearly, the Kardashians want to continue including Scott in their lives, but it seems he’s having a hard time grasping that the boundaries have changed.

Obviously, the months after the engagement were rough for Disick, and the situation is made worse by the fact that he’s an only child, and his parents have passed.

But he better figure out how to control his temper ASAP, or Kourtney’s family might cut him off for good.

11 Exciting Unisex Fragrances For Him And Her
Entertainment