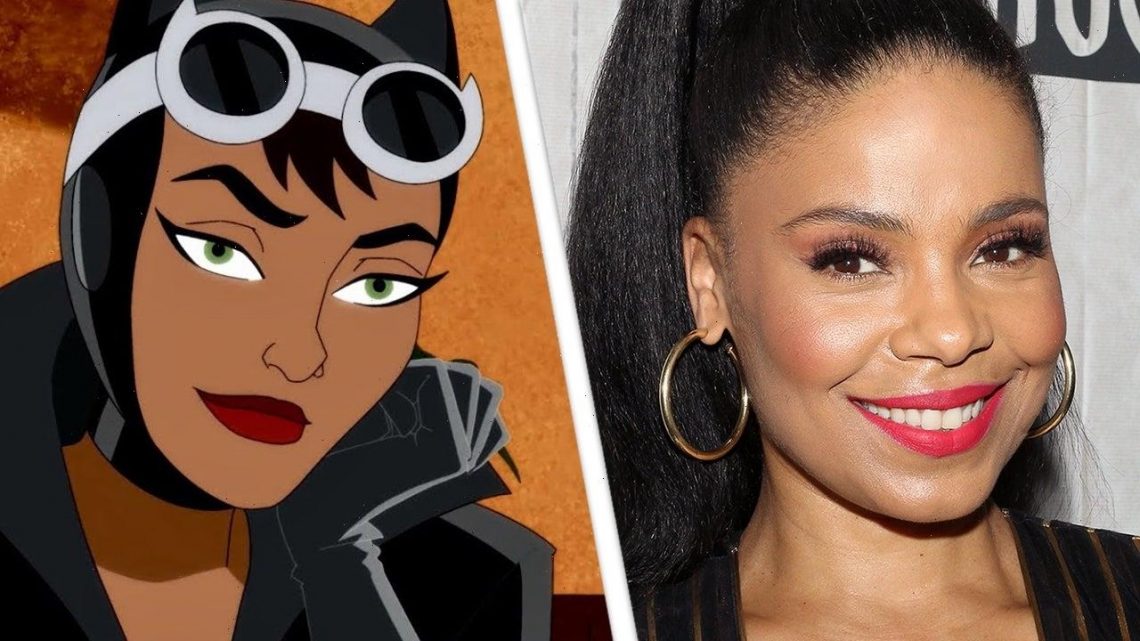 After it was reported that Harley Quinn, the adult animated HBO Max series, was forced to cut a sex scene between Batman and Catwoman, the voice behind the anti-heroine has shared her thoughts with ET.

“Catwoman doesn’t worry about what she wants to do. If she wants that from a man, she’s going to get it,” Sanaa Lathan says, referring to the scene that would have involved Batman performing oral sex on Catwoman, whom she has voiced since season 1.

In June, executive producer Justin Halpern told Variety that he had to drop the moment after “DC was like, ‘You can’t do that. You absolutely cannot do that.’”

He continued by saying, “They’re like, ‘Heroes don’t do that.’ So, we said, ‘Are you saying heroes are just selfish lovers?’ They were like, ‘No, it’s that we sell consumer toys for heroes. It’s hard to sell a toy if Batman is also going down on someone.’”

Starring Kaley Cuoco as the titular villain, Harley Quinn follows her misadventures in the world of Gotham as she creates her own gang of misfit baddies, including Poison Ivy (Lake Bell), Clayface (Alan Tudyk), Doctor Psycho (Tony Hale) and others. Catwoman, meanwhile, is a frenemy of Quinn and Ivy’s who refuses to join the group.

After two acclaimed seasons and nominations for Critics Choice Super Awards and GLAAD Media Awards, the series is set to return with a third on the streaming platform.

When speaking with ET ahead of the series’ debut, Cuoco described the show as “dirty,” revealing that they battle for how many curse words they get to say per episode while Bell added, “We get to ping pong a lot of light comedy, bad words and naughty business.”

Not surprisingly, Halpern’s comments garnered headlines and reactions from fans of the series, which is geared toward older viewers and features adult-themed subject matter. Even director Zack Snyder weighed in, tweeting that the moment was “canon.”

The would-be sex scene aside, Lathan explains why voicing Catwoman has such a special meaning to her. “My mother was in the chorus of a Broadway show back in the ‘70s called Timbuktu. And the star of that was Eartha Kitt,” she says, referring to the actress who famously portrayed the iconic character in the ‘60s live-action Batman series.

After the two performers became close, Lathan remembers Kitt always being around her whole childhood. “She was like a godmother to me,” she says. “And I don’t even remember this, but my mom said I would sit in the mirror and do the [imitates Kitt’s Catwoman purr] at five years old.”

So when the role came through, “I was like, ‘Is that you, Eartha?” Lathan says, adding, “Every time I go in to record, I think of her. And I picture her looking over me. I think it’s just such a cool connection.”

How Many Calories Are In An Apple?
Entertainment