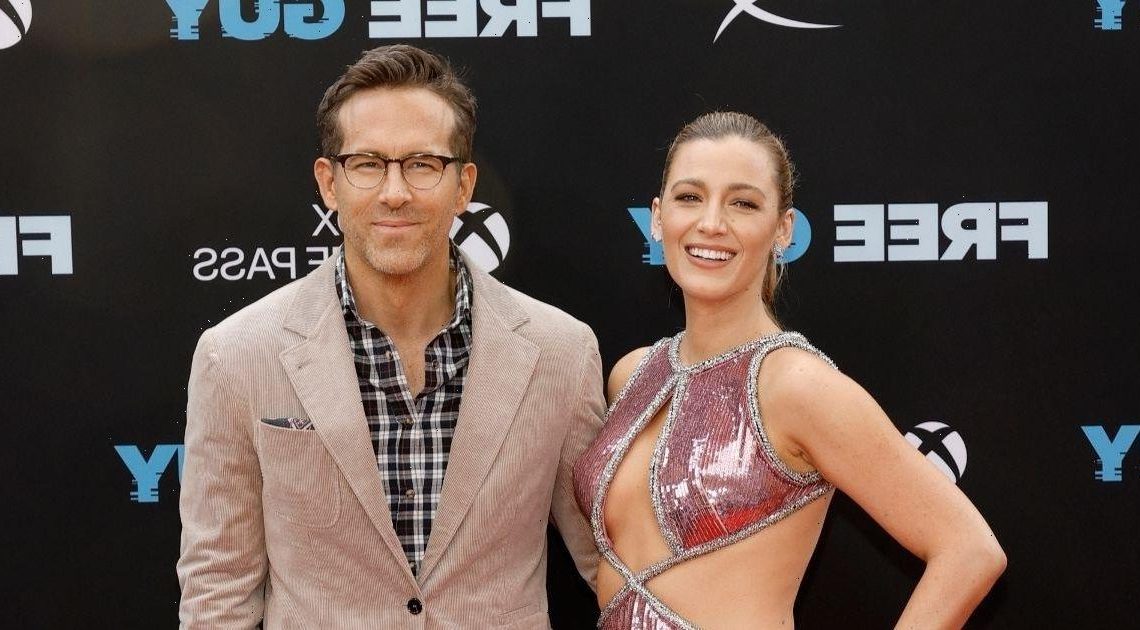 Ryan Reynolds and Blake Lively have been married nine years and share three children, but it seems as though the love is still very much there between the couple.

Ryan, 45, opened up about the secret to a successful marriage during promo interviews for his latest film, Red Notice.

Speaking to ET, the actor said the reason his relationship is so successful is that he and Gossip Girl actress Blake were friends before they got together romantically.

Ryan said: "We don't take each other too seriously, but we're also friends.

"Falling in love is great, but do you like each other? That's kinda the question you gotta ask yourself, you know, going into it."

The pair share daughters James, six, Inez, five, and Betty, two, after getting married in 2012. The pair met while filming 2011 film Green Lantern and fell in love after getting to know each other as friends.

Ryan continued to say that the pair keep things fresh as they "learn" from each other.

He added: "We've always liked each other. We grow together. We learn from each other. So yeah, I'm lucky to have a buddy in that." The star also recently revealed that he planned to take a break from acting after a busy few years in order to spend some more time with his young family.

"We all want to be together during this time. Our kids are still quite young and I don't want to miss it," he explained to People on the red carpet in New York recently.

The star has also talked about his love of being a dad to three girls, telling Access: "When we had our youngest, I was quietly terrified it was gonna be a boy because I didn't know, we didn't know.

"I didn't know anything but girls. I grew up with boys and I was constantly being thrown through walls when there was a perfectly good door 5 feet away."

Over the years, the pair have made some pretty stylish red carpet appearances together.

In August, Blake, 33, stunned in a gorgeous cut out pink dress as she joined Ryan, who was promoting the movie Free Guy, which also starred British actress Jodie Comer.

The gorgeous gown was not only made head-to-toe from sequins but it came with an open back which worked as a great landing place for her stunning curled up-do.

Blake opted to carry the silver piping of the dress into her hair by incorporating dainty silver chains into her ponytail.

For more celebrity updates, sign up to our daily OK! newsletter.

Here's What to Consider When Switching Birth Control Methods, According to a Doctor

I was pregnant at 13 & a mum of 3 by 19 – I hope my kids are smarter than me, but if they mess up I’ll support them
Entertainment