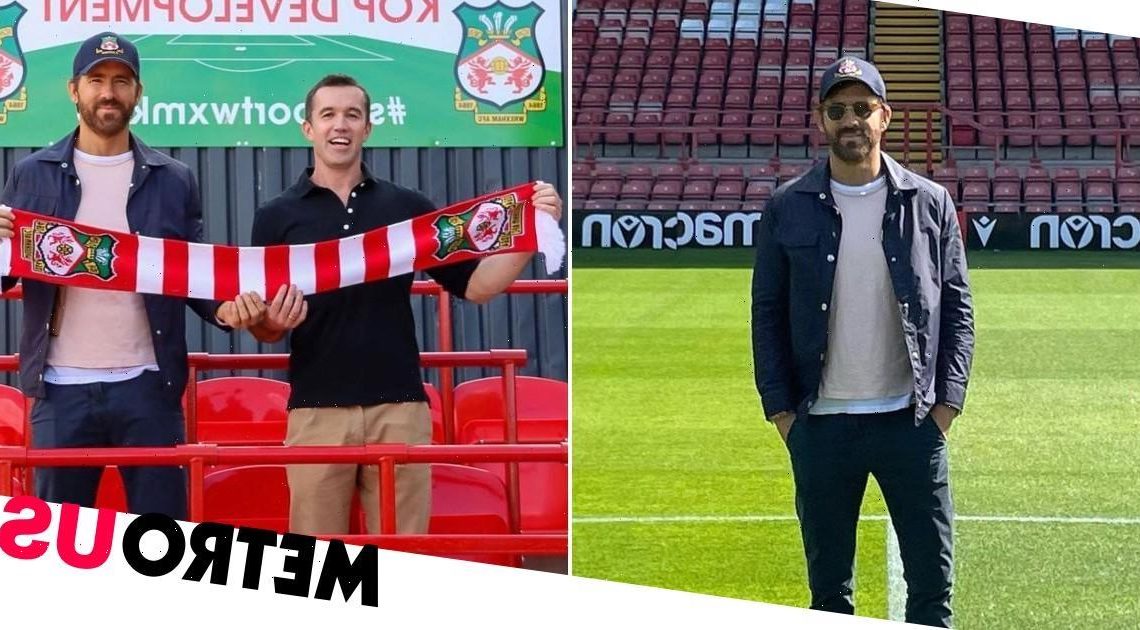 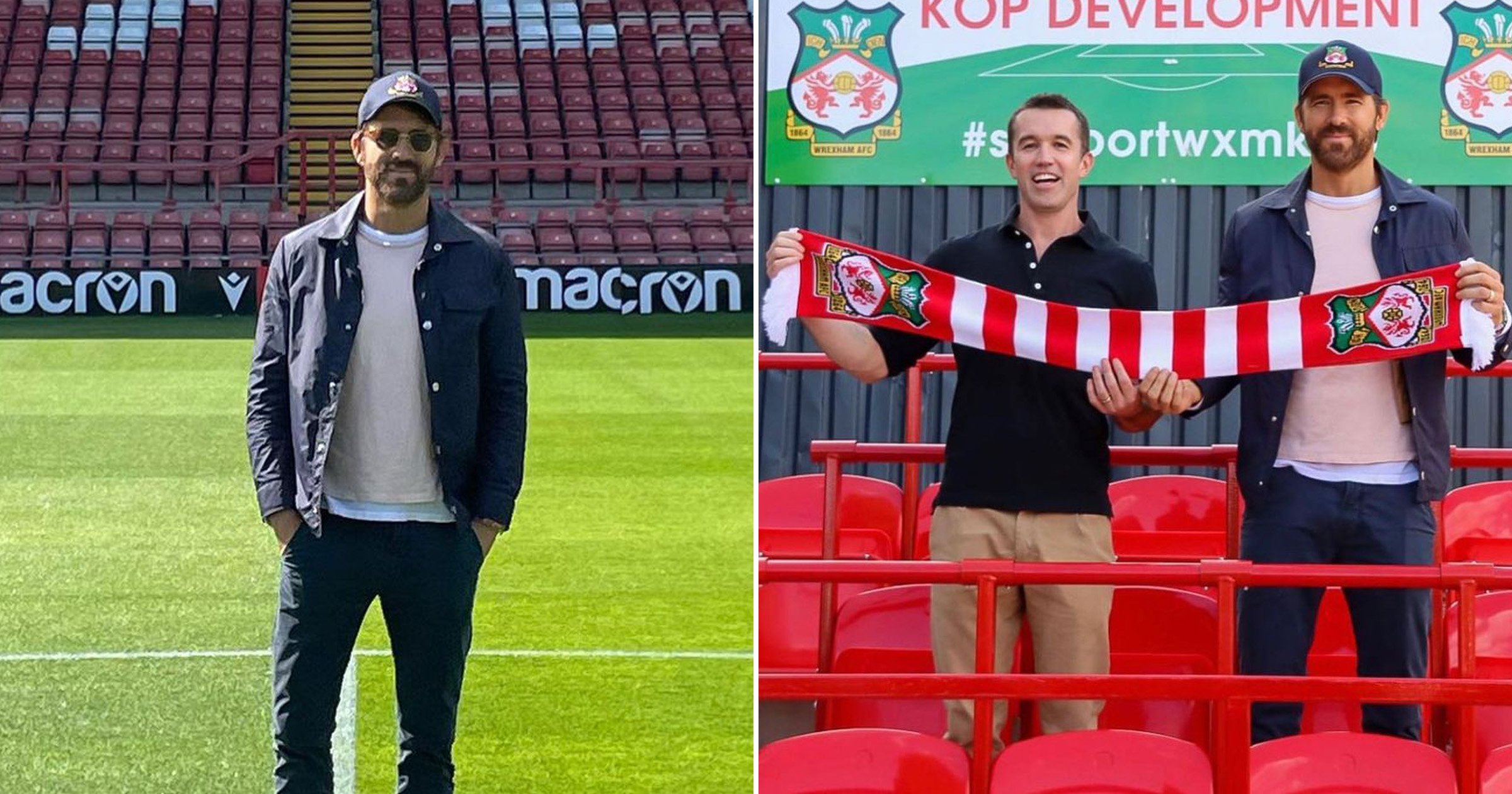 Find us bigger fans of Wrexham AFC than Ryan Reynolds and Rob McElhenney, we dare you.

The stars recently visited the team’s grounds to show their support, after they bought the Welsh club in 2020.

Ryan and Rob bought the club from Supporters Trust for £2million and they’ve since been followed by Disney+ cameras to document their quest to take Wrexham global in a new documentary, Welcome To Wrexham, which includes behind the scenes footage and access.

It’s safe to say the actors have had a very hands-on approach when it comes to both managing and supporting the club, as seen by the latest snaps of them on the pitch.

Deadpool star Ryan took to Instagram to share a series of snaps of the duo at the grounds, including them sitting in the stands and proudly holding up a Wrexham scarf.

‘Made it to church on time’, he captioned the post to his 44.8million followers, with Rob later sharing a goosebump-incuding video to his Story of fans singing and chanting along ahead of a match.

While he’s a proud father of the footie team, Ryan isn’t afraid to admit he doesn’t know it all, recently revealing he’s been leaning on the legend himself, David Beckham, for advice.

The 45-year-old said he’s been trying to tap-in to the former Manchester United player’s football knowledge, and we can’t think of anyone more qualified to give him a helping hand.

With nothing but praise for Becks, Ryan shared: ‘He’s possibly just the nicest guy on planet earth – what’s not to love about him?

‘He’s a great guy, so generous with his time.’

The Hollywood star has also become obsessed with the sport since he bought the team.

Ryan – who is married to actress Blake Lively – is even organising his time around Wrexham’s games.

He told the BBC: ‘I hate to say it but I’m so obsessed with this sport now that I actually hate this sport.

‘Like, I wish it didn’t occupy my every thought so I am living for Saturday for our match on Saturday.

‘I’ve already figured out, because I’m going to be away from home, scheduling the times to make sure I’m not interrupted then I can focus on Wrexham. It’s pretty cool.’

Earlier this month, Ryan revealed that he and now business partner Rob actually developed their friendship over social media.

During a joint appearance on Jimmy Kimmel Live!, Ryan shared that he ‘slide into’ Rob’s DMs after seeing him in an episode of It’s Always Sunny.

‘He did something that was absolutely spectacular. It was one of the most
beautiful things that I’ve ever seen. It was a dance sequence, it was
all black and white and the rain, I genuinely, it was probably, pound for pound, the most gorgeous, beautifully shot and performed three minutes I’d ever seen on television’, he said.

‘And as I’m getting older I’m thinking, I’ve got to tell people when I appreciate them more. So, I happened to follow you on social media and I just DMd you and said, “What I just saw on your show was spectacular!”.’

Their friendship has only gone from strength to strength, although Ryan’s wife Blake wasn’t so impressed when he invested in Wrexham and the couple are ‘still working through it’.