Home » Celebrities » Ronnie O’Sullivan’s bizarre outburst at referee: ‘Why are you touching my hands!’ 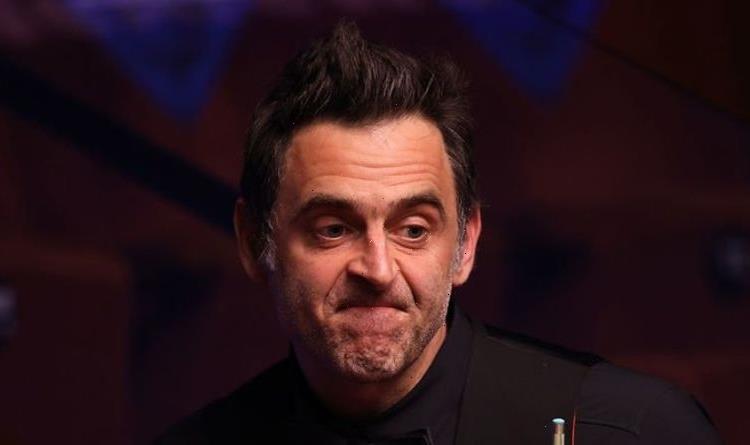 Ronnie O’Sullivan’s bizarre outburst at referee: ‘Why are you touching my hands!’

O’Sullivan is among the big snooker stars in action at the 2021 Champion of Champions in Bolton. Playing alongside him are Mark Selby, Shaun Murphy, Mark Williams and Kyren Wilson. Also involved is John Higgins, the Scot having made history with his 800th career century at the event last year.

And Neil Robertson, fresh from winning the English Open, is also on the bill, having triumphed at the Champion of Champions in 2019.

O’Sullivan this week appeared to shake off comments from Judd Trump that he is lacking belief, and that his rivals are no longer scared to play him.

The snooker player has gone 15 months without winning a major title.

Trump told reporters: “You are just happy to win tournaments these days, it is very hard to win any tournament for all the top players, Ronnie O’Sullivan included.

“Look at Ronnie, he can’t win an event to save his life at the moment.

“Even the so-called smaller events have all the top players still in them.

“I just think he’s lost a little bit of the belief.

“When you don’t win you don’t have the belief and people aren’t scared to beat you.”

JUST IN: Giovanna Fletcher struggles having Strictly’s Tom away from home

He has become known for his no-nonsense approach both on and off the table.

Overtly political in the wake of the Brexit vote, he hit headlines for a more bizarre reason in December 2019.

Playing at the Crucible for the Scottish Open, he refused to shake the referee’s hand over germ fears.

Just before he and James Cahill started the game the referee came over to greet them.

Wanting a fist bump, the referee went in for a handshake, to which O’Sullivan said: “Why are you touching my hands? Germs!”

He added: “I’m a bit OCD when it comes to germs.

“I don’t like touching door handles without using tissues.

“Plus you sometimes get guys who want to crush my hands.”

Fast forward three months following the encounter and lockdowns hit countries all over the world amid the coronavirus pandemic.

People were advised not to shake hands and come into close contact with others.

It appears O’Sullivan, in his fear of germs, was ahead of events.

He went on to dismantle Lilley in what was a relatively straightforward game.

O’Sullivan will play his first match today against Stuart Bingham.

Trump came within a whisker of winning the championship in 2019.

He reached the final and faced Neil Robertson, eventually losing out 10-9.

My neighbours don’t realise I can see them showering & even naked on the loo, it’s mortifying
Entertainment